The Brief – It takes only one question 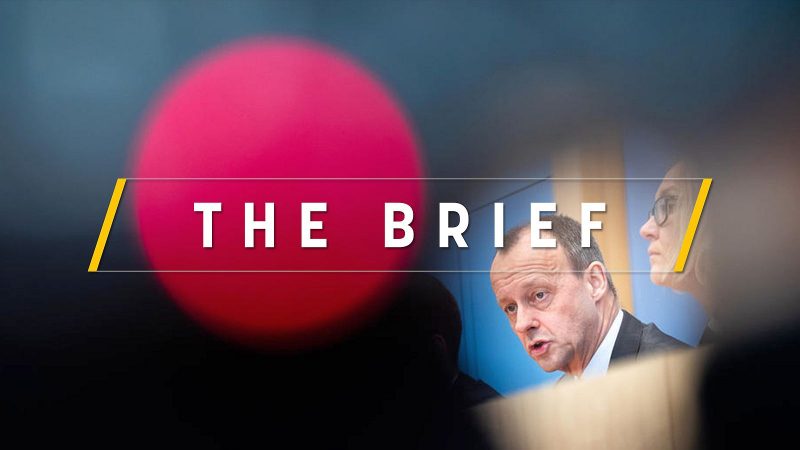 Today is political Ash Wednesday in Germany, a 100-year-old tradition that sees the country’s democratic parties‘ leaders pushing their rhetoric to the limits of fairness. The only thing is, it already took place in Berlin yesterday and prompted quite an outrage in political Germany.

Röttgen was the first to officially announce his candidacy, and he made rebuilding trust in politics the focus of his candidacy. Merz, on the other hand, stands for “awakening and renewal”, and he accused his competitors, Laschet and Health Minister Jens Spahn, of “cartelisation”. Because the two act as a team – Laschet is officially running for the CDU chairmanship, Spahn as his vice-president.

All three candidates to succeed Angela Merkel are white males and come from North-Rhine Westphalia, Germany’s most populated Land with 18 million inhabitants. That’s where the similarities end.

All it took for the division between the two sides, Laschet and Spahn on one, Merz on the other, to come out was one question, the very last question after almost three hours that saw the candidates present their own vision for the CDU and Germany.

Journalists were already preparing to leave when a colleague from Der Spiegel followed on from Merz’s remarks at the start of the conference and asked: “Do I correctly conclude from this that your answer to the problem of right-wing radicalism is the increased focus on clan crime, border controls and so on? And if not, what would it be?”

“The answer is yes,” Merz said without hesitation. As political observers noted, he did not elaborate, and he did not give a “yes, but” or an “it’s both” answer.

“So with this, Merz wants to cut AfD in half? Not gonna work,“ CDU MP Matthias Hauer replied on twitter. Because this is what is at stake for Merz, how the CDU can take back the one million or so voters it has lost to the AfD. But for the liberal branch of the CDU, fighting on the AfD battleground is not the answer.

Ruprecht Polenz, the first CDU Secretary General in the era of Angela Merkel, recalled in an interview with the Süddeutsche Zeitung something “that is rarely noticed”:

So the one journalistic question brought into the spotlight the two sides of the CDU who will be fighting each other bitterly until party delegates put a formal end to it by voting for their new leader in Berlin on 25 April.

Then we will know who will be CDU’s next candidate for the German Chancellor (and Merkel’s successor). Then we will know what course the CDU stands for – a decision of momentous importance for Germany, but just as much for the rest of Europe, and abroad.

A 38-year-old woman was reported as the first case of coronavirus in Thessaloniki, Greek media reported on Wednesday (26 February), as the virus continued spreading through Europe.

At least 50 European Commission’s senior posts remain vacant, as nominations have been pushed down by the legislative rush during President Ursula von der Leyen’s first 100 days.

As Poland plans to build six nuclear plants, it has to inform its neighbours about potential environmental consequences. Given that it has not yet told anyone, except Austria, could this mean that Poland is ignoring international rules?

Switzerland has become one of the first nations to confirm to the UN that it will enhance its emissions reduction target for 2030. But details about its new strategy are still scant.

Microsoft has revealed it has been holding talks with the German economy ministry over whether the company could be contracted as a supplier for Gaia-X, the ambitious European cloud network infrastructure initiative.

There could be a series of ‘obstacles’ in terms of securing an EU-UK adequacy agreement on post-Brexit data transfers and the bloc should therefore “take steps to prepare for all eventualities,” the European Data Protection Supervisor (EDPS) has said this week.