The Brief – Juncker’s plan for the elections? Results 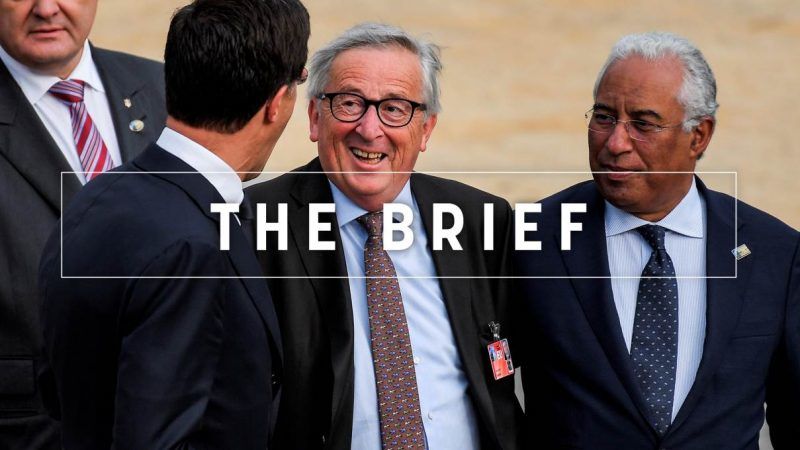 Europe is leaving behind some of the craziest days in months and is now gearing for what looms after the summer break. The coming months will be the moment of truth before the European elections show how far the Eurosceptics and populists have managed to seize control of Europe’s agenda and shape the debate.

Against this backdrop, the European Commission, the EU’s hybrid executive power, knows that the overarching goal has to be “regaining citizen trust” by delivering results, an EU official told the Brief.

This result-oriented narrative will be displayed during the State of the Union in September. It will be Jean-Claude Juncker’s last opportunity to cement his legacy after three decades of European fights, dramas, and pains.

In previous addresses, Juncker focused on restoring the “commonality” among member states. But as eurocrats, MEPs and national governments await the verdict in May 2019, it is high time to prove that the Union brings more solutions than headaches to voters.

The EU executive’s primary goal would be to avoid the original sin of politicians: overpromising and underdelivering. To that end, the institution will focus on fewer issues over the next months, and there will be almost no new initiatives in the pipeline.

The Commision not only cut the number of proposals from 130 to 23, but also wants to ensure that agreements are sealed by the co-legislators before the end game in at least 46 of the 279 pending proposals, seen as priority by the institutions.

Juncker will throw more political weight at the negotiations by pushing his Commissioners to get more involved in the trilogues. Their participation already increased over the past two years, from 11% meetings attended in 2016 to 28% this year.

But the Commission could learn a lesson (or two) from the handling of the migration issue, which is the top challenge according to EU citizens. Certainly, results are important but not sufficient to convince citizens.

Despite illegal arrivals going down significantly, partly thanks to the controversial agreement signed with Turkey, this issue overtook the airtime and discussions over the past months, and will continue to dominate the European agenda in the run up to the elections.

A conflation of factors (the continuous rise of Lega’s Matteo Salvini in Italy, the CSU’s ultimatum to Chancellor Merkel and Austria’s EU presidency) not only brought up migration as the top concern, but is also steering the discussion toward the position of these three hardliners (or the ‘axis of the willing’ to fortify Europe).

It is not the only issue where the extremes succeeded in moving the centre of the discussion closer to their views. Despite all the chaos, lies and unpreparedness, the ‘Brexiteers’ proved their control of the negotiation process when the proposal for the future EU-UK relationship was labelled as ‘soft Brexit’.

A long time has passed (apparently) since that description meant remaining within the customs union and the internal market.

Trump proved this week that he did not need to master the arts of persuasion to bring the trophy back home. The US president just bulldozed NATO leaders into spending more on their armies, sooner.

Making progress on migration, Brexit talks or dealing with the unpredictable Trump could help to gain points before the European elections.

But as these examples show, hard facts and results alone won’t be enough to convince Europeans about EU added value.

Footage of Jean-Claude Juncker stumbling around at the NATO summit raised questions about his health. The Commission’s spokespeople were quick to nix the idea that it was an alcohol-related incident.

The agricultural sector could benefit from European space programmes for access to data with the development of precision farming.

A diplomatic row has broken out after Russia accused the US of being behind the Greek government’s decision to expel two Russian diplomats. The ‘Athens Two’ had allegedly tried to derail a deal resolving Greece’s name dispute with neighbouring Macedonia.

Turns out Trump’s statements on a “captive Germany” is an American campaign to bully Europe into buying American energy supplies, according to Moscow.

No more footy? MEPs voted to amend Commission plans to cut plastic pollution, they also suggested a ban on microplastics, often used in the production of artificial turf.

The Commission also outlined plans for a long-term strategy to meet the Paris Agreement’s goals by 2050 but the maths used to calculate climate targets and costs is dodgy, according to some experts.

The largest-ever amount of illegal pesticides was seized in Europe this week as part of Europol’s annual operation, which spans across the 27 member states.

Trump hopped the Channel for his London trip. Shortly after casting aspersions on Theresa May’s future EU plans, the president took flight over the streets of the capital. Or at least we think it was him…

The EU-China Summit in Beijing on Monday.

Who between France and Croatia will be the winner of the 2018 World Cup in Sunday’s long-awaited final? Belgium and England will also be going head to head on Saturday for the third place.

One response to “The Brief – Juncker’s plan for the elections? Results”