The Brief – Living the Thick of It 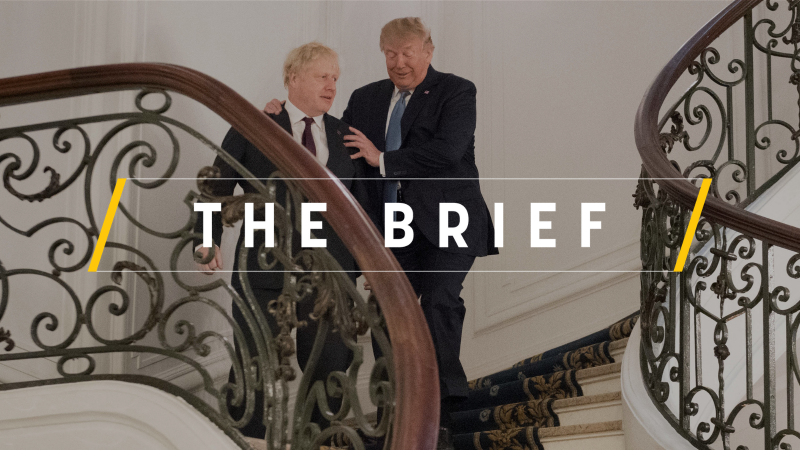 As Tory MP Philip Lee defected from his party live on TV last night and haunted-pencil Jacob Rees-Mogg reclined on the front benches, we were left to wonder: is there still room for political satire when reality is often far more farcical?

British satire arguably reached its peak in the early ‘80s with the hugely influential Yes, Minister and its sequel, Yes, Prime Minister. Watch any episode now and you’ll see how timeless it still is.

That could be because of the intelligent writing or, perhaps, because the UK political system hasn’t really moved on since then. Order!

Its lofty heights were nearly matched by the caustic The Thick of It, inspired by the latter years of Tony Blair’s time in office.

Memorable scenes include opposition party members scrambling over a children’s playground to try and get a mobile signal, a politician accidentally standing in front of a sign that says “I am bent” and a policy known as “quiet batpeople”.

None of that is immediately recognisable as satire nowadays, in a mid-Brexit throes UK. But just think about ferry contracts awarded to companies with no boats and the planned “Festival of Brexit Britain” to see my point.

The US is much the same. How can any satirical-comedy or even political drama hope to exist in Trump-land?

“Greenland is not for sale” would’ve made a good episode of Borgen, while a photo of Trump and Vladimir Putin was eerily similar to a scene from House of Cards.

Unlike 30 years ago, criticising or holding politicians to account through satire now seems almost an impossible ask in a world where the boundaries between fiction and fact have become so blurred.

But Trump and Brexit are, ultimately, a sideshow, the symptoms of wider problems. Satirising a man who thinks you can nuke hurricanes is too likely to descend into pastiche or, more dangerously, give him fresh policy ideas.

That’s why it is so disappointing to see that an adaptation of the Greek crisis talks, one of the defining event of EU politics so far this century, has fallen so flat.

Instead of doing justice to decision-making at the highest level or, depending on your viewpoint, an event that shone a light on the EU’s inherent flaws, reviews warn that Adults in the Room is a bland series of meetings in a series of grey rooms.

Which is a shame, because, trust me, with a little bit of imagination, the EU corridors are anything but that.

So other forms of entertainment need to pull their socks up, seeing how satire is on life support. How about a Vice-style biography about Martin Schulz? Or a West Wing drama about the first female head of the European Central Bank?

UK’s PM Boris Johnson will attempt to force a snap election on 15 October after suffering a humiliating defeat to his Brexit strategy in parliament on Tuesday night.

Despairing at a country she believed was becoming more insular the more its Brexit debate raged, Briton Jess Worsdale decided this year that it was time to move to Ireland for good.

Christine Lagarde promised to respond with “agility” to the looming financial and economic turbulences once she becomes the EBC president in November, while confirming that the current loose monetary stance will continue for a “long period of time.”

Framed as a “reset” in the relationship, Washington’s envoy to Brussels told reporters that Pompeo’s meetings with the new four top officials went “extraordinarily well”.

The new US Special Envoy to the Western Balkans, Matthew Palmer, said a priority in his new role is restarting a dialogue between Serbia and Kosovo.

The Economic and Financial Committee has requested an analysis note from the European Commission to further look into the risks posed by Facebook’s controversial digital currency Libra and the ways to regulate it.

The international negotiations to protect the high seas are advancing at ‘snail’s pace and only resulted in a framework for a future treaty so far.

Climate change could very likely turn the entire EU agribusiness upside down, according to the European Environment Agency.

Meanwhile, Luxembourg will push for a deep reform of the Energy Charter Treaty at the EU level in order to align it with global climate objectives

The French government is launching a series of talks about domestic violence in the country, but the issue of femicide continues to affect the entire EU.

2 responses to “The Brief – Living the Thick of It ”