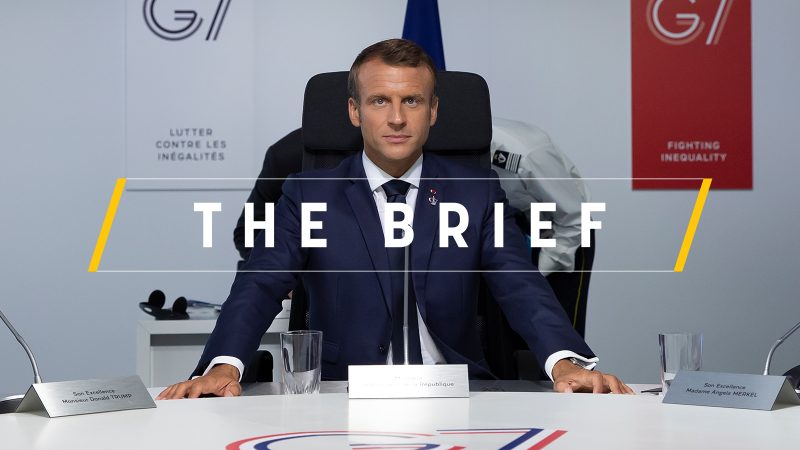 The West may no longer be the leader of the world. But the EU has a new leader and it’s no longer Merkel: it’s French President Emmanuel Macron.

He was the unofficial winner of the European elections, or at least the kingmaker. Then he was the chief engineer at the EU summit that decided the top jobs for the next five years.

At the G7 in Biarritz, he put on a masterclass and achieved a surprising level of consensus, including on Iran. He also developed some bold ideas in his annual speech to France’s ambassadors.

Macron’s vision of world relations can be summed up in one word: multilateralism. His boldest idea is for Europe to be at the forefront of “European civilisation” project, arguing that failing to do so would give space for Catholic Hungary or Orthodox Russia to shape it instead. It’s the spirit of the French Lumières against illiberal democracy.

At the same time, he is also brave enough to call for “re-visiting” Russia relations. The alternative, in his words, is to have a further flurry of frozen conflicts in Europe and to watch the continent change into a strategic battlefield between the US and Russia.

Pushing Russia further away from the EU would be a mistake in Macron’s view, because Moscow would then ally with China, which he said is not at all in the European interest.

Not all in the EU may agree, notably Poland, but Macron sees the current bad state of relations, characterised by Russia’s attempts to undermine the EU via cyberattacks and erosion of democracy, as a result of mistakes committed on both sides between 1990 and 2000.

That involved a zero-sum game in which the West gave the impression that it wants to destroy Russia, consequently prompting Moscow to contemplate the destruction of the West and the weakening of the EU.

Europe will never be stable unless we sort out our relations with Russia, argues Macron, disclosing that at a meeting with Vladimir Putin last week in Brégançon, the two agreed to proceed “step by step”.

In his mammoth speech, Macron did not mention Ukraine, but France will host in September a summit in the ‘Normandy format’ – together with Merkel, Putin and Ukraine’s new president, Volodymyr Zelenskiy.

At least Germany is part of the Normandy format, because it is rather surprising how invisible Berlin seems to have been in recent months compared to the French president’s hyperactive foreign agenda.

The downside (there is always one) is that the French people – and the French media – pay little attention to EU affairs and foreign affairs in general. The G7 meeting got more attention in France mostly thanks to a press conference in which a journalist asked Macron about the pension reform.

Commissioner wrangling continued in Brussels: France finally proposed Sylvie Goulard, Poland’s new pick got off to a flying start and there are doubts over Romania’s candidates. Full coverage in our tracker here.

Political turmoil in Bucharest threatens to bring down the government, just as preparation for the upcoming presidential election is supposed to be coming to the boil. Emmanuel Macron indicated to French ambassadors that Russia should be a bigger diplomatic priority.

Italy failed to form a new government but its president may have some news later this evening. Parties seem to have agreed that Giuseppe Conte can remain PM. In Spain, the Socialist Party is courting the left in order to break the political stalemate.

Boris Johnson asked the queen to suspend the UK’s parliament in order to try and force through a no-deal Brexit. The request was quickly granted by the monarch and prompted outrage. An official petition denouncing the act has already garnered more than 300,000 signatures.

Tesla’s Elon Musk is reportedly ready to build his European factory in northwestern Germany. The electric carmaker wants to take advantage of a growing overseas market and new low emission rules due to come into force soon.

Slowing industrial output, particularly from the car sector, is partly to blame for Germany’s slide to the brink of recession. Government investment at this late hour would take too long to take effect but that hasn’t stopped economists calling for a rethink.

Paper recyclers are “in crisis” as China’s waste import ban, mostly geared towards plastics, hits hard. Prices in that sector have tumbled by 300% while lower prices on the gas markets have filled EU storage tanks much earlier in the season than normal.

The EU-Mercosur trade deal has stoked controversy recently, with Slovakia’s agriculture minister now saying she would block the agreement. The negotiating mandate is still not public and EU trade chief Cecilia Malmström today said it is up to the Council to publish it.

Brazil’s far-right president has decided to accept  (with conditions) fire-fighting funds that were put together by the G7. Here’s Angela Merkel at the summit struggling to contain her laughter when Donald Trump says he has “German in my blood”.

In another edition of EU beard-watch, the results are in: Manfred Weber’s new face-warmer put in a strong showing but ultimately fell to the more established chops of Frans Timmermans. Manfred We-beard has even prompted Brussels artists to get creative.

Italian President Sergio Mattarella could wrap up a final round of cross-party talks today and even grant the Democratic Party and Five Star Movement a mandate to try and form a government. Ursula von der Leyen continues to meet her prospective Commissioners.