The Brief – Postponing the inevitable 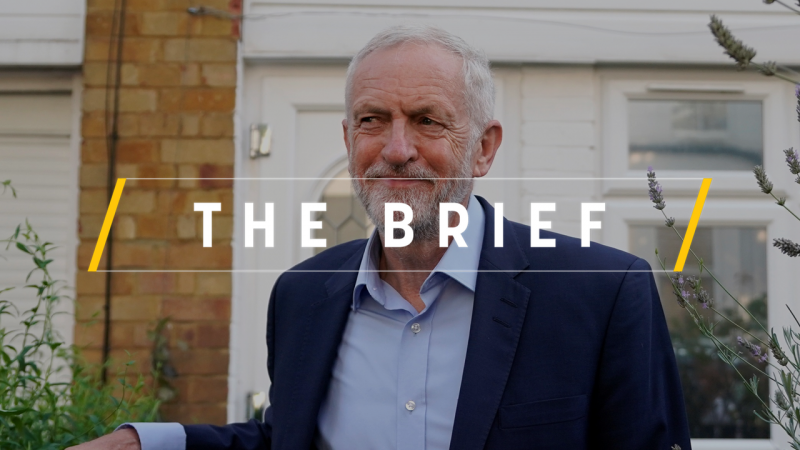 Toppling governments is a tricky business, even when the administration in question only has a majority of one seat, as is the case in the UK.

While Boris Johnson has spent the summer leaving no doubt in the public mind that he intends for the UK to leave the EU with or without a deal on 31 October, opposition forces have been pondering how they can stop him in the likely event that Brussels refuses to play ball.

There is no shortage of procedural devices in Westminster but reconciling competing political interests has long looked like it would be the main stumbling block.

Carrying almost no ideological commitment on the UK’s EU status, Labour leader Jeremy Corbyn simply wants to become prime minister as soon as possible, and last week vowed to table a no-confidence motion as soon as he could.

For their part, the anti-Brexit Liberal Democrats, who have made a significant revival in opinion polls and stand to be among the main beneficiaries from a snap election – they currently have only 13 MPs – would like a national unity government, but with the proviso that Corbyn is not in charge.

Moderate Conservatives want to avoid a no-deal scenario but without having to fight a snap election from which they would almost certainly be barred from standing.

A confidence vote is the nuclear option. It would collapse the government and force an election, which, however, is unlikely to be held before Brexit date.

But it hinges on a group of Conservative MPs being prepared to end their political careers in the process – they would be instantly expelled or deselected as party candidates.

After a cross-party meeting in Corbyn’s office today, the nuclear option appears to have been put on hold – for now at least.

When the summer recess ends and anti-no deal MPs return to Westminster next week, they will instead try to adopt legislation to prevent a no-deal and work to prevent Johnson from suspending parliament in order to push it through.

However, it’s hard to see how this tactic can do much more than put sticking plaster over a gaping wound.

Without an extension from EU leaders, who are probably even more fed up of procedural games in the UK parliament than even British people, UK lawmakers cannot prevent the country from leaving the EU.

It is hard to imagine that this summer’s shenanigans have made Macron & co more amenable to giving the UK even more time.

At some point in the next few weeks, pro-Remain forces are going to have to put their money where their mouth is. That means forcing an election or referendum, or admitting defeat.

Commissioner-watch continued today, as Poland got itself a new candidate, Portugal narrowed its two-horse race down to one and France failed again to reveal its pick. Full updates it our tracker here.

During a marathon speech to ambassadors, Emmanuel Macron failed to mention the chosen one but did a comprehensive summary of his exploits at the G7. Jorge Valero has the wrap-up from the south of France.

Leaders managed to scrimp together €18 million to fight fires in the Amazon, which Brazilian leader Jair Bolsonaro denounced as “colonialism”. He later said he’d accept the cash if Macron apologises. For comparison, the G7 summit cost more than €150m to host and Netflix paid €100m to stream Friends.

Further G7 fallout includes Donald Trump being more willing to meet his Iranian counterpart for talks and Macron announcing a fresh stab at Ukranian peace with Russia and Germany.

The Bundesrepublik wants Poland to take on more EU responsibility as the bloc moves closer to a UK-less future. Foreign minister Heiko Maas said it shouldn’t just be left to the traditional Berlin-Paris pivot.

Romania’s ruling coalition collapsed after a junior partner quit, two months ahead of presidential elections, while talks were put on hold in Italy on forming a new government. Progress has been made in Rome though.

EU anti-trust chief Margrethe Vestager gave a wide-sweeping speech in Berlin that may provide clues to her duties in the next Commission. That included data protection and taxes, areas touched on by MEP Eva Kaili in this interview.

The UK will decide by the autumn whether to allow Chinese firm Huawei to participate in its 5G infrastructure. Its founder is bullish about his company’s prospects.

Where will all the oil go if e-cars become the norm? Petrochemicals could be the safety net. Read more about all things mobility in our Transport Brief. This edition includes an Irish fail, nuclear sail and bikes on a very large-scale.

UK Brexit adviser David Frost is in Brussels for talks on Wednesday, as PM Boris Johnson hopes to capitalise on what he sees as progress during the G7 summit.

3 responses to “The Brief – Postponing the inevitable”