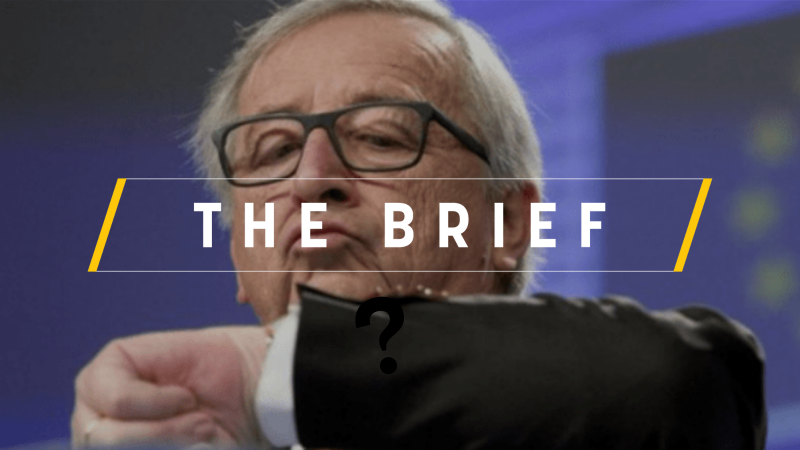 Daylight savings time was meant to be a thing of the past, yet on Sunday we were all still fumbling with knobs and dials. A new Commission was also meant to take office later this week but that is not going to happen either. Time truly is a cruel master.

Head back to August 2018: a pan-European survey showed most people are fed up with the change of clocks and Jean-Claude Juncker blithely announced that daylight savings time would be heading for the scrapheap.

But despite the Commission’s insistence that 2019 would be the last of the biannual tinkering, member states and MEPs put their foot on the brake and decided 2021 will be the earliest possible moment to change things.

Even that remains to be seen, as a number of variables will come into play.

Their biggest concern was transport and how cross-border services will be affected. Countries will be able to opt for whichever system they prefer, old or new, but only if there is no significant impact on the EU internal market as a whole.

That particular headache will wait for Ursula von der Leyen’s Commission, if it ever takes office that is.

Earlier today, the president-elect’s team confirmed that France’s Thierry Breton and Hungary’s Olivér Várhelyi have her blessing to join the new college of Commissioners. This progress aside, we are still in for quite the waiting game though.

Romania’s ousted government named former MEP Victor Negrescu earlier today but he is yet to be anointed by von der Leyen. Attempts to form a non-socialist government in Romania might derail his candidacy too.

Then there is also the small matter of the UK maybe needing to send a Commissioner to Brussels too. Would Boris Johnson go nuclear and deploy Nigel Farage, as some politicians have suggested, or stick with the tried-and-tested-and-unaffiliated Julian King?

That is a lot of moving parts and a lot can go wrong. MEPs riled against Sylvie Goulard not just because of her perceived integrity shortcomings but also the size of the job on offer. That has still not changed.

A Commission spokesperson today also could not confirm if Hungary will controversially keep the enlargement portfolio. A switch could still be on the cards but if Budapest keeps the gig, MEPs might yet again flex their muscles.

The latest plenary agenda has a full vote on the Commission pencilled in for 27 November but the tentative 1 December launch date is looking more in jeopardy by the day.

Von der Leyen’s executive was supposed to be working on big-picture dossiers like migration, climate change and industrial policy. Come to think of it, so was the UK government. Both are instead having to watch the sands of time fall away.

A message from BP: Watch as BP Chief Economist Spencer Dale, with the help of two illustrators, explains in just 5 minutes the role of natural gas as we move to a world of net-zero carbon emissions.

Russia and Ukraine need a sense of urgency in their talks on gas transit for Europe, the European Union’s energy chief said after the latest round in Brussels failed to yield progress.

German businesses are nonplussed with the new Brexit extension, thanks to the uncertainty it preserves. But export forecasts are nonetheless seeing an increase, something which has more to do with Donald Trump than with the UK’s pending EU exit.

Each unilateral measure harms the global value chain, to which 70% of global trade is linked, and no one except Trump benefits from the ongoing trade wars, Bernd Lange, head of the European Parliament’s International Trade Committee said.

The EU tabled plans to significantly reduce total allowable catches in the North-East Atlantic and the North Sea for fish stocks such as cod, which are at risk of collapse.

UK politicians vote again on whether to have an early general election. The opposition Labour Party confirmed earlier today that they would vote in favour of the snap poll.