The Brief, powered by BP – Ursula’s wheel of fortune 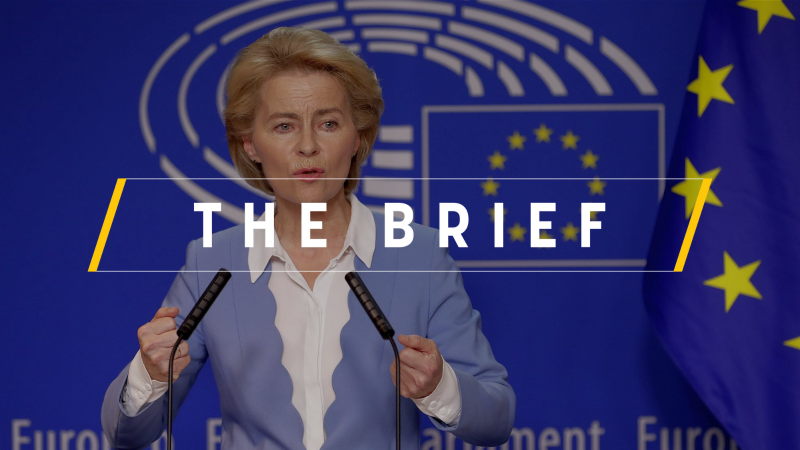 When the crunch time comes in Strasbourg tomorrow (16 July), what exactly will be the key factor in deciding Ursula von der Leyen’s fate? Other than the fact that voting is secret and each MEP is free to do whatever they want.

The odds are slightly in the German’s favour but opposition is also steadily rising in all political groups, including her very own EPP.

Last week, von der Leyen gave each political family ample time to grill her on a range of issues for which she clearly had no time to prepare.

And who could blame her? She had but a couple of days to read up on and consult about a variety of topics, from gender balance to climate and trade. In the end, she resorted to making broad and vague promises to everyone, which she then fleshed out somewhat in response to demands from Socialists and Liberals.

On Tuesday, she’ll go through the same ordeal yet again and the answers she will provide will hardly differ in detail from the ones we heard last week. Except that she will have had more time to decide how far she can go with political pledges.

So what exactly will decide her fate?

Will the EPP be led by the thought that, at the end of the day, they got the Commission presidency but lost a lot of other political weight? And could do better when the next hand of cards is dealt?

Will the latest promises of minimum wage and unemployment benefits be enough for the Social Democrats, still angry for narrowly failing to install Frans Timmermans at the Commission’s helm?

Will Spain’s Social Democrats defy their own prime minister (whom many others accuse of selling out the group’s interest in return for getting his own guy’s the High Representative post)?

Will Eastern Europeans realise that they probably cannot get away from the rule of law, as when it comes to von der Leyen’s Commission, Timmermans will stay on as the rule of law paladin, and that they ended up the big losers in this round?

Will the Greens reckon that another candidate will be more versed in climate and environment and just power Europe towards climate neutrality in no time?

Finally, will Macronistas in Renew Europe accept that Margrethe Vestager will (not) be equal in standing to the first vice-president, Timmermans? Will a promise to hold a conference on the future of Europe be enough to convince them?

Or will all of them realise that horse-trading is a risky business with an unpredictable outcome? In the end, if von der Leyen is rejected, it will be down to the same 28 leaders, with more or less the same agendas, to work it out, so there are no guarantees that the result should be any different.

On top of that, there is also the knowledge that everyone would have to work extra days, and long days too, to resolve the new impasse, staying in Brussels until the end of July, or even in August.

Is it worth risking everyone’s summer holidays? How many MEPs will vote Yes just to be spared extra hassle?

Perhaps voting should be made public after all…

Our wind farms, based in the U.S., kept 2.5 million tons of carbon out of the air last year. At BP, we see possibilities everywhere… to help the world keep advancing.

If Ursula von der Leyen is approved as European Commission president this week, her own centre-right EPP may actually lose influence in the next EU executive, given the political affiliation of the candidates likely to form the bulk of her senior staff.

Von der Leyen may be a relatively unknown name in Europe but we Germans are familiar with her work, most recently as the country’s defence minister, writes Martin Schirdewan.

Part of the EPP has serious doubts about von der Leyen’s nomination for President of the European Commission and may not support her, said Bulgarian MEP Radan.

In the game of thrones for the EU’s top job, it was right to distance from the federalist goal of choosing Spitzenkandidaten and instead return to the intergovernmental concept of deciding in the European Council, Polish foreign minister Jacek Czaputowicz told EURACTIV.com.

Czech PM Andrej Babiš may have survived a no-confidence vote on 27 June, but his coalition government is torn by internal strife and appears to be nearer the end than at any point in its past 12 months.

Reactor 4 of the Ukrainian Chernobyl nuclear power plant has been covered with a new arch and is the largest mobile structure ever built by humans. This time, it has been co-financed by the EU.

Need we say it? Ursula von der Leyen addresses the European Parliament and answers questions from MEPs, who vote on her Commission presidency at 6pm CET.