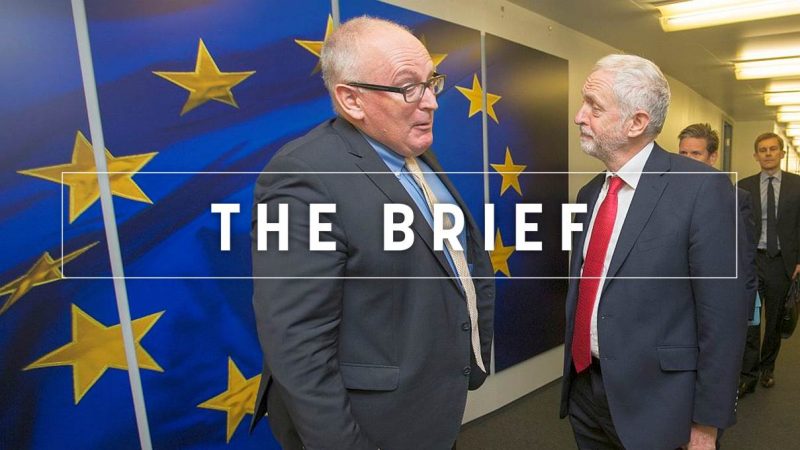 The twists and turns of Brexit never stop. It is now increasingly likely that UK citizens will take part in the European elections in May, and might even play a decisive role.

If the EU elections were held with the UK participating, the European Parliament would consist of 751 MEPs as it does now. After Brexit, their ranks will be whittled down to 705. At this stage, we still don’t know when, or if, the UK will leave.

Labour could obtain up to 30 MEPs, according to the latest UK poll, possibly changing the balance in the Parliament in favour of the Party of European Socialists. This could, in turn, crown their candidate, Frans Timmermans, as the new Commission president.

But would this be fair, if the UK is indeed set to leave?

Parliament President Antonio Tajani was extremely sombre at the EU Brexit summit on Wednesday, when asked about the implications of holding an EU election in the UK. Tajani is the No 2 of the EPP-affiliated Forza Italia party of Silvio Berlusconi.

Referring to the short time the UK MEPs could possibly spend in the next Parliament, Tajani spoke of a “reduced democratic space”, saying that everything that could harm the image and dignity of the institution should be avoided.

“We cannot accept the European elections being seen as a sort of game […] We cannot jeopardise the principle of popular representation because of this uncertainty,” Tajani said, repeating that games played at the expense of European citizens and their representatives are unacceptable.

Timmermans himself said today that the “political reality is that if we know, by election day that, they are going to be out by 1 November, the decision in terms of deciding about future of the EU of course will be different”.

If the election were held in the UK today, Labour would win with 38%, the most recent opinion poll shows. This would send some 30 MEPs to the Socialists and Democrats (S&D) group.

The Tories would get 23%, the same result as in 2014, but their MEPs would sit in the ECR group, created when then-Prime Minister David Cameron left the European People’s Party.

The latest projection of the future Parliament, from 29 March, (made under the assumption that the UK would not take part in the EU elections) shows that S&D would get 142 seats, versus 188 for EPP.

The 30 or so Labour MEPs are unlikely to close the gap. However, S&D is working on a “Progressive Alliance” with Greens, liberals and leftists, a manoeuvre which, if successful, could send the EPP into opposition for the first time.

Consequently, the Progressives’ leading candidate could claim victory and its prize: the job of Commission president. Their chief, Udo Bullmann, is convinced this is how it will play out, with or without Brexit.

“Our common candidate, Frans Timmermans, has the best chances to become the next Commission president, no matter what happens with Brexit,” Bullmann told EURACTIV.

The EPP, always the strongest single party, will certainly mount a challenge of its own.

The ensuing confusion might benefit French President Emmanuel Macron, who wants to get rid of the Spitzenkandidaten system and perhaps push to install Michel Barnier, the chief Brexit negotiator, as president. Not a bad endgame.

As expected it was an Brexit all-nighter again with trick or treat for UK’s Theresa May as EU leaders agreed on a Halloween exit date.

ECB President Mario Draghi warned that the uncertainty around Brexit was weighing on the eurozone’s growth but said he was still “hopeful” that major disruptions could be averted.

Chinese State Security Law forces companies based in the country to “provide assistance with work relating to state security,” a senior Huawei official in Brussels has said.

As many as 78% of Germans say economic inequality between EU member states damages Germany. And two-thirds believe in the need for EU reform, with a greater focus on social issues, according to a new survey.

Calls for a carbon tax in Germany are gaining traction. But the fallout from the yellow vests movement means the government is wary about implementing one.

Development aid spending by EU members saw a slight increase to $87 billion in 2018 (€77 billion) compared to 2017, according to new data published by the OECD.

Oh and if you missed Jean-Claude Juncker nearly setting the first lady of Rwanda on fire… well here’s the video.

Want to know what’s happening in Europe? The Capitals brings you the day’s headlines from our newsrooms across Europe. Subscribe here.