The Brief powered by CEN-CENELEC- Juncker and the press 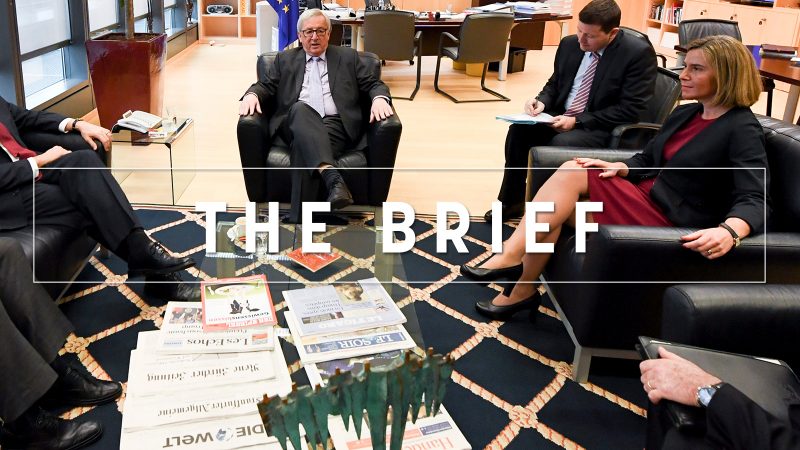 A hopefully useful exchange took place at the Commission midday briefing on Monday and Tuesday (8-9 April) about whether Commission President Jean-Claude Juncker is accessible to the press.

The midday briefing is the best place to take the EU temperature. With the European elections approaching, journalists believe it would be great if Juncker was more open to press conferences and interviews. Even more so as he is not a candidate for re-election, which provides him with more freedom and moral high ground.

On one side, the journalists say that Juncker has very rarely appeared in the press room where the midday briefings are held, which happens to be the biggest press room in the world and is open every working day.

Juncker’s spokesperson’s service has a different view. Its chief, Margaritis Schinas, keeps repeating that Juncker has held hundreds of press appearances, not only in the Berlaymont building but in the European Council, the European Parliament and many places across the world, during his many visits.

Journalists are not happy with such an answer, because in the Council, for instance, at the end of summits, very few questions are allowed, often to the surprise of Juncker himself. Even fewer questions are allowed abroad, and they are often agreed in advance with the host country.

Schinas said Juncker had spoken 17 times in the Berlaymont press room during his mandate, roughly once every three months. EURACTIV asked him to send the list.

Schinas sent it – here it is – but he said he was “hurt” by such a lack of trust. We apologise for having been so rude.

Among these 17 appearances, there is one all journalists remember: when he announced the (controversial) appointment of his chief of cabinet Martin Selmayr as the new secretary general of the European Commission on 21 February 2018.

Juncker actually likes to speak to the press. He offers good quotes, has incomparably vast experience and can still be surprising, even though sometimes he repeats himself. And he has a great sense of humour.

We watched at random one of the 17 videos. On 14 February 2018, Juncker in fact reprimanded Schinas in front of the media, as the latter was trying to cut short the Q&A: “I instructed you to take some questions before I leave,” a frowning Juncker told his chief spokesman.

The sad truth is that the spokesperson’s service is not helping Juncker with the press. It is protecting Juncker from the press, largely at the request of Selmayr, who is the real boss in this domain as well.

EU and China agreed on a joint declaration as Beijing makes last-ditch concessions to bolster the rules-based international order and tackle industrial subsidies.

Frans Timmermans, the Social Democrats’ Spitzenkandidat, will try to form a progressive majority after the EU elections. He might, however, need some of ALDE’s ‘progressive liberals’ and extend a hand to Macron’s En Marche.

Slovenia has recalled its ambassador to Croatia over an unfolding scandal allegedly involving Croatia’s secret service operations in Slovenia.

EU lawmakers have backed measures to clamp down on the spread of online terrorist content, including an obligation for platforms to remove offending content within one hour of reporting.

Hundreds of hours of negotiations and nearly five years later, the Energy Union is “completed” according to EU climate boss Miguel Arias Cañete,

Kazakhstan called presidential elections on 9 June, after Nazarbayev’s resignation while still fit to govern surprised both the Kazakhs and international observers.

No-deal makes no sense when it comes to agrifood, the EU’s Agriculture Commissioner Phil Hogan said when presening a set of contingency measures.

Google’s global chief for Energy Market Development will meet with senior European Commission officials to stress the importance of data access in the digital transformation of the energy sector.

Meanwhile, the Commission will make the case for scrapping national vetoes on environmental tax changes and for finally updating the bloc’s venerable nuclear treaty.

The EU has begun preparations to retaliate over Boeing subsidies, an EU official said, a day after Washington listed EU products it plans to hit with tariffs in their aircraft dispute.

Want to know what’s happening in Europe? The Capitals brings you the day’s headlines from our newsrooms across Europe. Subscribe here.

Hopefully, the last Special Brexit summit of its kind before the UK’s exit from the bloc (or a long extension), starting at 6 pm.