The Brief, powered by EK – The Macronian Candidate 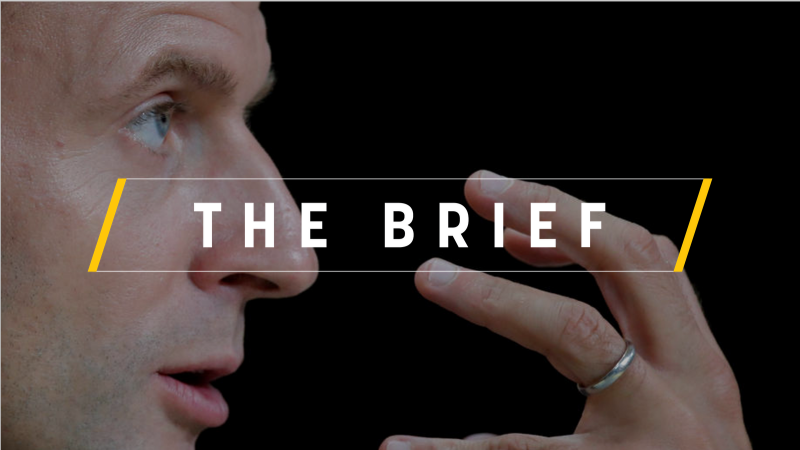 If a sleeper agent trained by a hostile foreign power were to infiltrate the EU’s structures of power, with the aim of launching subtle acts of sabotage, could they hope to do much better than what Emmanuel Macron is doing at the moment?

The French president is having quite a month. First, his actions provoked an inter-institutional spat between the Parliament and the Commission, from which it will be difficult for the EU to recover.

Sylvie Goulard, his pick for Commissioner, saw her candidacy torched by MEPs, whose motives were a mixture of genuine scrutiny and score-settling. Macron made things even worse by then insisting that he had warned Ursula von der Leyen of the risks of picking Goulard.

The French president had himself sowed the seeds for the vendetta when he moved the Spitzenkandidat goalposts in July and parachuted in von der Leyen. That is a cross that the German president-elect will likely have to carry for the next five years.

The result of that farce? Almost certainly a delay of handover from Jean-Claude Juncker to his successor. German media reported today that a month extension is already official.

Dive deeper still and the impact on issues like climate talks, European Investment Bank reform and long-term budget talks, all of which will be on the end-of-year agenda, could be very significant.

All of that can arguably be chalked off as inexperience, arrogance or plain bad luck on the part of ‘Jupiter’. After all, few could’ve predicted that the Parliament would have the gumption to ditch Goulard with such relish.

But France’s insistence on blocking enlargement talks with Albania and North Macedonia must surely strip Macron of his tenuous hold over the title of ‘EU champion’.

Advocating for reform is admirable – it is much needed in Brussels – but this is nothing short of betrayal on an international scale and only emboldens the EU’s rivals.

Contrast this decision with Russian meddling in Montenegro’s elections and courting of the Serbian government. That subtle manoeuvring looks like a waste of roubles now.

Copy and paste the same conclusion vis-a-vis China’s purchasing of influence, and even US operations in the EU’s backyard. Macron has put their destabilising efforts to shame.

The chances of Macron being a Manchurian Candidate are, hopefully, slim. So what is he up to? The answer is simple: the opening of talks is just a trump card, to be played for Macron’s own benefit.

At this week’s summit, political and perhaps public pressure could push the president to make a concession.

That won’t come cheap. Diplomats are briefing that Macron might insist on guarantees for his replacement Commissioner pick or even tweaks to the EU’s long-term budget.

His entourage have already confirmed that he will not announce a new candidate until after the end of the summit, which von der Leyen will also attend.

EU Council boss Donald Tusk might play the saviour role though and steer the debate away from Brexit in order to move things along. It could be a perfect final chapter for the Pole if he pulls it off. He’s already had talks with Angela Merkel to prepare for the showdown.

Whichever way you look at it, two countries and the security of an entire European region are just pawns in a game to Macron and his fellow leaders.

Message from the Confederation of Finnish Industries (EK)

Finnish business wants to secure an efficient circular economy policy. In circular economy goods are designed to be reused and resources remain in use as long as possible. It plays a key role in providing solutions to climate change and scarcity of natural resources. It is also a business opportunity offering prospects for new growth.

Macron will attend his first pre-summit meeting with other leaders affiliated to the Renew Europe political family tomorrow. The name of telecoms regulator Sébastien Soriano has emerged in the Goulard-replacement chatter.

Romania’s president tasked a former transport minister with forming a new government. If successful, Ludovic Orban will have to propose a new name to von der Leyen. That would mean the EPP having the most representation in the new college with 10 Commissioners.

The delay of Commission handover could indeed slow talks on the EU’s long-term budget. Visegrad Four countries have criticised the Finnish presidency’s handling of the issue, accusing the Scandis of “failing to be an honest broker”.

EU ambassadors meet at 7pm today to take stock and Donald Tusk says it will be known by 11pm when Brexit could happen. The Council boss has teased that the “foundations of an agreement” are now in place.

A group of cross-party UK politicians has insisted that whatever deal emerges this week must be put to referendum in order to get the green light from the British parliament. If they get their way, an extension will almost certainly be needed.

The European Investment Bank delayed a big decision on scrapping funding for fossil fuels until November. Gas industry executives insist that their product should be labelled ‘green’ when it forces coal out of the energy mix, while support grows for an EU plastic tax.

Italy’s German-speaking northernmost region flirted with constitutional crisis over a proposed linguistic tweak. A reversal of policy avoided what some commentators branded ‘a reverse Anschluss’.

One in three European kids live in unhealthy homes, according to “alarming” new data. EU’s health chief Vytenis Andriukaitis has warned that century-old production models cannot hope to feed the world in a sustainable way.

Be sure to check out our latest ‘Visions for Europe’, as well as all the editions published so far in the run-up to EURACTIV’s 20th-anniversary celebration.

October’s Council summit kicks off, pre-summits in the morning/early afternoon, as well as a clearer picture on whether there will be a Brexit agreement, extension or even a no-deal exit.

One response to “The Brief, powered by EK – The Macronian Candidate”