The Brief, powered by EUSALT – Beware the Ides of March 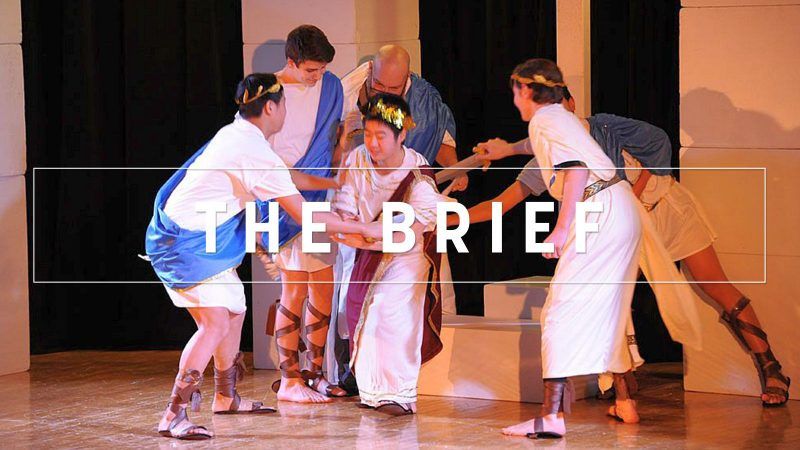 Pessimists in the EU say the Brexit saga couldn’t get any messier. Optimists say: yes, it can.

Here is the latest. The EU-UK negotiating teams bashed out a draft divorce deal, beating the odds to deliver it just in time for a special EU summit on the issue on 25 November.

What happens next? The very man who negotiated it (albeit not from the beginning), Brexit Secretary Dominic Raab, resigned saying its terms are unacceptable.  You can’t help feeling something’s a little fishy here.

And Raab is only the tip of the iceberg, with more resignations tendered and probably pending, as well as a growing realisation that Britain’s politics has plunged into pure chaos.

The path to where the UK is now is strewn with foolhardy claims and broken promises, and the end is not in sight.

In fact, some observers believe that May’s opponents are plotting a Roman Empire-style coup to overthrow her, possibly even staging a no-confidence vote this week, perhaps even as we write this.

But even without that, a rejection of the deal in parliament is on the cards, thanks in part to Tory Brexiteers who are set to vote against it.

God only knows what will come next, but it does not bode well for the country’s orderly withdrawal from the EU on 29 March 2019.

Germany’s Europe Minister Michael Roth tweeted that Brexit was a tragedy that not even Bill Shakespeare would have come up with.

Obviously, the history of ancient Rome provides fertile ground for roleplay, with some doubts about how to cast the dramatis personae.

Can Theresa May be Julius Caesar, backstabbed by her co-workers? Even if, unlike him, she knows it’s coming? Or is she going to be Caligula, cowering behind a curtain as dramatic events unfold?

And who is Nero, fiddling away while Rome/London is burning? Is it Nigel Farage? Or perhaps Boris Johnson, the man who suddenly realised that the planned transition period will mean complying fully with EU laws, without having a say?

Johnson could also fare well as Tarquinius Superbus, the last king of Rome before the Republic, who is said to have gained the throne through murdering his wife, his elder brother, and his predecessor.

The role of Brutus is still up for grabs, though it could be a matter of jumping forward a couple of millennia to Agatha Christie’s Murder on the Orient Express for inspiration, where it turned out ‘they all did it’.

In any case, three clear options have emerged from the chaos: the Brexit deal, the no-deal Brexit, and no Brexit.

If May were to step down and call snap elections, Labour is more than likely to win. Which means all eyes on Jeremy Corbyn, the man who could hardly be called a Europhile.

Whoever succeeds May – if indeed she steps down  – will have a hard time trying to avoid a second referendum.

The EU has held the better cards than London all along, but this is not about supremacy, or who will blink first.

With 29 March drawing ever closer, it will be a race against time to find the least bad option, but what looks bad to the pessimists could turn out to be good for everyone.

Currently, there is a lack of harmonisation throughout the EU, with different thresholds & varying access to fortified salt within the single market. Harmonising legislation will enable better competitiveness & contribute to a healthier nutritional diet for those Europeans who lack key nutrients. Full article by Aliénor Poher, Eusalt, here.

Since late yesterday night, Europe is staring down a Brexit doomsday. While the EU is preparing its war plan for the coming weeks, British PM Theresa May’s cabinet crumbles.

But while the deal could still fall apart in the end, for one man it is already a personal victory.

Seemingly on another planet, Italy sticks to its guns in a revised draft budget the country submitted to the EU.

Romania goes lethal against Brussels over a looming rule of law procedure and plans to challenge the Commission’s latest report in court.

MEPs called for stricter control on arms exports and demanded a sanction mechanism to be put in place on those countries that systematically fail to comply with common criteria.

On the climate front, the German coal commission pressed to agree on a speedy phase-out plan as the country fails to cut emissions. Spain is also going to ditch nuclear and coal power. Meanwhile, the EU’s ‘just transition fund’ gesture muddies budget waters.

Protecting your health, eating good products and avoiding courgettes in winter… In street interviews at the Aligre market in Paris’ 12th arrondissement, Parisians showed their considerable concern for the food they eat.

Forests and Frankfurters: Ever heard that Germans’ love of meat is causing destruction in Latin America?