The Brief, powered by EUSALT – How to win the European elections 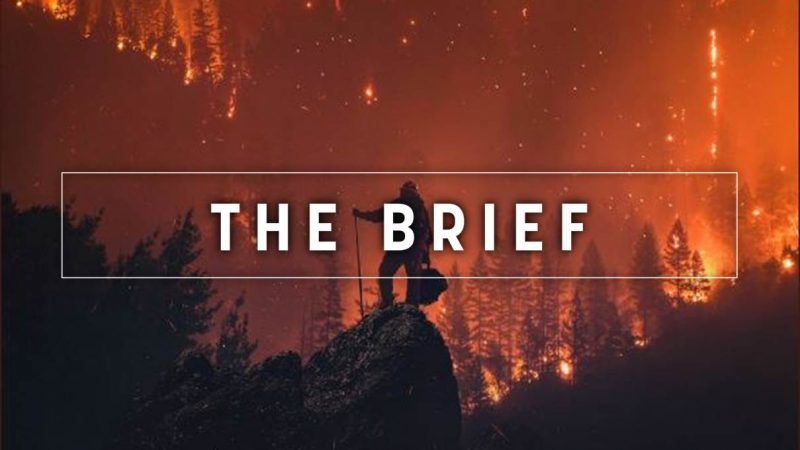 One news story dominated headlines this week but you won’t find a mention of it in today’s Brief. Instead, let’s look at how European politicians could win the next elections. Oh, and save the world while they’re at it.

The EU has had to waste plenty of financial and temporal resources on a certain negotiating unit over the past year or so, which is a shame, because the 600 pages held aloft by Michel Barnier this week pales in comparison to what the Commission will publish on 28 November.

Last Wednesday’s announcement will eventually seem completely inconsequential because the EU executive’s long-term climate strategy for 2050 has nothing to do with a political party dragging an entire country into wrack and ruin, it will be about every single one of us.

The so-called LTS will give Europe’s nations eight options on how they can meet the goals of the Paris Agreement and hopefully avoid the catastrophe clearly spelled out in the UN’s recent landmark report.

It won’t contain specific goals for politicians to argue long into the night over but it will give EU capitals a clear choice: will they endorse a scenario where Europe goes emissions neutral by 2050, as supported by the European Parliament, or will they delay as they have on so many other occasions?

That is why the outgoing Commission will give the Council a buffet of options to choose from, instead of imposing something on the member states after already getting through so much work on its clean energy package from 2016.

Though the EU executive will not nail its colours to a particular plan, we just so happen to have elections in May, smack-bang in the middle of when talks on the LTS will be ongoing.

So the door is wide open for political forces to take up the net-zero option and even use it as the tent-pole of their election campaign. And I’m not just talking about the Greens, the most obvious platform for this. Any of the main groups could use it as a powerful vote-generating tool.

Macron has used the legacy of the Paris Agreement to excellent effect during his presidency and his hosting of the One Planet summits has also elevated him to the position of climate paladin.

Alexander Stubb’s go at trying to secure the EPP’s nod to be its lead candidate, although unsuccessful for reasons out of his control, focused on the ‘Next Generation’ of Europe.

What better symbol of looking after the next generation than this can you genuinely think of? It’s not empty campaign promises, nice-sounding soundbites or lies on the side of a bus, it’s a tangible plan laid out in front of our eyes.

The European Parliament has already launched a somewhat tepid attempt to get people, particularly young people, to vote next year. Rallying around something more than pie-in-the-sky hopes for Europe’s future is what the EU’s political forces should be targeting.

Currently, there is a lack of harmonisation throughout the EU, with different thresholds & varying access to fortified salt within the single market. Harmonising legislation will enable better competitiveness & contribute to a healthier nutritional diet for those Europeans who lack key nutrients. Full article by Aliénor Poher, Eusalt, here.

Next week EU foreign and defence ministers will look East: For the first time the militarisation of the Azov Sea, which diplomats say has been effectively blockaded by Russia, will be on the agenda.

Unprecedented convergence of French and German thoughts, which incurred the wrath of America, could mark a turning point for further European defence integration.

The EU is reviewing its financial support to Tanzania in response to recent moves undermining “human rights and the rule of law”.

Calling within Europe will be cheaper: telephone operators will no longer be able to charge more than 19 euro cents per minute for calls within Europe from 1 May 2019.

Whether it’s for heating their swimming pools or to power their air conditioning systems and home appliances: Rich people win most from regulated energy tariffs, an EU official says.

No one knows the exact figure but the authorities in Madeira consider that about 6,000 Venezuelans of Portuguese descent have taken refuge on their island.

European actions have had a clear positive impact on animal welfare, says the Commission. But the Court of Auditors was not completely convinced in their latest report.

Here they are: the 40 most influential Twitter accounts of 2018! For the second time running EURACTIV.com and ZN Consulting have put together a list of digital influencers in the EU bubble.

And FINE, one piece of Brexit-related news: Donald Tusk gave downcast Brits a glimmer of hope by confirming that the EU is ready for a “no Brexit scenario”. Perhaps Theresa May will shock everyone by repealing Article 50, resigning and retiring to the countryside….

Over the weekend, UK-EU negotiators will hold another two meetings to thrash out the future relationship text ahead of a extraordinary 25 November European Council.