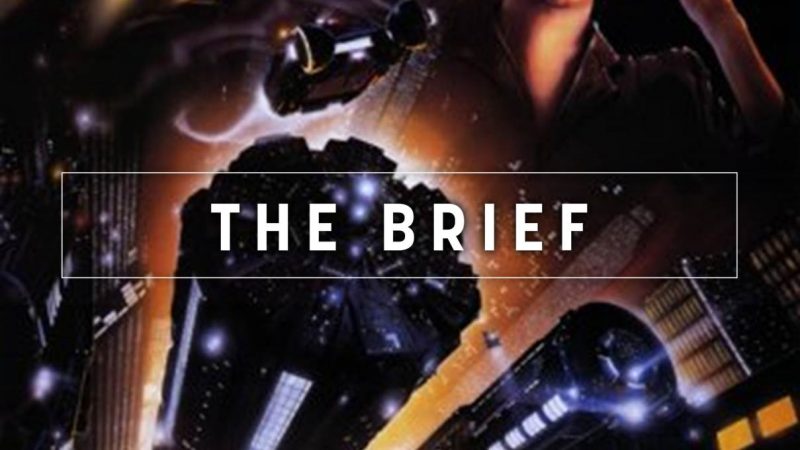 Killer robots, sex robots, huge video ad panels and flying cars. The world may well be closer to looking like the dark melting pot Blade Runner imagined for this 2019, aside from intergalactic battles and constant rain. But this year we won’t be worried about robots going rogue, at least for now, but who will become their almighty master.

When the movie was released in 1982, the year this Brief’s author was born, the man of the year for Time magazine was a machine. But the Commodore 64 was light-years behind the artificial minds being designed today.

Technology was the driving force of economic growth then as now. But nowadays it is not computing, the pillar of the third industrial revolution, calling the shots anymore but artificial intelligence.

As Blade Runner already pictured, smart robots will shape the reality we live in from now on.

In the 80s, two heavyweights were competing to become the dominant tech champion, and thus the economic superpower. But at that time the US’s concern was not China but Japan.

Despite the numerous similarities, today’s economic war is more dangerous, primarily because Donald Trump is sitting in the Oval Office. Most experts agree that the Trump Administration’s goal goes beyond cutting its trade deficit vis a vis China, but to lead the race in the digital era.

If the conflict between Washington and Beijing continues, the planet risks splitting again into two economic blocs, just like during the Cold War.

Today’s China  is not the Japan of the 80s either. Despite both economies booming, Tokyo had neither the capability nor the ambition to become a hegemon. China not only seeks to shape world affairs but aims to conquer the stars.

As the US is getting ready to celebrate the 50th anniversary of the moon landing, China last week became the first country to land a spacecraft on the dark side of our satellite, a major achievement in space exploration.

“It’s a small step for the rover, but one giant leap for the Chinese nation,” Wu Weiren, the chief designer of the Lunar Exploration Project, told state broadcaster CCTV, paraphrasing Neil Armstrong’s famous words from 1969.

In contrast, Europe is running out of ‘moonshots’ or giant leaps. EU members almost tripled since the early 80s and the family has become closer.

But today the bloc lacks a common vision and a shared ambition to pursue major steps as we once did. The Union struggles to keep pace in the tech race that will change our workplaces and lives, while it continues to muddle through today’s challenges.

Jean-Claude Juncker once called for the completion of the European project while the sun was shining. But as in Blade Runner, for Europe, it’s always raining.

**Editor’s note: Jorge Valero insists that he is not a replicant, although results from a Voight-Kampff test are still pending.

Circularity unfolding – our event will kick off 2019 with insights on best practice as applied to the packaging loop and next steps from industry, leading brands, and specialists.

Register now and join us for a compelling debate on 23 January 2019 in the Residence Palace in Brussels.

We are back from Christmas break and a week ahead of a crucial vote in in London. There is a danger we could end up with no Brexit at all, UK PM Theresa May admitted.

With this in mind, the UK planned rehearsals for a no-deal Brexit amid fears of road and port chaos. It was denounced as “too little too late“.

As France takes over the G7 Presidency, fighting inequality and global warming as well as closer relations with Africa will be among its prime objectives.

The purchase of new fighter jets by Bulgaria has pitted the country’s president against its prime minister.

On the other side of the world, New Caledonia is leading the way and is now ahead of a European directive that aims to ban single-use plastic items by 2021.

The General Affairs Council under the Romanian Presidency. It is also the first GAC where Poland’s rule of law matter is not on the agenda.