The Brief, powered by PLATFORMA – Would you Buymayr or Selmayr? 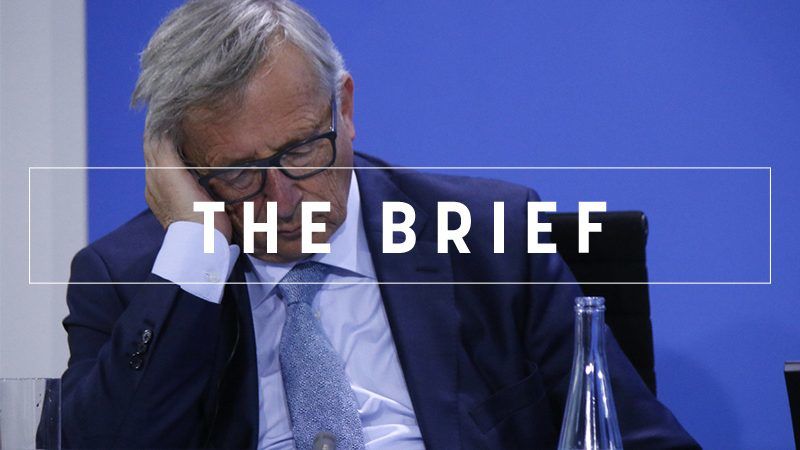 The Brief is EURACTIV's evening newsletter. [360b/ Shutterstock]

As a Twitter sage asked yesterday, would you Buymayr or Selmayr at this point?

The controversial way in which Jean-Claude Juncker’s chief of staff was promoted Secretary General of the EU executive is an unfolding scandal with the potential to sink the entire Commission.

Jean Quatremer, the star journalist at Libération, who first smelled the burn, already has the scalp of Jacques Santer on his belt. The then EU Commission chief resigned, which means the entire commission resigned, over the fictitious jobs case involving French Commissioner Édith Cresson and her dentist.

Juncker said he had known that former Secretary General Alexander Italianer wished to resign on 1 March when he appointed him to the post in the summer of 2015. He said he had kept the secret until the day he announced it, in order to preserve his authority, but Selmayr obviously knew. Quatremer calls it a coup d’état: everything happens as if Juncker, increasingly tired, announces symbolically that he is giving the keys of the house to his favourite eurocrat.

It is now official that EU Commissioners who had to approve Selmayr’s promotion were caught by surprise in the same way as the journalists in the pressroom were minutes later. In fact, a diet of leaks meant that journalists were less surprised. The Commissioners are hardly Selmayr fans.

Our colleague Pekka Mykkanen from Helsingin Sanomat quoted Selmayr as saying in 2016 that Juncker regards some of the Commissioners as boring as “walking sleeping pills” – a reminder that people in glass houses shouldn’t throw stones. Meanwhile, former Commission Vice-President Kristalina Georgieva on one occasion described the atmosphere around Selmayr as “poisonous”. He later made sure she left the Commission after she failed to be elected UN Secretary General.

The little lies, including about how many candidates there were for the intermediate job of Deputy Secretary-General (“several”, “less than four”, “two”…), have prompted MEPs to seek answers to “ethical questions” or even an inquiry by the European Parliament.

Quatremer alleges that Selmayr is buying the Commissioners’ silence, including by improving the financial package and perks they will receive after the end of their term. The Commission has denied it but its credibility has been dented.

While the Greens are at the forefront of the uproar, calling for a postponement of budget discharge until the Commission answers ethical questions, the EPP is opposed (unsurprisingly, since Juncker and Selmayr are their own), the liberals are scratching their heads, and the socialists are divided. By the way, the latter don’t even have a boss now.

The Conference of the Presidents of the European Parliament could, in principle, take a decision tomorrow to put the Selmayr issue on the agenda for next week’s plenary session in Strasbourg, but without the liberals and the socialists this seems unlikely.

If anyone will get Juncker’s scalp, our bet is it will be a journalist and not an MEP. The Machiavellian world around Juncker still has many secrets untold. Despite being faced with a chorus of disapproval, Selmayr hasn’t resigned yet but his situation is becoming untenable, and his obstinacy risks becoming contempt for democracy.

***Last day to register for the PLATFORMAwards ceremony! Cities and regions from Belgium, Germany, Estonia, France, Italy, Latvia, Spain, Portugal and Sweden have applied. Discover their projects on our website, register for the ceremony and share a moment with local and regional leaders and EU officials!***

Members of Italy’s vanquished Democratic Party are eyeing a possible deal with the triumphant 5-Star Movement to avoid deadlock. With this Matteo Salvini could be Western Europe’s first far-right leader since 1945.

The end of political uncertainty in Berlin was received with relief by Germany’s EU partners, as Chancellor Angela Merkel finally will have a full mandate to for crucial political decisions on EU-level.

After 25 EU governments launched the PESCO agreement in December to fund, develop and deploy armed forces together, EU defence ministers held their first meeting in the ‘PESCO format’ yesterday.

Following Gianni Pittella’s resignation, socialist MEPs are looking for alternatives to German Udo Bullmann’s candidature for the presidency of the group in order to avoid ‘Germanisation’.

As part of Belgium’s new nuclear strategy, from now on iodine tablets, which counter effects of nuclear radiation, will be freely available in pharmacies as the countries ageing nuclear reactors stoke safety concerns.

The Parliament could ask Marine Le Pen’s political group Europe of Nations and Freedom (ENF) to repay an amount of up to €427,000 for “unreasonable” and “non-compliant” expenses.

As 2017 saw a new record in the number of requests for intellectual property protection in Europe, a Chinese company for the first time in history came on top in terms of patent applications in 2017.

A recent report suggests that health authorities still maintain a degree of scepticism about data collection on recurrence of metastatic breast cancer. But it is highly needed to support further research into the specific needs of patients.