The Brief, powered by the Martens Centre – The bluff behind the blame game 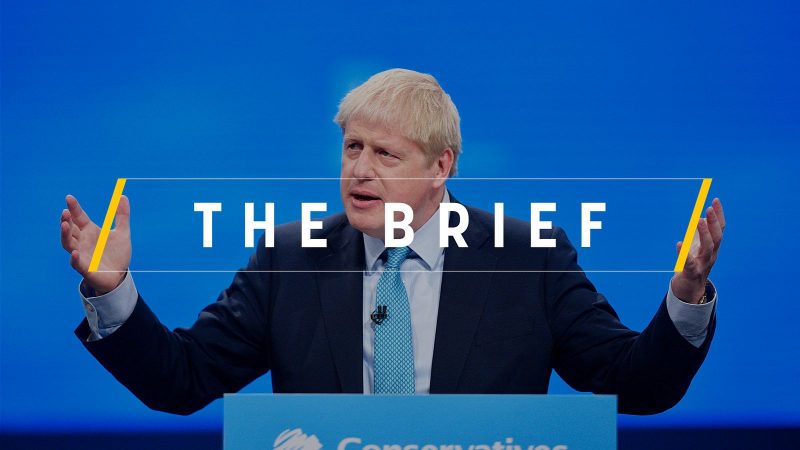 That Boris Johnson would attempt to pin the blame for the collapse of Brexit talks on someone else was grimly inevitable. Holding Angela Merkel responsible, and thereby giving UK tabloids and Brexiteer blowhards the chance to wheel out the Second World War anti-German tropes, was merely the icing on the cake.

So, too, was the admission by both sides on Wednesday that no further meetings are scheduled between the EU and UK negotiating teams. Michel Barnier and Johnson may publicly insist that there is still a chance of a deal, but the prospects of this being reached before 31 October are almost nil.

The briefing claiming that Merkel told Johnson that Northern Ireland would have to permanently remain in the EU’s customs union has the fingerprints of Dominic Cummings, Johnson’s chief advisor and Vote Leave strategist, all over it.

In purely electoral terms, the tactic may well work. More than three years after the June 2016 referendum most Brits are thoroughly sick of the interminable negotiation process. ‘Get Brexit Done’, the slogan used by Johnson’s Conservative party, is a popular message.

Polling suggests that people are more likely to blame the UK parliament or Brussels for the impasse than Johnson. If Johnson gets the snap election that he craves, he has a good chance of obtaining a majority.

But there is one flaw to this strategy. Johnson does not have the numbers to force an election and has twice been defeated trying to do so.

Many of us had long assumed that next week’s European Council summit would be the final deal or no-deal showdown. That meeting may well now go ahead without the attendance of the UK leader.

Instead, the Saturday after the summit, 19 October, is likely to be a more significant date, as UK lawmakers will be summoned to Westminster for an unusual weekend session.

They and Johnson will both face a decisive moment.

Johnson will have to formally request an extension or resign. An extension will allow him to keep to the law, but breaking his promise of taking the UK out of the EU on 31 October will cost him the support of a hefty portion of Brexit voters when election day finally comes.

Resigning, on the other hand, will mean Jeremy Corbyn as prime minister or a caretaker unity government and a concerted push for a second referendum.

By anyone’s standards that is a weak position which no amount of bluff, blame and bluster can cover up.

What are the new Zeitgeist or spirit of our time for People’s Parties, youth, and European demographics? A unique gathering, NET@WORK will host 12 different panels throughout October 16, 50+ speakers (MEPs, advisors, diplomats, stakeholders, and experts) in order to find the answers to the hottest questions! Find out more about our event.

Full wrap-ups of the Vestager and Timmermans hearings are here and here.

Sebastian Kurz, re-elected as Austria’s conservative Chancellor on 30 September, has been meeting with potential coalition partners. With the Austrian Freedom Party preferring to join the opposition and the social democrats still hesitant, the Greens may become a new partner.

Since the agreement on the eurozone budget in June, blockages have persisted between the 19 members of the euro area. But France is now taking an active role in persuading the others of the need to pin down practical details.

Across the border, in Brussels, Belgian investors have briefed visiting deputy foreign minister of Kazakhstan, Yermek Kosherbayev, about their experience with his country, which is trying to attract more foreign investors.

The EU Alcohol and Health Forum (EAHF), which aims to tackle alcohol-related harm, should be abandoned because its stakeholders have not been able to find common ground, the outgoing EU Health Commissioner Vytenis Andriukaitis told EURACTIV.

Check out the latest entry for our “20 Visions for Europe” project – a Brexit-inspired cartoon. The project gathers unique visions from politicians, intellectuals, artists, diplomats, civic actors and business representatives, and is part of EURACTIV’s celebration of 20 years of free, independent reporting with European values at its core.

A second parliamentary hearing of France’s Sylvie Goulard is likely to take place, although at time of publishing there was no official confirmation from the EP yet. Ursula von der Leyen meets the incumbent Commission president, Jean-Claude Juncker.