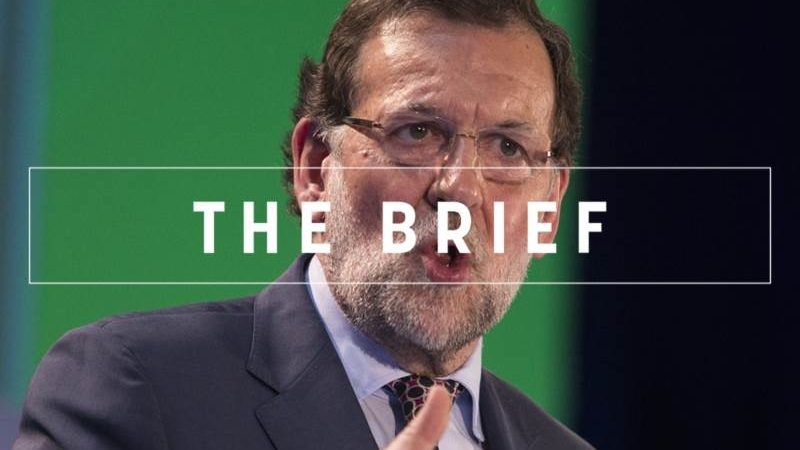 The leader who lost two general elections before becoming Spanish prime minister also survived an attempt to oust him as the leader of the Popular Party (PP) in 2008, orchestrated by former leader Jose Maria Aznar and his Praetorian guard.

Rajoy got to power months before Spain was forced to request international aid to save its ailing banking system. When the economy was getting out of the woods, he had to handle (very poorly) the Catalan issue, the most serious institutional crisis since the country returned to democracy.

But his survival instincts and his longstanding problem-solving strategy of just letting time pass is hardly going to cut it this time around.

That’s because the quiet Galician faces the judicial consequences of the most serious corruption case in the history of Spain. The so-called Gürtel case has hit the party he managed and presided over since 2003, right at its heart.

An historic court sentence released yesterday concluded that an organisation established “a structure of stable cooperation” with the PP in order to deploy “an authentic and efficient system of institutional corruption” to grant national, regional and local contracts. The network represented a parallel source of illegal funding for the party.

The judges even questioned the “credibility” of Rajoy’s testimony during the court proceedings, when he denied he received payments from the ‘slush fund’ financed with corrupt money.

The court ruling destroyed the PP and Rajoy’s line of defence. Over the past years, the party leadership always said that the numerous corruption cases affecting their elected members in Madrid and Valencia, their two main strongholds, were “isolated cases”.

The sentence brings an end to the PP’s firm belief in their impunity. Their victories in consecutive national and regional elections were interpreted as citizens’ forgiveness for past sins.

While some of the court cases continue (the ruling on the ‘slush fund’ is still pending) the political consequences escalated over the past few hours.

The Socialist Party submitted a no-confidence vote. Ciudadanos, a liberal party with the fourth largest number of seats, said that it would submit its own initiative if Rajoy does not call for snap elections.  A majority of the groups already expressed their intention to vote against the embattled prime minister.

On Friday, Rajoy missed the last opportunity to show a glimpse of dignity by resigning. He stuck to his guns and warned that the attempts to oust him “go against stability, so badly needed today”. And blamed Pedro Sanchez, the Socialist leader, of aiming for the leadership “at any cost”

But the survivor is running out of lifelines. Rajoy may try to discredit the alternatives but he cannot steal from Spaniards the right to have a clean government, and the means to elect one.

It remains to be seen how soon it could be. Ciudadanos, who is leading the polls, does not want to support Sanchez’s vote and is pushing for a joint effort to strong-arm Rajoy to call for snap elections.

Sanchez said that if he wins the vote (and accordingly becomes prime minister) he would call for snap elections. But he did not say when.

As a result, Spanish voters could face once of the most politically intense periods in years. The country would celebrate local, regional and European elections in May 2019, and the Catalan crisis remains to be solved.

This period of instability in the fourth largest economy comes at the worst moment for Europe. The bloc is already teetering after the election of a populist government in Italy, just when the Union faces a crucial period (Brexit and EU budget talks, eurozone reform, EU-US trade dispute etc).

Investors are wary of the Italian consequences, and the risk of contagion is already materialising in the Spanish and Portuguese debt.

Spain came a long way and now it is the fastest growing economy among the big ones in Europe. But “vulnerabilities” (high debt and unemployment) of “crossborder relevance” remain, the European Commission said this week.

While the political storm unfolds and the economic impact (hopefully) is contained, the good news for some is that the institutions worked well in Spain.

“The most reassuring part” is that “courts are working and we have to be happy about it,” said Eurogroup president Mario Centeno on Thursday.

As the Spanish judges came under the spotlight during the Catalan crisis, the sentence brings some hope to trust the system if the faith is lost in our leaders.

Precision farming is a silent revolution which is transforming EU agriculture: In 2016, the N-Tester generated 19 M€ for French farmers while boosting wheat production by 85,000 tons and saving 71,000 tons of CO2. Supporting European farmers to maximize the adoption of environmentally friendly practices will be key for further gains.

Light at the end of the tunnel? UK Finance Minister Philip Hammond stated that ministers are working on two versions of a custom partnership, which would resolve the issue with Northern Ireland.

EU regional funding promotes inclusion across the bloc: check out how various projects across Europe break down barriers with our ongoing coverage.

China’s forays into Europe continue to worry some, as they have raised concerns over transparency issues on the Belt and Road Initiative.

Silicon Valley giants had an unhappy GDPR-day as they were the first to be hit by complaints as the EU’s new rules took effect. This Indian entrepreneur praised Europe’s leading role in the digital world but urged governments to embrace Big Data more.

Clashes among Czech farmers perfectly reflect the growing divisions on the CAP and MEP Eric Andrieu has tennis on his mind when speaking about PEST Committee and EFSA.

The WHO believes that containing the current Ebola outbreak in the DRC will be difficult and costly. Reindeer herders and lavender farmers are launching legal action against the EU’s climate efforts. A new OECD report shows how difficult the world of recycling is.

Don’t forget to check out the latest Tweets of the Week.