The Brief – Preparing to fail 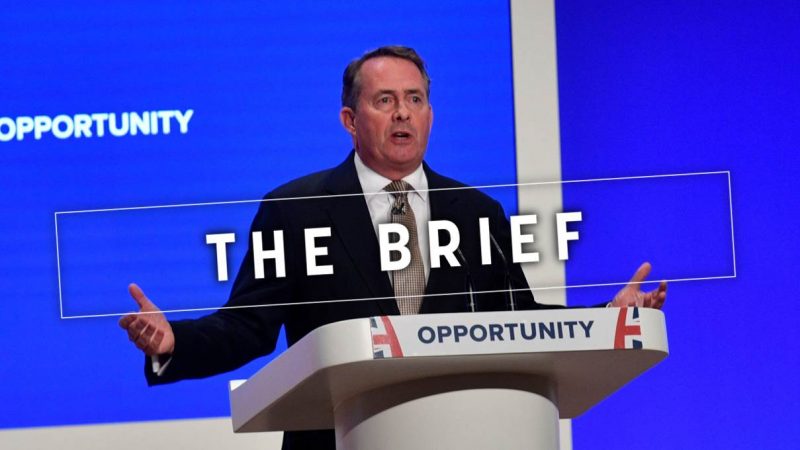 David Cameron acquired a reputation as ‘an essay crisis prime minister’; through sheer force of will at the eleventh hour he could win an unlikely election or deliver a game-changing speech. It worked at home, but not in Brussels where preparation is everything.

The mentality that ‘it will be alright on the night’ seems to have survived the ex-prime minister though.

To many Brexiteers, the ability of the UK to strike its own trade deals was one of main reasons for leaving the EU. It was also supposed to be easy.

International Trade Secretary Liam Fox promised that the UK would have “40 trade deals ready for one second after midnight” on 29 March.

Yet the pace of progress has been on the slow side of glacial. The UK has, so far, reached agreements in principle with Australia, New Zealand and Israel, although detail in each case is rather thin.

That is not much of a surprise. Until the UK formally leaves the EU it cannot, legally at least, broker its own trade pacts.

So what then of the roughly 40 trade deals between the European Union and third countries that the UK wants to roll over to tide it over in the meantime?

For all the highfalutin talk of ‘Global Britain’ being a beacon for free trade, none of these trade pacts have been formally rolled-over and, barring an epic spurt of ‘essay cramming’, most of them will not be in force on 30 March.

Well, unless the UK extends Article 50 and, therefore, defers its formal exit from the EU beyond 29 March, these deals will cease to apply to the UK, with or without a Withdrawal Agreement between the UK and EU being ratified.

Fox (no relation) has been in Davos this week, meeting ministerial counterparts from South Korea, Hong Kong, Canada, Colombia and Israel among others. “Free trade is great” reads the UK’s prominent banner outside the Belvedere hotel.

But handshakes, warm words and government press releases are not enough to stop trade and customs barriers from going up on 30 March.

“Blithe assurances of progress will simply not suffice as the clock ticks down to Brexit on 29 March,” Angus MacNeil wrote in a letter to Fox earlier this month, expressing concerns about the lack of detail about UK-Swiss trade relations post-Brexit.

Fox admitted that he was having difficulties persuading other countries of the urgency to agree. This, unfortunately, is the trouble with the ‘essay crisis’ approach. What is urgently important to you is a minor irritant to everyone else.

At a meeting of ‘hard Brexiteers’ in Westminster last week, former Brexit Secretary David Davis urged people not to worry about the disruption to trade that a no deal would result in. After all, “it wouldn’t last very long,” he said.

Perhaps, but a wiser man might retort that ‘failure to prepare is preparing to fail’.

Greece’s parliament votes on the historic name deal tomorrow, in what will be a marathon sitting of its assembly. EU migration chief Dimitris Avramopoulos muddied the waters ahead of the vote, calling the agreement “not balanced” and “problematic”.

Kosovo’s PM is steadfast in his decision to keep trade tariffs on imports from Bosnia and Serbia, while Austria’s far-right has called international rights conventions into question.

Did December’s COP24 summit achieve all its objectives? The two key figures behind the negotiations seem to think so but there is a matter of unfinished business.

Arctic nations and communities are heavily dependent on their ocean environment and now plans are afoot to rely on a “blue economy” to reconcile climate and development goals. Check out our dispatch from the edge of the world here.

Planes are getting cleaner and quieter but the sheer number of them means emissions are only increasing. Airbus has come out unequivocally against no-deal Brexit “madness”.

Michel Barnier is adamant that a time-limited Irish backstop is not possible. Lithuania’s president has suggested that no-deal would actually be better for the EU rather than an uncertain extension of Article 50.

More and more nations are recognising Venezuela’s opposition leader as legitimate president but the EU is treading more cautiously.

Pierre Moscovici insists that an agreement on digital tax is in the offing, while Mariya Gabriel told EURACTIV that the EU needs to “double its efforts” against disinformation.

The Macedonian name deal vote in the Greek parliament. 200+ lawmakers want to have their say and voting is scheduled for just after midday tomorrow.