The Brief – Pulling up the drawbridge 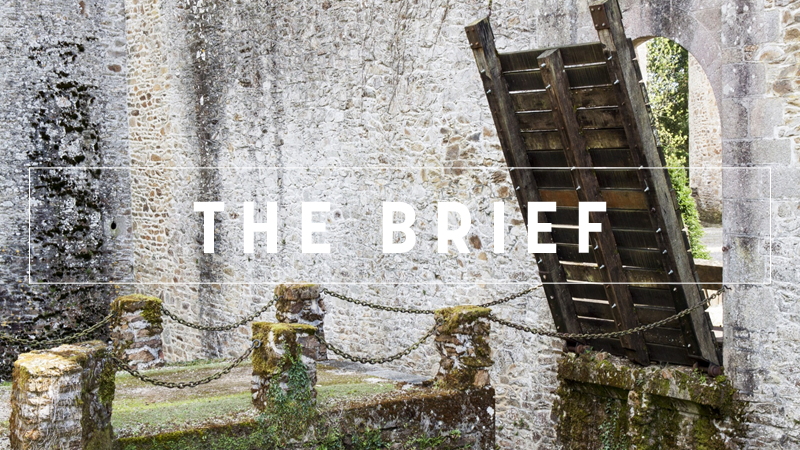 To most on the Calais side of the Channel, Brexit is a rejection of Europe and Europeans. They can, perhaps, draw a crumb of comfort that it’s not just them who are not welcome.

Last week’s Commonwealth leaders’ meeting in London was overshadowed by the Windrush scandal, a reference to the ship bringing Caribbean immigrants to Britain in 1948.

British citizens who arrived from former colonies generations ago have suddenly found themselves being investigated and, in some cases, forcibly deported by a Home Office department that has distinguished itself as both incompetent and cruel.

Unfortunately, they are not the only ones caught up in legal limbo. The 3.7 million EU nationals in Britain and 2 million Britons in other EU countries have been thrust into a similar position – played off as a bargaining chip by Theresa May until the EU offers reciprocal assurances on their legal status.

This has prompted a fair amount of angst among the Brexiteers who believe that ‘Global Britain’ is more than just a slogan, and that the UK should be a buccaneering free trading nation, sharing its enterprise with Europe and the rest of the world and attracting their most talented people.

They seem to be blind to the fact that hostility to migrants, particularly from Eastern Europe, is what largely decided the June 2016 referendum in favour of the ‘Leave’ campaign.

Kenyan President Uhuru Kenyatta told an audience at the Chatham House think tank that the UK could be ‘ambitious’ on a new trade deal with his country.

Though the UK’s need to show that it is still ‘open’ to the world for business is more pressing, it is not the only European country that gives the impression of wanting to pull up the drawbridge. Hungary’s Viktor Orban has just secured a landslide win on the back of a nativist campaign that used the same billboard posters of queuing refugees as UKIP front-man Nigel Farage.

Even Emmanuel Macron, Europe’s new great white hope, faced his first serious parliamentary rebellion on Monday (one of his La République En Marche deputies resigned and a further 14 abstained) over an immigration bill that seeks to shorten the deadline for asylum applications, and allow for the detention of children.

Playing the anti-immigrant card – and seeking to create a ‘hostile environment’ for migrants – may be electorally popular but it is still folly. The UK (and the rest of Europe) need economic migrants and will continue to do so. Aside from the human cruelty involved, projecting the image that we are closed to the world is utterly self-defeating.

Protests are under way in Hungary, where tens of thousands of Hungarians rallied against PM Orbán’s government taking control over the media, which they say helped him to win the recent election in a landslide.

Demonstrations in Armenia took their toll and forced the country’s embattled prime minister to resign today. Serzh Sargysan admitted he “got it wrong”

Kazakhstan’s famous painter and anti-nuclear activist Karipbek Kuyukov, born without arms, devoted his life and art to make sure that no one else suffers the devastating effects of nuclear weapons testing. Don’t miss this interview.

The lack of a Brexit deal would be ‘disastrous’ for the UK food and drink industry and ‘must be avoided at all costs’, UK MPs warned in a report. At least the EU brought its talks with Mexico to a happy end.

A European youth conference, held in Sofia as part of the Bulgarian Presidency, has left a bitter aftertaste. Allegations of inappropriate behaviour and mismanagement have been made.

Despite tougher rules against money laundering, there are still many shortcomings among member states, the ECB and the Commission in combating money laundering in Europe.

Have to save 3 million lives per year? This is the number of people that die every year from vaccine-preventable diseases. Raising awareness against fake health news is a part of the solution. Read our Special Report here.

Climate change affects workers’ health in all business segments, a recent study found and calls the world of work to action as heat stroke, infectious disease, and fatigue are likely to increase.

Cotton buds and plastic straws and other single-use plastics could be banned in the UK next year to try to halt the pollution of the world’s rivers and oceans.

MEPs sit down with member state reps to talk about the future of the EU’s agricultural policy. Top of the agenda will be the Commission’s communication, due to be adopted in June.