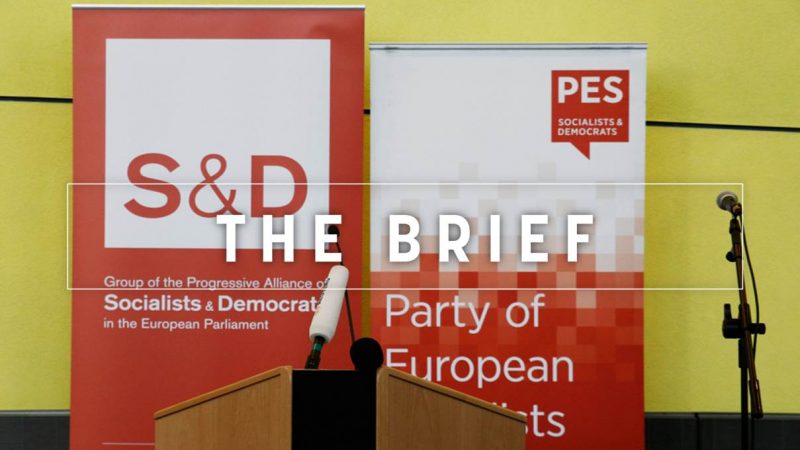 With 439 votes in favour, 104 against and 88 abstentions, the European Parliament recognised the Venezuelan opposition leader Juan Guaidó as president of the Latin country earlier this week (31 January).

It also called on the EU and member states to follow suit. Whether the EU should decide on the leadership of a third-country is another matter. But it’s interesting to see how different political groups voted; as a shape of things to come ahead of the European elections.

The right-wing coalition showed unity with the vote in favour of Guaidó being led by the centre-right European People’s Party (EPP) and fully endorsed by the Alliance of Liberals and Democrats for Europe (ALDE) and European Conservatives and Reformists (ECR).

In the Europe of Freedom and Direct Democracy (EFDD) group, where Italy’s Five Star Movement belongs, abstentions prevailed. The majority of the nationalist Europe of Nations and Freedom was basically against Guaidó.

But it’s more interesting to see what happened in the ‘progressive’ camp, which is trying to bridge its differences and find common ground after the EU election.

MEPs from the Greens/EFA and leftist GUE-NGL categorically rejected the resolution.

The Social Democrats (S&D) shilly-shallied. 105 lawmakers voted in favour, 35 abstained, 32 didn’t vote and 17 voted against. In other words, the socialists were, once again, undecided and divided.

Perhaps some of them are feeling the pressure from the left and at the same time, recognise the need to return to their leftist roots in order to survive in the next elections.

Others, mainly the traditional mainstream, keep their distance from the left and base their electoral survival on a post-election grand coalition revival.

They scold the EPP over Orban but  ignore their Romanian sister party. They criticise the EPP over the Macedonian name change deal but  turn a blind eye to its black sheep member party in Greece, Pasok, which opposed the deal.

On the other hand, we have EPP’s Spitzenkandidat Manfred Weber, who made the deal in January 2017 with ALDE’s Guy Verhofstadt and ECR to elect the right-wing Antonio Tajani as President of the European Parliament.

The question is what sort of EPP-led coalition will take shape after the EU elections and would it be joined by forces such as Salvini’s League, who are expected to score well. The EPP will certainly look at the numbers.

Nonetheless, there is one lesson to be learnt: In times of crisis, the right always sticks together. Unlike the so-called progressives who continue to behave like a chameleon, changing colour to the extent that we no longer know what they are.

The EU will establish an international contact group to mediate the Venezuelan crisis, but it will leave the decision to member states as to whether they should recognise Juan Guaidó as President.

Britain, France and Germany launched a trade mechanism to bypass US sanctions on Iran, drawing praise from Tehran – and a warning from Washington.

US President Trump meanwhile wants a ‘very big’ US-China trade deal, but has hinted at delays.

Apple, Google and Facebook are embroiled in a new tech war after restrictions have been imposed on one another.

A victory for transparency: A revision of the European Parliament’s rules of procedure raises obligations elected officials and lobbies to make their meetings public.

More than 3,000 scientists have given their backing to thousands of Belgian school children who took to the streets for the fourth week in a row.

The European Commission reacts to the Russian transit ban via Ukraine, which threatens to result in  foreclosing access to export markets in Central Asia.

Out latest edition of Tweets of the Week features Brexit nonsense that has more of the same, the Former Republic of Macedonia getting a new name, and thousands of activists putting climate change in the frame.

Washington’s deadline for Moscow’s compliance with the Intermediate-Range Nuclear Forces (INF) Treaty is running out tommorrow.