The Brief – Sick men of Europe 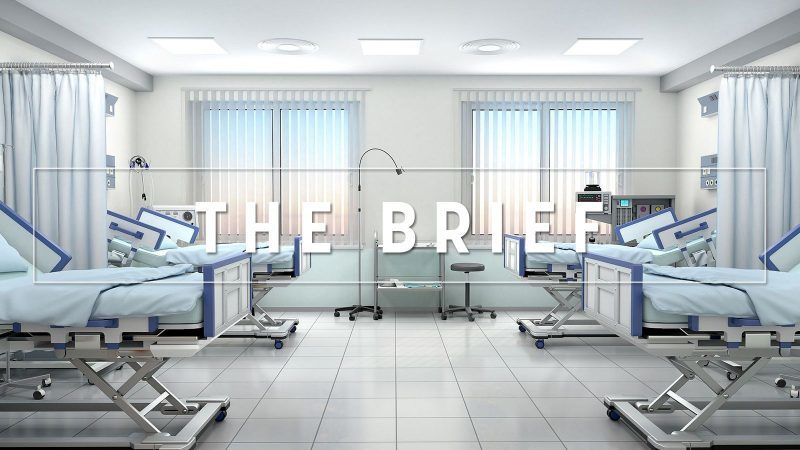 Poland’s foreign minister has labelled France a “sick man of Europe” on national TV this week. He may be right, but France is hardly the only one, and there’s no silver bullet for the smorgasbord of ailments on show. Can Europe get fighting fit before May’s elections?

Jacek Czaputowicz most certainly had a point when saying France is dragging Europe down with it, as yellow vest protests continue to hold Emmanuel Macron’s dreams of the future to ransom. The deadly Strasbourg attack also reopened barely healed wounds.

But the Fifth Republic is not the only one running a temperature. Czaputowicz’s beloved Poland, far from the “bright spot” he claims it to be, is showing all the hallmarks of addiction, as this month’s wet blanket climate summit in Katowice proved.

Rather than kicking global governments into overdrive to react to the apocalypse-heralding IPCC report, the Polish hosts did only what it took to stop the Paris Agreement flatlining.

Hungary and Romania are both suffering from viral infections, with the former rejecting donor organs. The latter is in a less advanced stage and physicians may not have to resort to Article 7 treatment.

Italy is haemorrhaging money and won’t even accept vaccinations anymore, while Greece is showing signs of life after nearly losing its fight with bad governance and austerity. Hopefully, Athens is in remission, as a recurrence of its crisis is not worth thinking about.

Germany too will have to be kept under observation, seeing how the Bundesrepublik’s identity crisis has descended into full-blown schizophrenia. One minute reasonable about its energy transition, the next, totally indifferent about car emissions and Russian gas.

Head injuries are on display in Belgium and Sweden. The former may be losing its government these days, while the latter cannot even form one.

Britain is obviously locked up alone in a padded cell for the safety of itself and others. Treatment has proved ineffective so far, despite Dr ECJ giving the UK a sure-fire way out of its malaise.

The patient has until the end of March to show signs of recovery or the UK will have to go into permanent quarantine. The latest signals, however, do not give a lot of hope.

Hopefully, some bed rest over Christmas will do us good, but Europe is definitely not in rude health. While common sense dictates that we should all seek help if we’re not feeling our best selves, the question here is who to turn to. Is there a doctor in the house?

With just over 100 days until Brexit, UK’s Theresa May faced accusations from some lawmakers that she was trying to force a deeply divided parliament into backing her deal by running the clock down to exit day.

“Look at Britain. There, the country’s politicians and people have forgotten what they have achieved together. And now they are caught up in chaos,” wrote Dutch PM Mark Rutte in a stark warning to the Dutch public.

For the European People’s Party, it is clear that we must stand by our principles and defend the rule of law, Spitzenkandidat Manfred Weber told EURACTIV Poland in an interview.

France is to join a growing list of member states setting out their own plans for a digital tax, after the country’s Finance Minister Bruno Le Maire announced new French laws would come into effect from 1 January 2019.

A political earthquake hit Europe’s furthest far-flung frontier as Armenians voted in what has been called their nation’s first free and transparent elections. But who is the new revolutionary leader?

Last spring marked 40 years since Czechoslovakian astronaut Vladimir Remek’s flight to space. Although there is little chance, the Czechs keep dreaming of sending another astronaut into the cosmos.

Santa might have come earlier this year for climate friends: EU negotiators finally agreed on CO2 emission rules for cars and vans.

The cat might be out of the cyber bag. Reports suggest that Russia used social media for widespread meddling in US politics and the 2016 US presidential election. Meanwhile, Twitter tumbles on concerns about hacking activity.