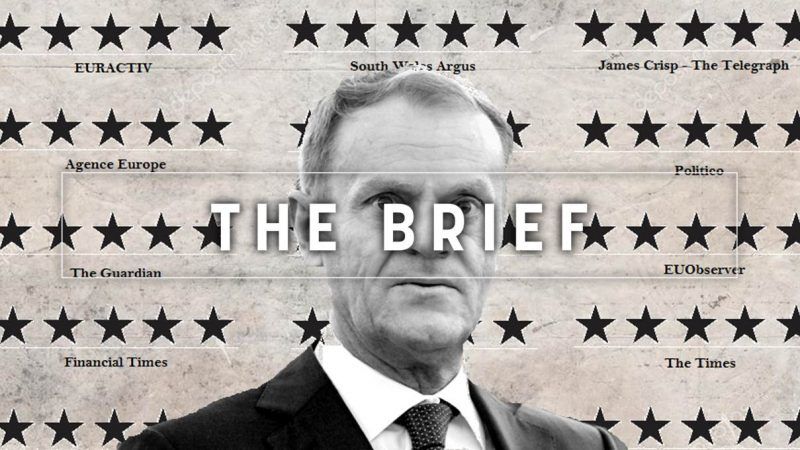 With the Venice Film Festival in full swing, European Council boss Donald Tusk dropped a trailer for this year’s hottest blockbuster. Now that the race to be the next Commission president has well and truly begun, wannabe Junckers should take a leaf out of the Pole’s political playbook.

Tusk’s teaser trailer for his next four months did indeed feel like someone had shared an inside joke, but once you’ve watched it two or seven times, you begin to see the genius of it.

What’s the biggest problem facing the upcoming European elections? Simple: low turnout. Voter numbers have been decreasing every year since 1979 and a similar poor showing in 2019 could land us with a large anti-EU/Eurosceptic contingent in the Parliament.

After all, the failure of tens of millions of Brits to bother to go out and vote, it could and should be argued, is the reason why the United Kingdom narrowly voted to leave the EU.

But a large part of the problem is that the EU is either deemed irrelevant by Europe’s electorates or, maybe worse still, too boring to waste any time on.

Many projects that try to liven up the work of the Brussels machine and humanise the good people that run it often fall short of their mark. To the cynical among us, they either seem twee or cronyistic. The Parliament’s latest “This time I’m voting” campaign also fails to inspire (this writer anyway).

So you have to see the merits in Tusk’s attempt to liven things up a bit. It’s clearly meant to be an ironic look at the work of the Council president, a job that has only existed since 2009 and which some now want to merge with the Commission presidency.

Speaking of which, anyone hoping to land the top job next year should grab a camera and start filming. Let’s turn the race for the Berlaymont throne into a who-can-produce-the-best/worst-video competition instead?

Simply put, the more the EU pokes fun of itself, the better its chances of surviving and thriving.

***Correction: Yesterday, the editor of The Brief incorrectly referred to Jorge Valero as a “Sith Lord”, when he is in fact merely an “apprentice”.***

France’s Europhile leader Emmanuel Macron is seeking to build a loose, pan-European campaign of like-minded progressives for the 2019 European elections to hold back the tide of anti-immigrant nationalists.

Hesitant MEPs were advised to ‘go for a coffee’ during next week’s Hungary vote in Strasbourg on whether to start punitive Article 7 measures against the country. It will be a moment of truth for the EPP political group, an influential MEP believes.

Germany’s interior minister Horst Seehofer described Germany as “a divided country” and the issue of migration as “the mother of all political problems”.

Poland’s push to build the first north-to-south motorway in Eastern Europe could boost regional cooperation as the so-called Carpathian Strategy is gaining support.

Europe’s leading carmaker association indicates that the Commission may have underestimated the impact a “forced push” for more electric cars could have on EU jobs.

Meanwhile, the EU admits to have made a ‘mistake’ in its state aid decision for German coal plants.

Ahead of the Global Climate Action Summit, an expert group has called for a worldwide government-mandated net zero carbon emissions target by 2050 to help speed up transition to a low-carbon economy.

An Internet of farms could help cut bureaucracy in the first pillar of the next CAP and establish a better connection between consumers and producers.

Artists step up case for copyright reform: The directive aims to ensure that producers of creative content are remunerated fairly online, but the bill is controversially debated ahead of its Strasbourg vote.

EU foreign policy chief Federica Mogherini will meet the presidents of Kosovo and Serbia in Brussels in yet another attempt to make concrete progress between Belgrade and Pristina. But the latest speculation that the conflict might eventually be resolved by swapping territory has turned everything upside down.