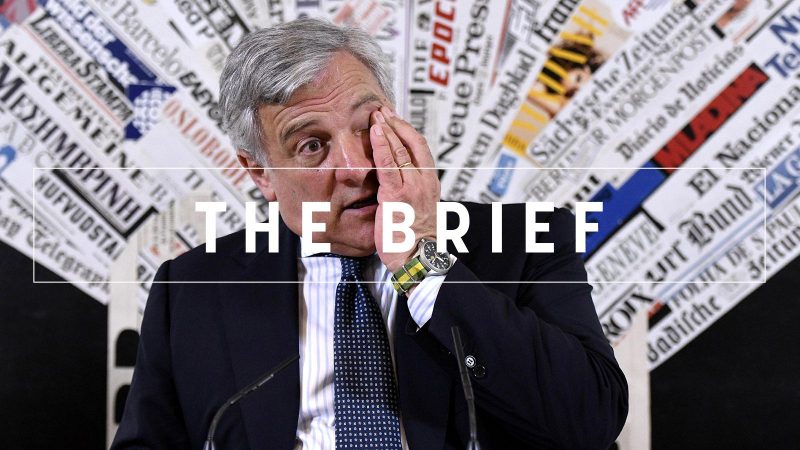 In February we wrote ‘Tajani’s blunder’, when the president of the European Parliament got involved in a controversy with Slovenia and Croatia, seen by many as an attempt at World War II revisionism. But Tajani did it again, with unexpected praise for Italian fascist leader Benito Mussolini, this time in a radio interview.

Tajani is not a fascist, he says it himself and we can give him the benefit of the doubt, but it is worrying to see the vindication of Nazism and fascism in many countries, often under the guise of patriotism and nationalism.

In Estonia, a far-right party famous for its torchlight marches made big gains in the elections ten days ago. In Germany, AfD demonstrators in Chemnitz last summer openly took neo-Nazi postures, defying the strictest laws aimed at preventing a return of Hitler’s ideology.

In Hungary, Orbán tells its EU peers they should support him because the far-right Jobbik party is the only political alternative. In Bulgaria, Volen Siderov, the leader of the nationalists party Ataka, a junior partner in the coalition government, is the author of an anti-Semitic book which sells freely.

In Italy, the far-right exponent is the Lega party of Matteo Salvini. A few days ago, he quoted Ezra Pound, a controversial American anti-Semitic poet. CasaPound is an established neo-fascist movement in Italy, the self-proclaimed “fascist of the third millennium”. Last year Salvini was seen at a football match wearing a CasaPound-branded jacket.

One of the problems is that Mussolini and his accomplices were responsible for around two million deaths, but in Italy, this is rarely mentioned. Silvio Berlusconi once joked: “Mussolini never killed anybody. He merely sent people in internal exile”.

Italian politicians may be used to flirting with Mussolini nostalgia, but Tajani did it in his capacity of president of the European Parliament. Not only the Italians, all Europeans have the right to tell him he is wrong.

We know Tajani seeks a rapprochement with Salvini, in the hope of becoming the next prime minister. Does this mean he needs a Mussolini tattoo to please his mate?

And we were wondering why ‘Bella ciao’ had become such a success, more than 75 years since it was used by the largely communist Italian partisans between 1943 and 1945. The song is now played in the finest nightclubs and sung at PES congresses.

Now we have the answer: it’s because anti-fascism is still a very big cause.

The announcement came with a vengence yesterday night as UK’s PM Theresa May warned MPs that she could be forced to request a lengthy extension to Brexit talks, which would mean UK involvement in the European elections in May, after suffering another parliamentary defeat to her Brexit plans.

In security news: NATO chief is aware of potential “security implications” of Chinese 5G infrastructure and the Alliance is currently conducting an assessment of associated risks, he said asked by EURACTIV.

As the EU aims for a more assertive tone towards China, the Commission will propose by the end of 2019 new measures to address the negative impact of foreign subsidies and state-owned companies.

The European Parliament failed to pass a resolution supporting the start of negotiations with the US on removing tariffs for industrial goods, worsening the prospects of de-escalating the trade tensions between Brussels and Washington.

The president of Germany’s ruling CDU party considers the European Parliament’s presence in Strasbourg to be an “anachronism”. France has other ideas.

Serbia and members of the Moscow-led Eurasian Economic Union have resolved controversial issues related to brandy and cheese quotas, paving the way for signing a free trade agreement.

Despite a strong negative reaction from EU farmers and industry, MEPs do not seem likely to oppose the Commission’s delegated act on sustainability criteria for biofuels.

Part three in the Brexit drama of a series of votes in the House of Commons tonight, this time on whether to request an Article 50 extension.