The Brief – This week everything is possible 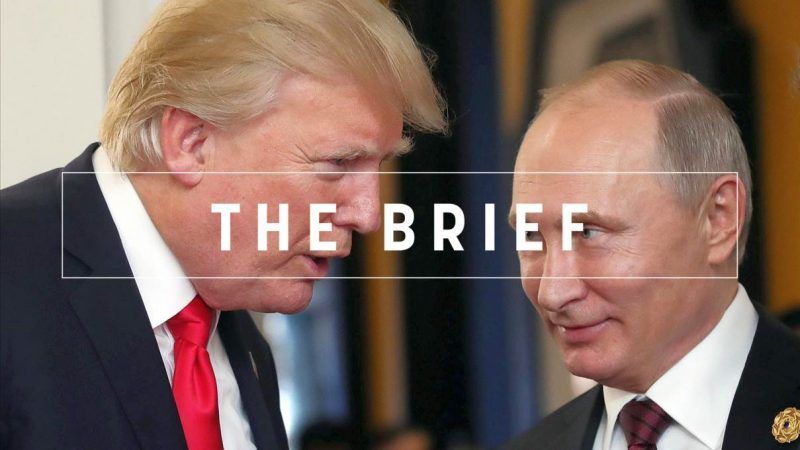 The Brief is EURACTIV's daily newsletter

A terrible week ahead of us will keep Europeans on their toes.

On the negative side: a NATO summit with the unpredictable Donald Trump on 11-12 July in Brussels is likely to fuel tensions and divisions among the European allies. Trump might try to browbeat them into spending more on defence. Or he might walk out of the summit.

Then, on 16 July, the US President will meet Vladimir Putin, emboldened by his military victories in Syria and by a football World Cup that manifestly improved Russia’s international image (although the team was eventually felled by Croatia).

We don’t know what will happen, but anything is possible. Asked whether the US might eventually recognise Moscow’s annexation of Crimea, Trump offered a laconic “we’re going to have to see.”

In the meantime, on 12 and 13 July, an informal meeting of EU interior ministers will be held in Innsbruck, with the participation of another anti-system player, Italy’s Matteo Salvini, at a time when the Schengen agreement is at risk of collapsing.

Salvini, who managed to transform the regionalist Northern League into a major national force, now wants to re-shape the European Parliament.

A few days ago, he said he would tour Europe to create a “league of Leagues in Europe” to ensure its triumph at the European elections next year.

Europe has so far been united on Brexit, but Austrian PM Sebastian Kurz has broken the ranks and is trying to “walk over Barnier’s head”.

Kurz, whose country took over the six-month rotating presidency of the EU on 1 July, has spoken in favour of extending the negotiations instead of having a hard Brexit. If others follow his example, the EU messages will become so blurred that hard Brexit would become the only realistic option.

On the positive side:

It has become clear that Theresa May is now backing a softer version of Brexit, which has prompted David Davis and Boris Johnson to resign – good riddance.

Also on the positive side, whatever happens in the political arena, a European team and an EU team to boot will win the FIFA World Cup on 15 July.

It’s a good job Croatia prevented Russia from playing against England on 11 July maybe. Against the backdrop of a new Novichok scandal, nobody needs politics to become an inspiration for football hooligans. Also, football greatly distracts Europeans from other (bad) news, which comes in handy.

France and Belgium go head to head not only on football but also on wine as Belgium’s industry is booming because of rising global temperatures. Speaking of rising temperatures, the mayors of ten major European cities call on the EU to meet the Paris Agreement objectives by 2050.

Theresa May’s struggles continued as Brexit negotiator David Davis and airport-island-architect Boris Johnson threw in the towel. The Commission seems less concerned about Davies’ resignation and more concerned over the increased flow of genuine cigarettes from Africa into Europe.

MEPs want clear guidelines on humanitarian assistance, in a context which is becoming increasingly complicated for NGOs and individuals helping migrants.

The final four have emerged. Brazil rolled back home and Sweden packed its furniture. Uruguay bit off more than it could chew this time, while Russia has to stay and watch as Belgium and France play it out for the final.