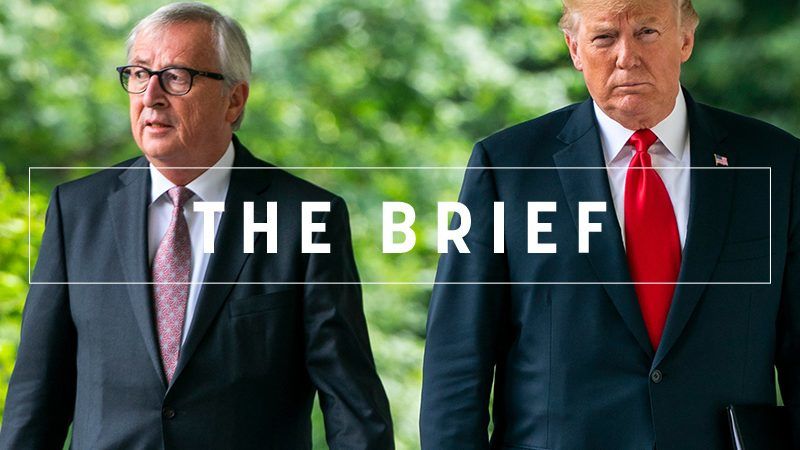 Let’s not beat about the bush. The Three Seas Initiative (TSI) is a Poland-promoted anti-Russian and pro-US project. And it kicks off today.

It has 12 members along a north-south axis from the Baltic Sea to the Adriatic Sea and the Black Sea: Austria, Bulgaria, Croatia, Czech Republic, Estonia, Hungary, Latvia, Lithuania, Poland, Romania, Slovakia and Slovenia. All, except Austria, are former communist countries.

TSI is quite similar to another Polish project, meant to build a Polish bloc in Central and Eastern Europe after World War I, a sort of power centre between Germany and Russia. But we know what happened in World War II with Poland.

TSI held its first meeting in the Croatian city of Dubrovnik in 2016 and the initiative’s second summit was held 6–7 July 2017 in Warsaw. Donald Trump even attended the summit. Its third summit opens today in Bucharest.

The EU didn’t fly the flag at the first two gatherings. But today, Commission President Jean-Claude Juncker is personally going to the Romanian capital, in what can be seen as an attempt to put the pro-American initiative into an EU framework.

Trump is not going to Bucharest but he sent a message, stating that the US is committed to staying a strong ally and partner of this initiative. In his typical salesman style, he took the opportunity to advise the countries involved to buy US LNG.

Poland is the only country to have built a terminal but this is a political project: US LNG is way too expensive and is appealing only to clients in Asia.  Croatia has been dragging its feet on an Adriatic LNG terminal for almost two decades.

Juncker will speak of key projects in energy, transport, digital interconnections, which the region sorely needs, as well as another format: 16+1.

All TSI countries minus Austria participate in 16+1, which seeks to promote China’s influence in this part of Europe, and also in the Western Balkans. Greece is not in 16+1 but China already sits comfortably in this country, having bought its main ports.

Is it a coincidence that both the US and China have ambitions vis-à-vis the same European territory?

In any case, Juncker said in his State of the Union speech he considers Europe to be an open continent ”but not a naïve one”.

He therefore had no other choice than to go to TSI if he wanted his words to be credible. Good move, better late than never.

He was followed by 4 Green MEPs and a colleague from the other side of the aisle. Meanwhile another EPP hopeful still struggles whether or not to challenge party colleague Manfred Weber.

Last week’s Hungary vote is still causing repercussions, you can refresh your minds about the pending Article 7 procedure against the country with this 3-minute explainer video.

Meanwhile, the Polish government has rejected the Commission’s objections to its controversial law on the Supreme Court, saying the Berlaymont cannot assess justice in the member states. A complaint against Poland before the EU Court of Justice could soon follow. Meanwhile, protesters in the country are getting creative.

Luxembourg’s foreign minister sparked Italy ire with his ‘fascist’ jibe in a worsening spat over immigration in Europe. Meanwhile, a key figure in Italy’s populist government has taken aim at the country’s newspapers.

The peaceful border correction with Serbia is an opportunity for mutual recognition between Kosovo and Serbia that should not be missed, writes Kosovar President Hashim Thaçi.

The lack of climate action ambition from governments worldwide is balanced by pivotal non-state actors, a recent conference proved.

The right balance between science, politics and policy-making has always been difficult to achieve. Read our Special Report on the heated and politicized food policies debate here. The EU’s call for a healthier lifestyle is progressing, but more efforts are needed, says Commissioner Tibor Navracsics.

After Brussels streets were claimed by bikers, roller-skaters and pedestrians for a car free Sunday yesterday, the mayors of Brussels and Paris have called for an annual car-free day for all of Europe. Maybe it should be every Sunday…

Part 2 of the Poland hearing saga in the General Affairs Council in Brussels tomorrow evening, where the country has the chance to defend itself against allegations of violating the rule of law at home. An informal energy council also continues.