Two years on: a referendum redux 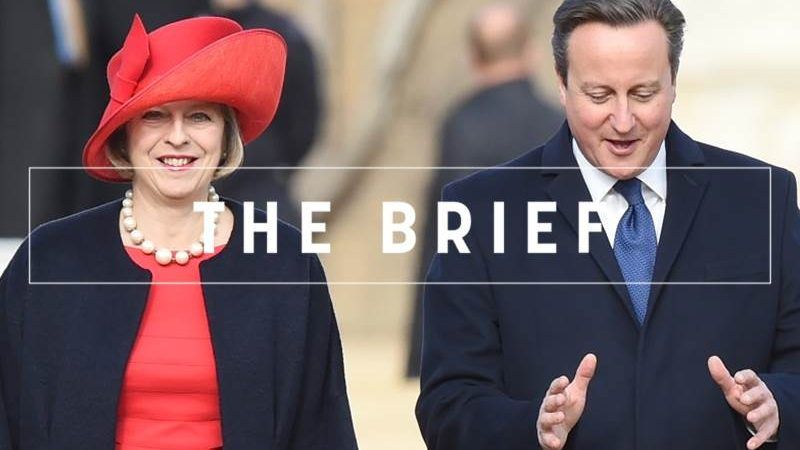 Tomorrow marks the two-year anniversary of the UK’s decision to leave the EU, when voters surprisingly backed a Leave vote by a 52-48% margin.

The poll was billed by David Cameron as the once-in-a-generation opportunity to resolve Britain’s tortured relationship with the EU. It hasn’t worked out that way. Instead, it appears to have condemned Britain to a tortured conversation with itself.

Next week’s June EU summit had long been touted as a crucial moment in the Article 50 process. But with Prime Minister Theresa May still yet to publish her government’s White Paper on future relations, there is nothing new to discuss.

Instead, EU leaders will focus on the similarly intractable question of how to reform their internal migration rules.

In the UK, it feels as though the political clock stopped in June 2016.

May’s travails are, in large part, the result of her Conservative party not being able to agree on what they would like Brexit to look like.

Nor, says Professor John Curtice, Britain’s pre-eminent polling expert, can the rest of the country.

“We are deeply critical, deeply dubious” about the Brexit process, says Curtice, adding that the UK “remains split down the middle” on the question of whether to Remain or Leave, and equally divided on soft or hard Brexit.

That doesn’t mean there is much comfort for Remainers hoping that a second referendum could reverse the result.

A series of nine opinion polls have an average 52/48 lead in favour of Remain. But, given that the pre-referendum surveys suggested a narrow Remain victory, putting your trust in polling is a mug’s game. In any case, many Brits have no wish to be sent back to the polls.

“At the moment, the presumption that we would get a different result is not one you should put much money on,” says Curtice.

What we are left with, after two years – not to mention the years that Cameron wasted on his ill thought out and ill-fated attempts at ‘renegotiation’ – is an intractable mess.

But if there is a crumb of comfort, according to Professor Anand Menon, who heads the UK in a Changing Europe think-tank, it is that nobody could do any better.

“I understand the frustrations of the EU, but I don’t think any member state could do this better,” he told this reporter.

“it’s hard, it’s messy, it’s complicated, it’s all consuming and it would be even if we were Luxembourg with a strong prime minister. The hassle of leaving the EU, and the ridiculous constraints of the Article 50 process mean that there is no way of doing this well.”

And that is the thinnest of silver linings for Mrs May to cling to.

Trade war rages on: in its opening salvo, the EU slapped revenge tariffs on iconic US products including bourbon, jeans and motorcycles. It is only one of the many battles currently going on at US home front.

A war of words was started after French President Emmanuel Macron said populism was spreading across Europe like a disease that Europeans should fight more vigorously. Italy’s anti-establishment leaders – assuming the comment referred to them – hit back.

The Eurogroup reaches ‘historic’ deal on debt relief for Greece, solving the last political hurdle to conclude its rescue programme after more than eight years. Is this the end of a long Greek bailout odyssey?

The Commission cleared up some of the details of its proposal to reform cohesion policy in the next EU long-term budget during a second round of discussion with MEPs.

Who has the best propaganda? Trump and North Korea face off in this super-cut of disreputable news reporting.

Busy week in Brussels: the headline act is the end-of-week Council summit. Follow our coverage here. The action starts already on Sunday, with a controversial informal small-circle working meeting on migration and asylum, continuing on Monday with an environment council.

Don’t cry Argentina, was on everyone’s lips as Croatia smashed the country. Some others could not hold back tears as Brazil scored a very last minute win against Costa Rica. Meanwhile, asylum seekers from Morocco, Nigeria, China and elsewhere have tried to enter Europe illegally from Russia using World Cup fan identity documents.

3 responses to “Two years on: a referendum redux”