The Brief – Ursula: Year One 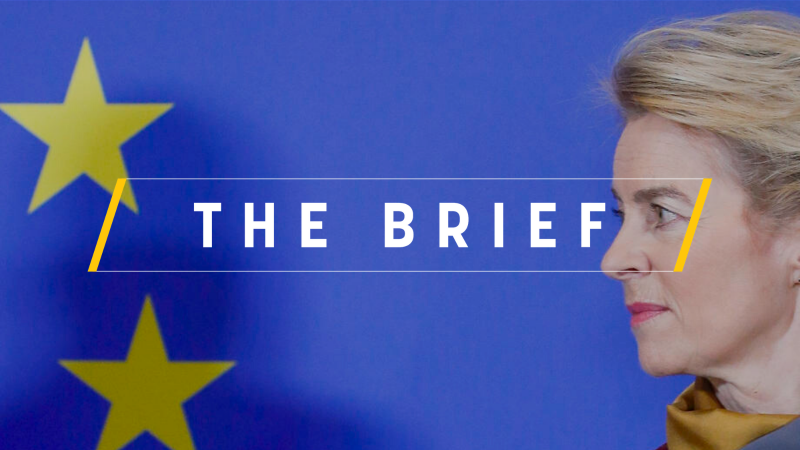 New week, new Commission, new faces. One question is on many a journalist’s mind: will Ursula von der Leyen’s new executive break with the continuity of Jean-Claude Juncker’s or give us the same-old, same-old? The very first working day may have given us some clues.

Imagine this columnist’s disappointment when an early morning visit to the fabled wall of former Commission presidents revealed that Jean-Claude Juncker’s visage was still missing.

The symbolic end-of-an-era moment had not yet come, even though the nail that will hang the Luxemburger’s portrait is there, ready and waiting.

Juncker himself has not quite left the building yet; he is due to hand over officially to von der Leyen in a ceremony later this week. But will the memory of the now ex-president, or more specifically the spectre of how his Commission did business, linger on?

For now, the jury is still out.

At the daily press conference, new chief spokesperson Eric Mamer said “if it ain’t broke, don’t fix it” of one of the returning porte-paroles.

There are likely plenty of critics waiting in the wings who will turn that idiom on its head and say ‘it was broke, so you should’ve fixed it’, if von der Leyen doesn’t deliver on the numerous pledges she has made.

By attending the first day of COP25 in Madrid, she’s started off on the right foot and engaged personally with climate in a way that Juncker never really did. If the Commission then nails its Green Deal and Just Transition Fund plans, she might be on to a winner.

It could also be von der Leyen’s ability to forge the right ties with the right people that defines her presidency. Two of the prime figures in that equation are ECB boss Christine Lagarde and US President Donald Trump.

Von der Leyen has already spoken to Trump, as well as to other G20 leaders, in what was reportedly a friendly courtesy phone call.

Hopefully, the former German defence minister will go on the attack soon and add her name to the list of formidable women like Nancy Pelosi and Mette Frederiksen, who have stood up to the US president.

Netflix is apparently interested in having a crack at transferring the House of Cards formula to Brussels. Von der Leyen might be advised to learn a thing or two from the formidable Claire Underwood and live up to the ‘brutal killer’ tag that Trump gave to Juncker.

Cultivating a strong working relationship with Lagarde might prove absolutely fundamental to the new president’s agenda, as aligning the European Central Bank more with the Commission’s work is crucial.

Von der Leyen and Lagarde are both the first female heads of their respective institutions and the Frenchwoman has already signalled that the Frankfurt-based bank can do more on green policies, in what would mark a sharp contrast with the past.

They met again at a ceremony to mark the anniversary of the Lisbon Treaty on Sunday and Lagarde is still in town, explaining to MEPs how the ECB should do its business under her watch. A dialogue is certainly open.

The new Commission chief has all the tools, resources and, probably most importantly, people, to impose her own stamp on the next five years, if she wants to.

We’ll soon find out if the accusations of her being too much in the pocket of the member states are well-founded or if von der Leyen is capable of surprising even the most cynical among us.

Another gigantic piece of the puzzle is how much money the EU will be able to spend over the next seven-year-period. According to this leak obtained by Jorge Valero, the member states might be willing to cough up more cash.

More than half a trillion euros might be needed every year up to 2050 to decarbonise the economy, stick to the Paris Agreement and save the world. The next big step is next week’s Council summit, so check out this long-read on where things currently stand.

NATO heads get down to business in London this week. Could Macron’s “brain-death” comments and Erdogan’s fractious rebuttal doom the summit to ignominy? Here’s the meeting curtain raiser and the European Defence Agency chief’s thoughts on the Alliance.

Turmoil in Malta has forced embattled PM Joseph Muscat to tender his resignation but he’s not going anywhere until at least January. Muscat’s Czech counterpart, Andrej Babiš, is in a conflict of interest over his business holdings, according to an in-depth audit.

Von der Leyen and Lagarde’s appointments are a welcome step in the quest for gender-equality but the result is still inadequate. At the lower echelons of political power, a large gap still remains.

New to EU politics and policy? Or have you just woken up from a six-month-long coma? Familiarise yourself with the new Commission in our dedicated tracker.

The NATO summit kicks off in London, COP25 continues in Madrid and the transport council enters its second day in Brussels.

One response to “The Brief – Ursula: Year One”