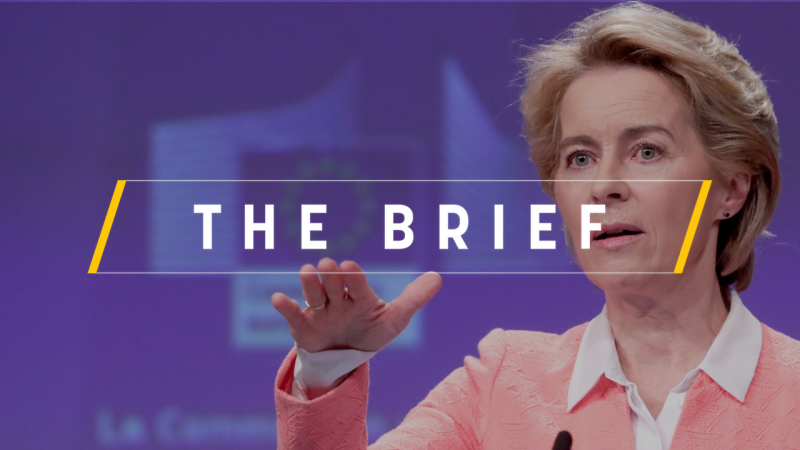 Any candidate endorsed by Viktor Orbán could expect to face a rough ride but Trócsányi, as a former judge and justice minister, is heavily linked to the rule of law slide that is making Hungary oh-so unpopular in Brussels.

That is why it was assumed he would get a relatively unimportant job, just like compatriot Tibor Navracsics did five years ago. Portfolios like education and sport, multilingualism and inland waterways were bandied about, half in jest, half seriously.

But at high noon on Tuesday, von der Leyen revealed that Trócsányi would be her enlargement chief. Most EU politics wonks currently put his odds of getting the European Parliament’s blessing at slim to none.

After all, a big part of the job is convincing candidate countries to make sweeping reforms, particularly when it comes to rule of law. It is not unfair to conclude that he does not have the credibility to perform the task.

So, with a team full of seasoned diplomats and an intelligent head on her shoulders, why would von der Leyen entrust Orbán’s man with the job?

I put it to you that this is part of a longer game, to push enlargement down the agenda and shirk responsibility for doing so.

Juncker made it clear in 2014 that there would be no new members of the EU club on his watch. Many would argue that stance has soured relations with the Western Balkans and increased Russia’s influence in the area. Quite possibly.

Von der Leyen would obviously want to avoid a repeat of that so she is counting on MEPs to strike down Trócsányi, leaving her free to suggest that enlargement be bolted on to another Commissioner’s duties.

After all, she has already made it clear with her picks that she favours a blurring of responsibilities.

The already controversial ‘Protecting our European Way of Life’ portfolio, or the cohesion and international partnerships jobs immediately spring to mind.

Trócsányi could then be given something more palatable to the Parliament, which then sets itself up unwittingly as the scapegoat for enlargement’s banishment to the back-burner.

Hungary might, of course, propose a new candidate. EU minister Enikő Győri, a former MEP, has been talked up but would Orbán be accommodating? Replacing Trócsányi would be an admission of guilt, when Budapest does everything it can to play the innocent.

If this particular gambit pays off as theorised, file this one under Macron the Kingmaker, given the French president’s hand in elevating von der Leyen to the top job and his noted aversion to admitting new members.

Here it is, the Class of 2019 – 2024. It is a new team to defend Europe’s economic sovereignty, which will top the agenda of Ursula von der Leyen’s team of commissioners.

A new Commission, a newly created DG Defence Industry and Space, at last. But what does the strengthening of the European defence file mean for a politically and industrially fragmented continent?

The EU’s Competition Commissioner Margrethe Vestager received broad support following her nomination as the Commission’s Executive VP for Digital. But a closer look reveals that someone else will in fact have significantly more influence on tech policy.

The European Green Deal has been branded as ‘hallmark’ for the new Commission as von der Leyen tasked her second-in-command ( Frans Timmermans) with overseeing Europe’s goal of achieving climate neutrality by mid-century.

“My successor will have a lot of work to do,” outgoing trade Commissioner Cecilia Malmström said, pointing towards relations with the US and China as part of the “very long list”.

Spain’s mortgage interest rate index could be considered abusive, advocate general of the European Court of Justice warned in his conclusions, which are contrary to an assessment of Spain’s Supreme Court.