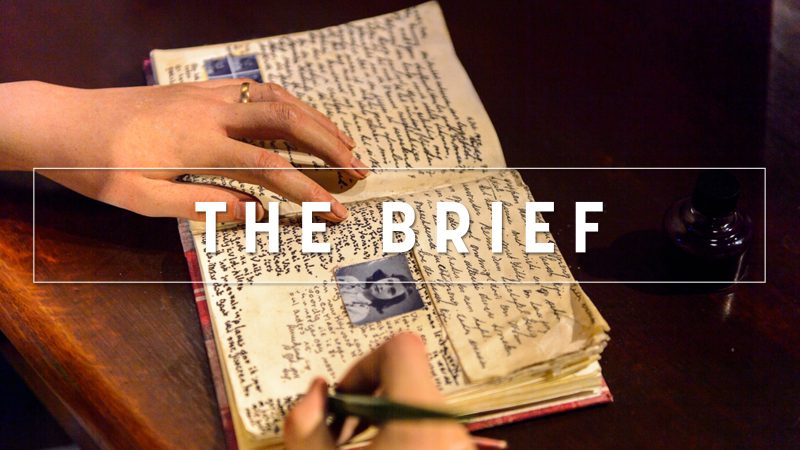 On 12 June 1942, Anne Frank received a notebook covered by a red-and-white plaid for her 13th birthday. She made it her diary, which went on to become one of the world’s most famous books. She would have turned 90 tomorrow.

From this day until 1 August 1944, she put down in words what it was like to live in a ‘Secret Annex’, the cluster of rooms with blacked out windows above Anne’s father’s office in Amsterdam where Anne, her sister Margot, her parents and four of their acquaintances hid from the Nazis.

She recorded her most intimate thoughts and feelings, describing the pressures of communal living mixed with spells of raw terror at moments of near discovery.

In addressing the journal directly as “Dear Kitty”, as though composing a letter, Anne takes the reader on a journey, a very personal one, yet paradoxically, one so many of us can somehow relate to. Because it speaks a language many of us can connect to. For instance:

“It’s difficult in times like these: ideals, dreams and cherished hopes rise within us, only to be crushed by grim reality. It’s a wonder I haven’t abandoned all my ideals, they seem so absurd and impractical. Yet I cling to them because I still believe, in spite of everything, that people are truly good at heart”.

Can we not somehow relate these words to the current political turmoil Europe is going through? Her words are powerful. And that power remains independent from age, social status, nationality. It is universal and her book rightly became iconic.

Anne Frank aspired to become a journalist, writing the following on Wednesday, 5 April 1944:

“I finally realised that I must do my schoolwork to keep from being ignorant, to get on in life, to become a journalist, because that’s what I want! I know I can write …, but it remains to be seen whether I really have talent …

And if I don’t have the talent to write books or newspaper articles, I can always write for myself. But I want to achieve more than that. I can’t imagine living like Mother, Mrs. van Daan and all the women who go about their work and are then forgotten. I need to have something besides a husband and children to devote myself to! …

I want to be useful or bring enjoyment to all people, even those I’ve never met. I want to go on living even after my death! And that’s why I’m so grateful to God for having given me this gift, which I can use to develop myself and to express all that’s inside me!

When I write, I can shake off all my cares. My sorrow disappears, my spirits are revived! But, and that’s a big question, will I ever be able to write something great, will I ever become a journalist or a writer?”

As a journalist, I take pride in sharing these words with you. This way, you and I contribute to keeping the memory of Anne Frank alive. It is also a way to recognise what a great writer she already was.

EU leaders want to focus on migration and external borders, or the “integrity of our physical space”, over the next five years, according to a draft of the so-called strategic agenda obtained by EURACTIV. Economy and climate action rank second and third.

The bloc’s finance ministers will discuss a new draft proposal for a financial transaction tax, which will significantly lower expected revenues once participating member states adopt it, according to details of the text.

Pro-EU parties should not feel complacent about the nationalists’ failure to win a majority in the new European Parliament, according to former Italian PM and ex-EU Commissioner Mario Monti.

The EU has voiced concerns about elections in Kazakhstan, while the country’s newly elected leader has vowed to enhance cooperation with neighbouring Central Asian states, including Russia and China.

Check out the latest edition of the Transport Brief, as well as how Scotland and Wales are turning to battery power to solve two different problems.