The Brief – Young Europeans, more than ever, must learn from Auschwitz 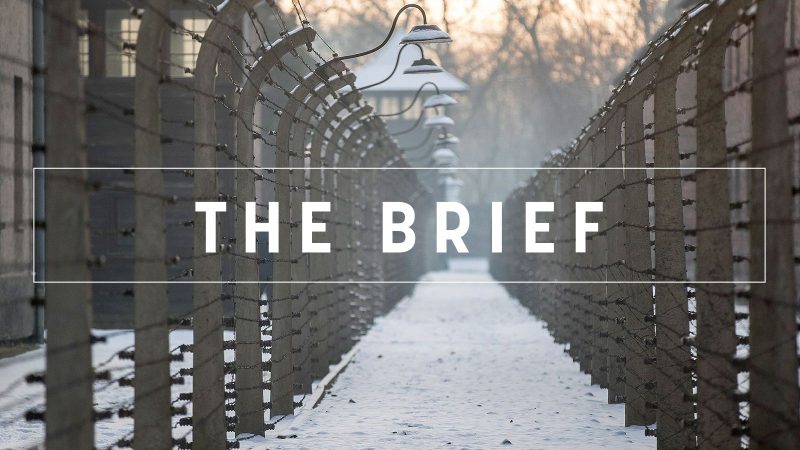 Yesterday, Europe marked the 74th anniversary of the liberation of Auschwitz. A visit to the site of the camp or even seeing the haunting images of the atrocities should spark one question: why are neo-Nazis still tolerated in our society?

On the same day, far-right nationalists protested at Auschwitz in Poland, overshadowing the annual commemoration.

Last week, neo-fascists in Greece vandalised a monument at the Jewish cemetery in Thessaloniki. Around 45,000 Jews from Thessaloniki were executed in Auschwitz.

A recent Eurobarometer survey showed that on average, five out of ten EU citizens believe that anti-Semitism is a problem for their country, and just about four out of ten think there is no problem with people who deny the Holocaust.

In addition, four out of ten Europeans believe that the Holocaust is taught adequately in schools. But 34% of respondents did not know that Holocaust denial is a criminal offence. 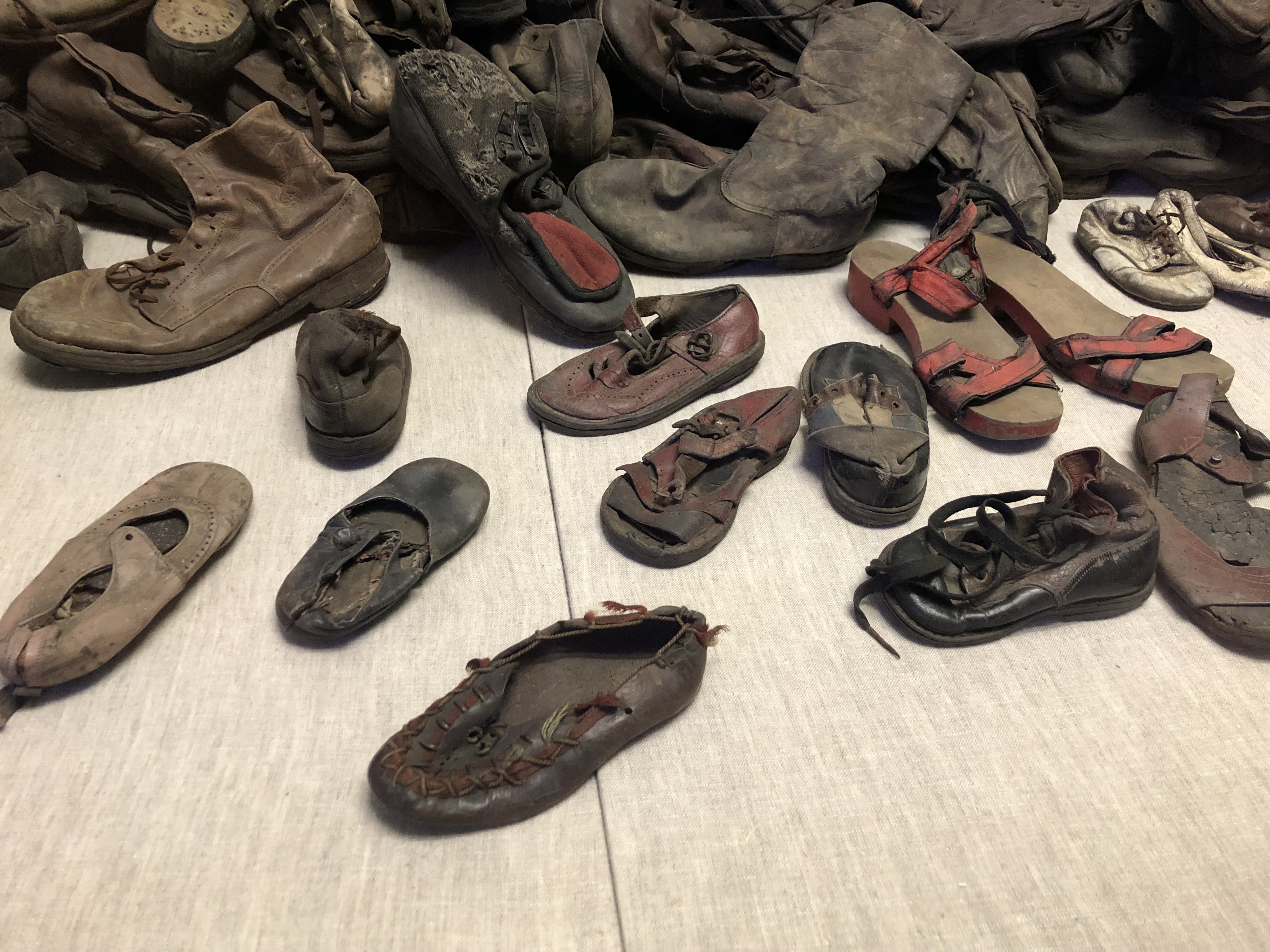 Every pupil in Europe, regardless of their education, social status or wealth, should visit Auschwitz or any other Holocaust site in Europe and get the feeling for the scale and depravity of the crime. [Sarantis Michalopoulos]

I recently paid a visit to Auschwitz camp. Those who have been there already know that it’s a deeply moving experience that defies easy description.

If you only think for a second that you are in a place where more than one million people were cruelly executed, you are puzzled; your feelings are mixed but one question you cannot really answer is why there is still tolerance toward contemporary neo-Nazis.

Ahead of the crucial EU elections in May, the question may have more urgency than ever before.

Far-right extremists, or modern anti-Europeans in disguise, are still waiting in around the corner. All it takes to wake them up is an incident with a migrant or a political agreement promoting peace in the Balkans.

I still remember a famous graffiti that decorated many walls in Athens, saying “no one is born a fascist […] you become one”.

There are young people who get the message just by reading a book on the subject. But it’s not the case for all and it is this part of the society that needs to be reached.

They are the ones that will be exploited and manipulated in times of social unrest.

Every pupil in Europe, regardless of their education, social status or wealth, should visit Auschwitz or another Holocaust site in Europe and get the feeling for the scale and depravity of the crime.

This would make them more aware of what happened during WW2 and remind them that democracy should not be taken for granted.

EU-wide flagship education programmes such as Erasmus indeed help EU youngsters see the bright side of Europe. But is it enough to create an EU identity without teaching people about the mistakes of the past?

How about earmarking EU funds for all schools across Europe to visit Auschwitz?

Back from Davos the mood is rather dim: decision-makers and business leaders have warned of the risk of triggering self-inflicted recession if the growing pessimism from economic or political issues persist. Carbon pricing and digital tax also found traction.

Tens of thousands swept the streets in Belgium this weekend to protest the lack of state action to halt climate change. In France, it is now ‘red scarf’ against ‘yellow vest’ violence.

Yanis Varoufakis, the Spitzenkandidat for leftist Democracy in Europe (DiEM25), says it was a “painful” decision but he is running against the European Left, which is not united and civilised.

Former UK deputy Prime Minister and now head of Global Affairs at Facebook, Nick Clegg announced today that Facebook will roll out measures to combat election interference. But he also said that such issues “go far beyond one company.”

Emmanuel Macron said that he will not respond to criticism by populist Italian leaders Di Maio and Salvini because their words are of “no interest”.

Hungary, meanwhile, takes aim at ‘Soros man’ Frans Timmermans and will not take part in this week’s European Parliament debate on the rule of law in the country.

With negotiations having lasted eight months and the outcome already postponed once, the German “coal commission” has presented its final report. Check out what’s inside here.

Brussels is set to offer Washington a way out from current trade tensions with the Chinese, authorising imports of soybeans from the US to produce biofuels.

What on earth could Phil Hogan have said to Jean-Claude here? Best entries here for a shout-out in The Brief! 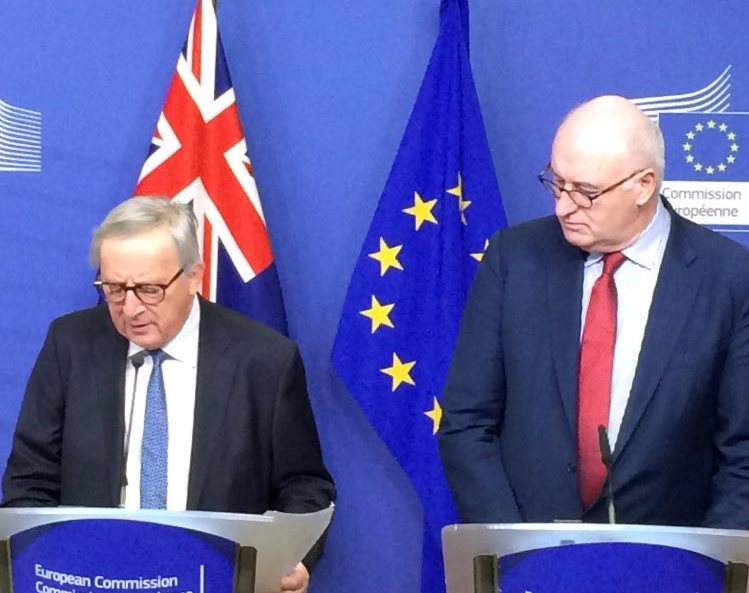 A very nervous Theresa May as the UK parliament debates her “Plan B” motion tomorrow. The vote is expected to follow in the early evening of the same day. Treat yourself with some live footage of Britain trying to leave the EU.