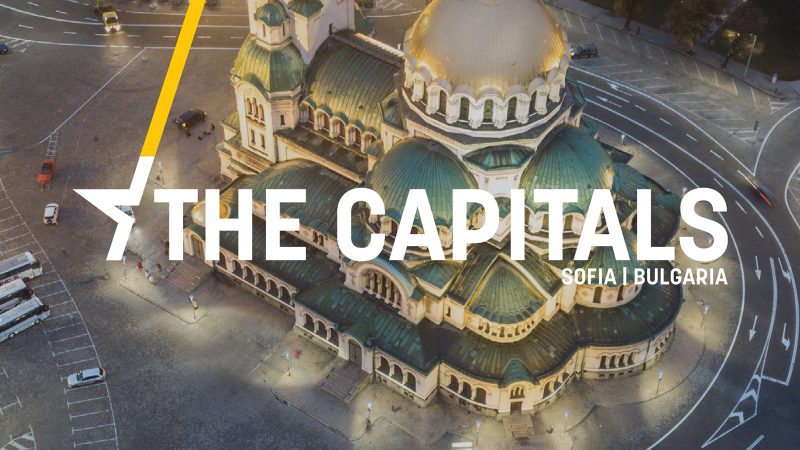 Against Kövesi: Bulgaria has voted against Romanian magistrate Laura Codruța Kövesi for the position of first-ever chief prosecutor of the European Prosecutor’s Office (EPPO), the daily Sega reports.

Kövesi has been shortlisted with two other candidates, Jean-François Bohnert from France and Andres Ritter from Germany. At the Coreper meeting a secret vote was held, with Bonhert obtaining 50 votes, and Kövesi and Ritter 29 each.

Bulgarian Prime Minister Boyko Borissov is reportedly unhappy with statements by Kövesi during a visit to Bulgaria in March 2017. (Georgi Gotev, EURACTIV.com)

How Bulgarians see the EU vote: 52% of Bulgarians think the EU elections won’t be fair, according to a study by Gallup International. The results are in line with typical public doubts over the integrity of the electoral process.

Another analysis showed that 54% of Bulgarians think that the EU elections are important, and most of them are supporters of the ruling centre-right party GERB (EPP) and the main opposition Socialist party. In Bulgaria, polling agencies are usually considered as too close to the ruling coalition or to the opposition. (EURACTIV’s media partner Dnevnik.bg)

Criticism as May delays Brexit vote: UK Prime Minister Theresa May came under fire on Sunday (24 February), after it transpired that a final Commons vote on her Brexit deal will happen only “by March 12.” There had been rumours that a deal may have been put before MPs this week.

May revealed the new plans as she travelled to the EU-Arab League summit in Egypt. Labour has described the delay as the “height of irresponsibility.”

“This change to the law is essential to closing the gender pay gap and dismantling the structural barriers that hold women back from promotion and progression,” Butler said, on announcing the plans. (Samuel Stolton, EURACTIV.com)

The mobile congress: More than 110.000 visitors will visit this year’s Mobile World Congress in Barcelona that will kick off today. EURACTIV’s Sam Stolton will be there to report on the latest developments of the digital agenda, and the US-Europe growing differences over how to handle Huawei. Read more

The Congress’ opening gala dinner yesterday was an occasion for the first encounter between King Felipe VI and the President of Catalonia, Quim Torra. The Catalan government cut ties with the monarch after he accused the pro-independence politicians of “inadmissible disloyalty” after the referendum. It will be also the first Congress after the local and regional government approved legislation on hailing companies, forcing Uber and Cabify to stop their services in the city.

Economic imbalances: The EU Commission will warn Spain again this year of the widespread use of temporary contracts and the high level of people at risk of poverty, in addition to the high debt levels, according to the macroeconomic imbalances report seen by El Pais. (Beatriz Rios, EURACTIV.com)

Pedro Sánchez’s book ‘Manual de Resistencia’: Socialist PM Pedro Sánchez became the first EU political leader in office to publish a book. He has announced that the money generated by the book sales will be donated “to homeless” people in the country.

Surveys predict a victory of the socialist PSOE in national elections scheduled for 28 April, but far from the majority required of seats. (EuroEFE.EURACTIV.es)

Ambitious CAP budget: President Emmanuel Macron said he was fighting for an “ambitious CAP budget” in Brussels that would take account of Brexit. He also promised that agricultural products would never be part of a trade deal with the US.

EU Parliament anyone? Nobody wants to take the first place on the LREM list for the EU elections. According to a poll, the party would get 25% of the vote. But François Bayrou, head of centrist party Modem who helped Macron get into power, said he would not lead the LREM list. There are rumours that Nathalie Loiseau, minister of European affairs, and health minister Agnes Buzyn are on the nominee list. (Aline Robert, EURACTIV.fr).

CDU-Greens coalition possible. CDU leader Annegret Kramp-Karrenbauer and Green Party leader Katrin Göring-Eckardt said in a joint interview with Bild am Sonntag (24 February) they were open to a coalition between the two parties. “We can do very well together, we live in a time when there are no more natural coalition partners, so we have to be able to talk”, Kramp-Karrenbauer said.

Too little AI awareness: Germany has been talking about Artificial Intelligence, but no concrete steps have been taken so far. This could prove detrimental to German companies, the Frankfurter Allgemeine Sonntagszeitung reported on 24 February adding that one out of two German companies completely ignores the AI issue (48%).

Keeping the balance. Die Linke has elected its two EU-Candidates: Martin Schirdewan and Özlem Demirel. Schirdewan was born in the former GDR and belongs to the reformist camp in the leftist party. His co-lead candidate Özlem Demirel is from the West and represents the party’s left faction. The key message from the convention was also the party’s open support for the EU. (Claire Stam, EURACTIV.de)

Polish beef: It’s up to the Czech Republic to police food imports that may pose a health risk, but the action must be appropriate, the European Commission said. Extraordinary veterinary measures ordered by the Czech Agriculture Ministry for the import of Polish beef have been imposed after vets found salmonella in meat samples.

Leader in e-commerce: Turnover of e-shops in the Czech Republic is growing at a nearly 25% rate, the fastest in Central Europe. The share of Internet shops in total retail turnover is the highest in the Czech Rep. and Poland. The Czechs also rank second in the number of e-shops (37,000), the Czech News Agency reported. (Ondřej Plevák, EURACTIV.cz)

President: Criminal charges are Fico’s political vengeance: After four years of investigation, criminal charges for tax fraud have been brought against the CEO of a firm co-owned by the Slovak president Andrej Kiska. The President said the ex-PM Robert Fico blackmailed him with this scenario, should Kiska not nominate him for the chairmanship of the Supreme Court, something he ruled out when Fico announced his candidacy. Fico denies Kiska’s allegations and has already withdrawn his candidacy for the Constitutional Court. (Zuzana Gabrižová, EURACTIV.sk)

Socialist promises: Commission first VP Frans Timmermans talked with socialist PSD leader Liviu Dragnea at the PES Congress in Madrid. “I told him: Liviu, if you want to be part of this family, you must respect our fundamental values! And Liviu said they will do that and we’ll have more discussions in the upcoming days and weeks.” Timmermans said. He added that PES was the party that criticises others for breaking the rule of law but it should talk openly when such problems arise within its own family. (Bogdan Neagu, EURACTIV.ro)

Former PM in trouble: Slovenian National Television has announced that €130,000, approved by former PM Miro Cerar’s government for the model of the second track of the Koper (Adriatic Sea port) – Divača (hub) railway, ended up in the party’s treasury and was used to fund its campaign for last summer’s elections. (Željko Trkanjec, EURACTIV.hr)

Local community against LNG terminal: Environment Minister Tomislav Ćorić has tried to convince representatives of the local community in Omišalj town, that the construction of the floating LNG terminal, which is co-funded by the EU, is in the country’s interest.

The Amsterdam coalition: Anka Mrak Taritaš, leader of the liberal GLAS party, said that the Amsterdam coalition (GLAS plus six liberal parties) would not allow the various ‘Orbans’ and the domestic dictators in silk gloves to take away our freedom with their arrogant and despotic behaviour. (Željko Trkanjec, EURACTIV.hr)

Third of registered media inactive: There are 2,500 registered media in Serbia, 30% of which are inactive, according to a survey by the Serbian Journalists’ Union. The survey showed that certain digital media operate unreported and that small salaries, unsecured labour and a lack of collective labour agreements dominate work in digital media. (Julija Simić, Beta-EURACTIV.rs)