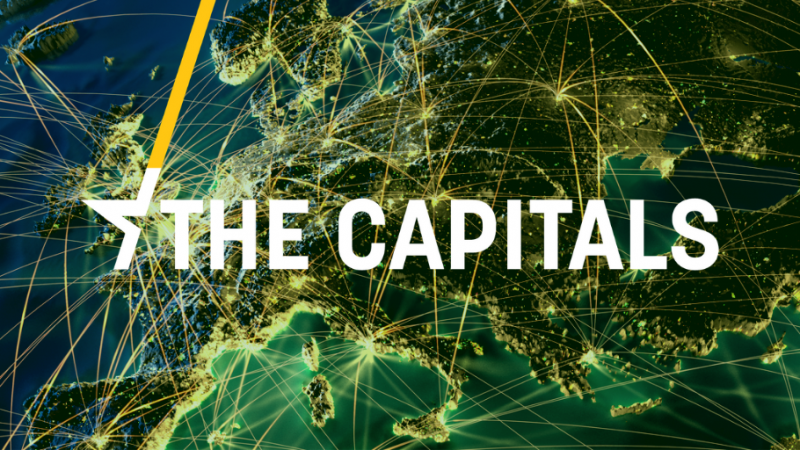 The Capitals is EURACTIV'S daily newsletter from across Europe.

The Capitals brings you the latest news from across Europe, through on-the-ground reporting by EURACTIV’s newsroom network.

Yellow Vest slowdown: Only 40,000 people joined the Yellow Vests demonstrations over the weekend, a sign that the movement may be slowing. Speaking to Le Midi Libre newspaper, Economy Minister Bruno Le Maire promised to support businesses affected. Polls show roughly half of the French people still support the Yellow Vests, while a growing number are fed up with it.

Economy loses steam: Central bank governor Villeroy de Galhau thinks the slowdown of the European economy is “significant”. According to him, the European Central Bank could change its interest-rates guidance if it becomes clear that the situation isn’t temporary, he said in an interview with Spanish newspaper El Pais. (Aline Robert, EURACTIV.fr).

‘Nein’ to Angela Merkel: With three regional elections to be held after the summer break, the local branches of the Christian-democrats (CDU-EPP) are planning to overwhelmingly ignore Chancellor Angela Merkel (also CDU) during their campaigns, Der Spiegel reported. Far-right Alternative für Deutschland (AfD) is expected to score high in all three ‘Länder’.

800 IS fighters: The US wants Europeans to take back hundreds of captured IS fighters from Syria and bring them to justice – including Germany. A spokesperson from the German Interior Ministry said on Sunday (17 February) the condition to do so is to be granted consular access to the persons concerned. (Claire Stam, EURACTIV.de)

Netanyahu irritates Poland: Israeli PM Benjamin Netanyahu told the Middle East conference in Warsaw that Poles, together with Nazi Germany, were responsible for killing Jews during the Holocaust. In response, Polish PM Mateusz Morawiecki called off his visit in Israel for the V4 summit due today. Instead, Foreign Minister Jacek Czaputowicz will represent the country. In the meantime, Israelis have attempted to correct the faux pas saying that Netanyahu meant individual Poles and not the Polish nation as a whole.

Pro-EU alliance vs. conservatives: Two parties joined the Civic Platform (EPP) in a “European Coalition” ahead of the EU elections. The socialist Democratic Left Alliance (S&D) and the Greens have decided that the only way to defeat the conservative ruling Law and Justice (ECR) party is to join forces with the largest opposition party. Polish People’s Party (EPP) and liberal Modern (ALDE) are also expected to join this week. (Karolina Zbytniewska, EURACTIV.pl)

Let the battle begin: The snap elections set for 28 April will mark the political agenda for the coming weeks. The right-wing bloc of Partido Popular (EPP), Ciudadanos (ALDE) and Vox, a far-right party that has shaken up Spanish politics, will focus on a hard stance against the Catalan pro-independence push. For Socialist Prime Minister Pedro Sánchez, the social agenda will take centre stage in his campaign. His fate will depend on his capacity to mobilise left-wing voters. (Jorge Valero, EURACTIV.com)

May pleads with Tory MPs: “History will judge us all.” UK Prime Minister Theresa May has called for her fellow Conservative MPs to support her Brexit plans, urging rebels within her own party to put aside “personal preferences.”

In a letter penned to all 317 Conservative MPs, May said over the weekend that it would be in the UK’s interest to “move beyond what divides us,” and that “history will judge us all” for decisions to be made in the coming months regarding the UK’s withdrawal from the EU.  (Samuel Stolton, EURACTIV.com)

Salvini on trial?– In a crucial test for Italy’s governing coalition, the activist base of the ruling anti-establishment Five Star Movement will vote today on whether to shield Interior Minister Matteo Salvini from standing trial for refusing to let a migrant boat disembark in August. After that, Italy’s upper house must decide on Tuesday whether to grant prosecutors the right to try Lega’s leader and observers believe that authorising the investigation could trigger a government crisis.

Pecorino deal – Italy’s government and Sardinian dairy farmers clinched a deal over falling prices of sheep milk, as Lega’s Agriculture Minister Gianmarco Centinaio promised to set the price at around 72 euro cents per litre. Before formalising the deal, Centinaio will meet Commissioner Hogan in Brussels on Tuesday. The issue is important for Lega, as regional elections will take place in Sardinia at the end of the week. (Gerardo Fortuna, EURACTIV.com)

Tsipras eyes centre-left: Greek PM Alexis Tsipras has reshuffled his government, bringing six new ministers (among them 2 socialists) on board, opening up to the centre-left and rewarding left-wing activists. All new members are younger than the 44-year-old PM.

Tsipras’ Syriza party (European Left) wants to capture the centre-left space and absorb votes from socialist KINAL, a political alliance also known as the Movement for Change, which has accused Tsipras of making “unethical” deals with some of its members. Some far-left Syriza members have reacted negatively to Tsipras’ move. (Theodore Karaoulanis, EURACTIV.gr)

Constitutional crisis unfolding: The Slovakian Parliament has failed to elect candidates for the nine judges of the Constitutional Court. The decision is highly controversial, given the candidacy of former PM Robert Fico, who is seeking a career refuge as chairman of the Court despite doubts over his professional and moral qualifications.

The selection of the judges will be a task for the new President, who is to be elected in March. The frontrunner, EU Commission VP Maroš Šefčovič, has refused to answer whether he would nominate Fico to lead the Court or not. (Zuzana Gabrižová, EURACTIV.sk)

“One-man party”: The Congress of the ruling ANO party (ALDE) has chosen MEP Dita Charanzová as leader for the EU elections and PM Andrej Babiš as chair of the party. Both decisions were expected because ANO is often called a “one-man party“ while Babiš, the second richest man in the Czech Republic, expressed his wish to see Charanzová as leader a few weeks ago.

Brexit impact: According to the Czech foreign ministry estimates, a no-deal Brexit could cause a drop in the Czech GDP by 0.5 – 1%. This is why Tomáš Petříček, head of Czech diplomacy, hopes to see the Brexit date postponed. (Aneta Zachová, EURACTIV.cz)

Budget gets green light: The Romanian parliament finally approved the 2019 budget on 15 February, following a week of heated debate. However, President Klaus Iohannis, who could veto the law, criticized the budget construction. He said it was based on overestimated economic figures and neglected much-needed public investments. Romania’s government estimates economic growth of 5.5% for 2019, while most international institutions forecast a GDP growth of around 4%.

EU cooperation in defence: Amid increasing pressure on the multilateral international system, EU citizens are concerned about security, Romania’s President Klaus Iohannis told the Munich Security Conference. “We need a coherent and inclusive approach among member states and EU institutions,” he said. “EU member states have realised that cooperation in the area of defence needs to become the rule and missions under the EU flag are more effective and credible than acting within a coalition of few”, he added. (Bogdan Neagu, EURACTIV.ro)

The Socialists control 79 of the 240 seats in parliament and, according to opinion polls, are neck-and-neck with Boyko Borissov’s GERB party. BSP said the Election Code amendments had been made “in the interests of companies and oligarchs.” (Georgi Gotev, EURACTIV.com)

Low EU election participation: According to a new opinion poll, low turnout (30%) will prevail in the next EU elections. In 2014, it was 24%. The centre-right Democratic Party of Slovenia (EPP) is expected to get 18%, the party of Prime Minister Marjan Šarec (ALDE) 13%, the social democrats 12.6 % (S&D) and Slovenian people’s party (EPP) 10%. (Željko Trkanjec, EURACTIV.hr)

MEPs to ‘fight for a sovereign Croatia’: Božo Petrov, leader of right-wing Most (Bridge) party, said the party’s future MEPs (polls suggest 1 MEP) would fight in the EU Parliament for a sovereign Croatia. Petrov called on people to “fight or die quietly”. “Without a fight, you are supporting those who see Croatia in the EU as someone’s province rather than as an equal member”. (Željko Trkanjec, EURACTIV.hr)

EU Commission (EC) seeks quick solution: EU Commissioner Johannes Hahn said Serbia and Kosovo should seize the moment and reach a deal before the end of this EC’s term in October because there will be a loss of rhythm before the new team warms up.

Speaking at the Munich Security Conference, Hahn said the outcome of the Belgrade-Priština dialogue would be crucial for the EU perspective of Western Balkans. Serbian President Aleksandar Vučić said the dialogue reached a “deadlock” because Priština “wants to get everything and for us to lose everything”. Kosovo PM Hashim Thaçi said the dialogue ought to be continued without ultimatums and that it should result in the recognition of Kosovo and its membership in the UN. (Julija Simić, Beta-EURACTIV.rs)