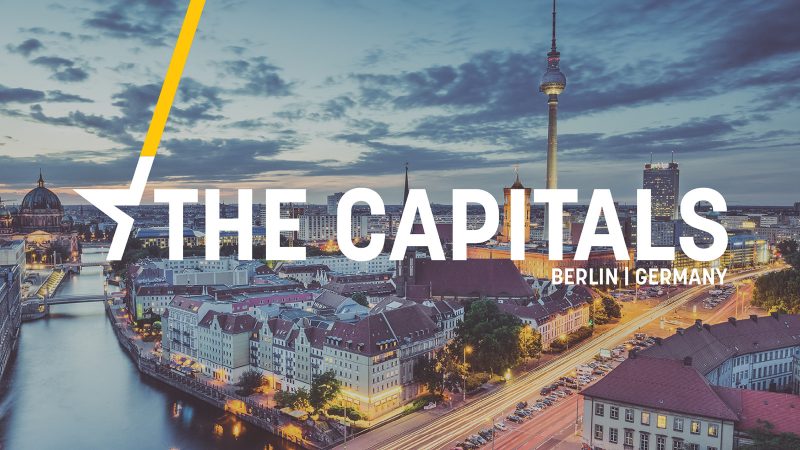 AfD wins case vs. spy agency: Germany’s far-right Alternative for Germany (AfD) party won a legal victory on 26 February against the Office for the Protection of the Constitution (BfV), the country’s domestic intelligence agency.

AfD complained that the administration had defamed the party by publicly treating it as a “test case”, which allows the BfV to investigate organisations suspected of extremism. The Administrative Court in Cologne said BfV overstepped its mandate and “conveyed a negative effect to the public”. (Claire Stam, EURACTIV.de)

Investment screening: The Czech trade ministry is preparing a national screening mechanism to avoid security risks linked to foreign direct investments. According to the Czech News Agency, the initial proposal requires the state to approve foreign investments in specific sectors, such as infrastructure.

Brexit extension on the cards: UK Prime Minister Theresa May has assured MPs that they will be offered a vote on whether the UK should delay its departure from the EU, if they turn down her deal as well as the opinion of a ‘no deal’ Brexit.

“If the House, having rejected leaving with the deal negotiated with the EU, rejects leaving on 29 March without a withdrawal agreement and future framework, the Government will, on 14 March, bring forward a motion on whether Parliament wants to seek a short limited extension to Article 50,” May said on Wednesday (26 February). (Samuel Stolton, EURACTIV.com)

Dutch weigh in on Air France-KLM: Finance minister Bruno Le Maire was surprised by the news that the Netherlands has bought 12.68% of Air France-KLM, enabling it to weigh in on the airline company’s strategy. France is the primary shareholder with 14.29% of the stock.

Another French MEP faces prosecution: Michele Alliot-Marie, an MEP for the centre-right Les Republicains, is being prosecuted over money transfers in Saint-Jean-de-Luz, where she used to be mayor.

‘I am a political prisoner’: Jordi Cuixart, leader of a cultural organisation who faces charges regarding his role in inciting protests ahead of Catalonia’s illegal referendum, told the Spanish Supreme Court he was a “political prisoner”.

He defended with “pride” the organisation of the referendum over the independence of Catalonia in October 2017, saying it was “the biggest exercise of civil disobedience there has been in Europe”.

Socialists reject Tsipras: Greek Socialists (Pasok) as well as the centrist Potami –both affiliated with the Socialist and Democrat group – rejected a proposal made by leftist PM Alexis Tsipras to create a ‘progressive’ alliance ahead of the EU elections. Giannis Boutaris, the popular Mayor of Thessaloniki, also denied reports suggesting that he would run in the EU elections for the ruling leftist Syriza party.

Šefčovič not a frontrunner anymore: Popular support for lawyer Zuzana Čaputová is surging ahead of the first round of presidential elections on 16 March, according to polls. Čaputová leads the latest poll followed by EU Commissioner Maros Šefčovič, while another candidate, R. Mistrík, has decided to withdraw from the race to back Čaputová.

The socialist Smer-SD party, which nominated Šefčovič, lashed out against Čaputová. “Adoptions of children by homosexuals, registered partnership, abortions… Are these Čaputová´s values? (…) There is nothing sacred to people like Čaputová,” Smer-SD vice-chair Juraj Blanár wrote on Facebook. (Zuzana Gabrižová, EURACTIV.sk)

Prosecutor hearings: The candidates for the position of Chief European Prosecutor faced the questions of MEPs in the Justice and Budgetary Control committees of the European Parliament. The former head of Romania’s anti-corruption directorate, Laura Codruta Kovesi, got most votes from the CONT committee members (12, while the French candidate, Jean-Francois Bohnert, got 11). The LIBE committee will vote today. (Bogdan Neagu, EURACTIV.ro) Read more: Parliament to audition the three candidates for EU chief prosecutor

Bulgarian TV chief under fire: Konstantin Kamenarov, the chief of the state-owned public television is under trial for drunk driving. To escape from a court session on 18 February, he presented a medical certificate of illness. However, Kamenarov attended a meeting with press chiefs in the European Parliament on 19 February on fake news. The revelation came after BNT aired footage showing Kamenarov attending the event. If convicted on drunk driving charges, Kamenarov risks up to 3 years of jail. He would also need to resign from BNT, as the chief of this media cannot be a person with a conviction. (Georgi Gotev, EURACTIV.com)

President and populists less popular: A new poll confirmed that President Kolinda Grabar-Kitarović, whose first term expires at the end of this year, has the support of only 48% of voters, down from over 60%. In addition, the populist Human Shield, which has close ties with Italy’s 5 Star Movement, has fallen to 12.4% support, although it retains strong support among under 30s. ((Željko Trkanjec, EURACTIV.hr)

The initiative calls for the normalisation of relations between Belgrade and Priština, a boost to Serbia’s EU accession, the development of good neighbourly relations, and cooperation with NATO. (Simić Julija, Beta-EURACTIV.rs)