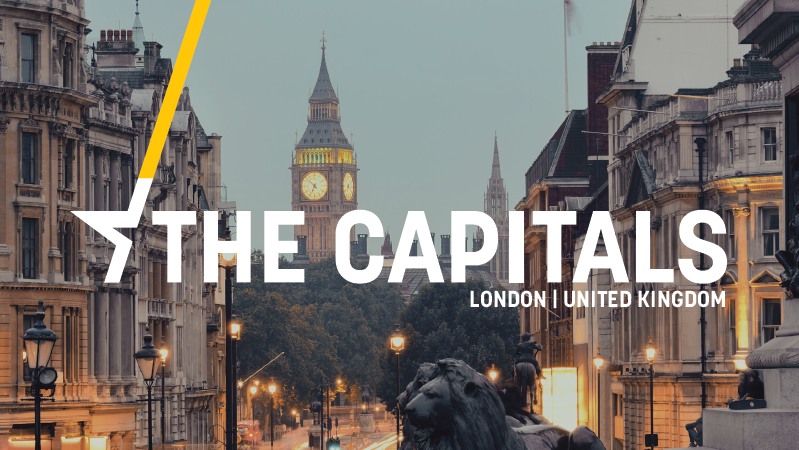 The Capitals brings you the latest news from across Europe, through on-the-ground reporting by EURACTIV’s newsroom network.

Labour exodus: Seven MPs have resigned from the Labour Party in protest at leader Jeremy Corbyn’s Brexit stance. Recent allegations of anti-Semitism against the party also factored in.

Corbyn said he was “disappointed” with the decision, while Shadow Chancellor John McDonnell said it is better for members with opposing views to remain within the party and “fight your corner”.

All seven MPs back a second referendum on the UK’s EU membership. They will now sit in parliament as independent members. (Samuel Stolton, EURACTIV.com)

Socialists ahead in the polls: The Spanish socialists (PSOE) are leading two new polls ahead of snap elections on 28 April. A report for conservative daily La Razón suggests a socialist victory but says an Andalusia-style conservative alliance between the Partido Popular (EPP), Ciudadanos (ALDE) and Vox (far-right) could get in the way if they pool their projected 188 seats.

Another poll, conducted by Metroscopia for the leftist newspaper 20 Minutes, also predicts a PSOE victory but questions the feasibility of a tripartite conservative government. (Fernando Heller, EuroEFE.EA.es)

Mobilisation against anti-Semitism: Fourteen political parties and associations have called a wide demonstration against growing anti-Semitism in the country for Tuesday evening. The call follows anti-Semitic abuse by yellow vests against French philosopher Alain Finkielkraut last weekend and a drastic rise of 74% of antisemitic incidents last year in France.

Massive CAP fraud in France: The European Anti-Fraud Office (OLAF) has recommended that the EU Commission recover €536,500 of CAP credit that was misused in France between 2015 and 2017 in Corsica. The case involves six people. (Cécile Barbière- EURACTIV.fr)

EU elections value in Germany: 70% of Germans believe their vote in the upcoming EU elections is meaningful, according to a new Eurobarometer. The rate is significantly higher compared to 47% in the spring of 2016. (Claire Stam, EURACTIV.de)

Five Star protects Salvini: After an online vote, Italy’s Five Star Movement (EFDD) blocked a trial against Matteo Salvini by asking party lawmakers not to lift his parliamentary immunity over the Diciotti case. Senators must decide today whether the Lega leader has to face a trial for alleged abuse of power and even possibly charges of kidnapping migrants.

Neapolitan autonomy: Naples Mayor Luigi De Magistris announced on Facebook a referendum on total autonomy for the city will be held by the end of the year. The vote could trigger other claims for ‘differentiated autonomy’ in the whole region of southern Italy. (Gerardo Fortuna)

Polish-Israeli spat: Poland has decided not to participate in the Visegrad (V4) summit in Jerusalem after Israel’s interim foreign minister, Yisrael Katz, said “Poles suckled anti-Semitism with their mothers’ milk”. Polish PM Morawiecki said Katz’s remarks were “racist and unacceptable”. As a consequence, the summit has been cancelled and the other Visegrad countries will only hold bilateral meetings. (EURACTIV.pl editorial team)

Reform delays: Greece risks losing €4.8 billion of profits from Greek bonds held by eurozone central banks due to delays in implementing the agreed reforms, EU officials said according to Reuters. The hot potato is the legal framework for non-performing loan resolutions.

Great expectations: 80% of Slovaks believe the EU should have joint armed forces, a poll commissioned by the EU Commission Representation in Slovakia has shown. More than 75% said the EU should tackle corrupt politicians and foster high levels of transparency in the public and private sphere.

Concerns about Kuciak’s murder investigation: Reporters Without Borders (RSF) are concerned about possible political interference in the investigation of the murder of Slovak journalist Jan Kuciak and his fiancée. RSF also criticised a new draft media law providing politicians with the “right to reaction” to critical coverage. (Zuzana Gabrižová, EURACTIV.sk)

Expensive data: Internet data in the Czech Republic is the most expensive in Europe. An analysis by Point Topic found that Czechs pay around €5.7 per 1 GB. Trade Minister Marta Nováková said she believes the prices would fall if people increased their use of data but this only triggered more criticism. (Aneta Zachová, EURACTIV.cz)

EU Prosecutor-in-Chief: After accusations against Romanian candidate Laura Kovesi, liberal leader Guy Verhofstadt called on Parliament boss Antonio Tajani to defend the integrity of the selection process for the Chief European Prosecutor. Kovesi was dismissed from Romania’s anti-corruption leadership after she was accused of abuse of power and misconduct.

Verhofstadt said he was ”dismayed at the attacks” against Kovesi by the Romanian authorities and urged Bucharest to guarantee that she could participate in the EP hearings. (Bogdan Neagu, EURACTIV.ro)

Borissov overrules his deputy: Bulgarian PM Boyko Borissov overruled major decisions ahead of the European elections by his number two in the GERB party, Tzvetan Tzvetanov. Tzvetanov had announced amendments to the Election Code, eliminating the preferential vote, and that the Central Electoral Commission (CEC), whose mandate has expired, would be kept on. Borissov said the decisions were taken in his absence and that a new CEC will be elected, and the preferential vote kept.  (Georgi Gotev, EURACTIV.com)

Slovenia sues Italian companies: Slovenia will sue six Italian radio stations close to the border that use frequencies belonging to Slovenia. The government said the problem has been going on for more than ten years and the Italians had shown no interest in resolving it. (Željko Trkanjec, EURACTIV.hr)

End of roaming charges in Western Balkans (WB)? : EU Commissioner for Digital Economy Mariya Gabriel expects the Regional Roaming Agreement for the Western Balkans to be signed at the WB Digital Summit on 4-5 April in Belgrade. The Regional Cooperation Council said roaming in the region would be free by summer 2021. (Julija Simić, Beta-EURACTIV.rs)