The Capitals: Macron plays the bad cop, Belgians to apologise for colonial wrongs 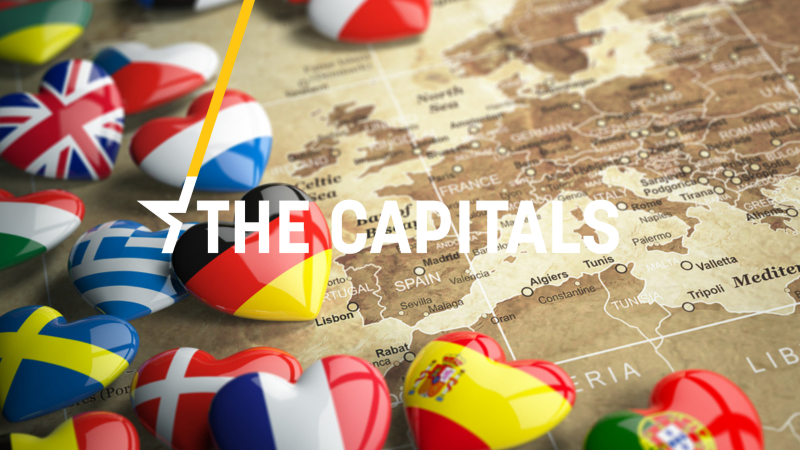 Macron plays bad cop: Following a meeting with the Irish PM, French President Emmanuel Macron said a long Brexit extension was “not evident or automatic” but that he was open to new British proposals: new elections, a referendum, or a different future relationship such as a customs union with the bloc.

“We cannot spend months working out the modalities of a divorce,” he said, adding the EU cannot be held hostage to a British political issue.

Twitter blocked the French government: The #Ouijevote EU elections campaign, has been rejected by Twitter as a new law about fake news in France asks platforms to give information about who is paying what regarding politics. Google and Facebook can already do that, but Twitter can’t. (EURACTIV.fr)

May wants extension without EU elections: Seven-hour UK Government cabinet talks concluded yesterday with Prime Minister May announcing that she would seek an extension on the U.K.’s withdrawal date from the EU to open cross-party talks with Labour party leader Jeremy Corbyn. The exit date had already been pushed back to April 12, but May said on Tuesday that she would like any further extension to be ‘as short as possible’ so that the UK would not be obliged to take part in EU elections in late May.

Ex-Foreign Secretary and frontman of the Leave campaign in the 2016 referendum, Boris Johnson, described the prospect  as ‘ridiculous.’ (Samuel Stolton, EURACTIV.com)

Colonial past: Belgian PM Charles Michel is set to apologise for the way the Belgian government has treated hundreds of Metis, mixed race children who were born in the late 40s and 50s in Congo, Rwanda or Burundi from a relationship between a Belgian and a native woman. On the eve of independence, the state systematically took those children away and sent them to Belgium to be raised in orphanages, asylums or with adoptive parents.

The move comes a year after a parliamentary resolution was passed demanding measures such as the return of Belgian nationality, solving problems regarding marital status and providing assistance in the search for biological parents. (Alexandra Brzozowski, EURACTIV.com)

Merkel criticises Poland and Hungary: In light of China’s rising strength and Brexit, it is increasingly important that EU member states work together, Germany’s Chancellor Angela Merkel said on Tuesday (2 April). She said the EU relies on democracy but pointed out that there were problems, particularly in Poland and Hungary.

GHG emissions drop: Warm weather and a drop in fossil fuel use pushed down Germany’s greenhouse gas emissions by 4.2% in 2018, the “first notable reduction” in four years, according to the first estimate by the Federal Environment Agency (UBA). The decrease would mark the largest emissions drop since the 2009 recession. (Claire Stam, EURACTIV.de)

Growth, first concern: Following a meeting with Italy’s PM Conte in Rome, Commission president Jean-Claude Juncker said he was concerned about Italy’s economy’s decline. He asked Rome to make bigger efforts to keep the growth alive. He also called some Italian ministers “liars” when they say that the EU didn’t give enough financial support to Italy. (Gerardo Fortuna, EURACTIV.com)

Problem with inequality: According to a study by a group of French economists, Poland has the highest level of income inequality among EU states. The top 10% highest-earning Poles produce 40% of the GDP, higher than in Spain (30%), in Sweden (27,7%), or in Europe on average (34%). The study also points out that in the 21st century inequalities have risen in Poland, bucking a regional trend. (EURACTIV.pl)

Commission stops controversial Slovak levy on retailers: The Commission has suspended a special Slovak levy on retail chains amounting to 2.5% of their turnover, if at least 25% of their turnover originates from the sale of food. The levy has led to a spike in food prices in Slovakia. The executive issued an injunction and opened an investigation on whether exemptions from the levy give some retailers an unfair advantage, in breach of EU State aid rules. The Slovak Ministry of Agriculture sees the pressure of lobbyists behind the Commission decision. (Zuzana Gabrižová, EURACTIV.sk)

Islamist threat: A poll conducted by the European Council on Foreign Relations’ (ECFR) has shown that 1 in 4 of Czechs believe that radical Islamism and migration are the biggest threats for Europe while economic issues, Russia and the climate change are less worrying. Over 80% of Czechs also want better protection of the EU’s external borders.

Universities against Czexit: Czech universities have launched a campaign against distorted and untrue information about the EU that is spread by some politicians. The Czech News Agency reported that academics want to convince people that EU membership is vital for the Czech Republic’s security and prosperity. (Aneta Zachová, EURACTIV.cz)

Slower growth: The Bank of Greece (BoG) revised downwards its forecast for Greece’s GDP growth in 2019, at 1.9% annually. The estimate will be announced officially in the next shareholders meeting. The forecast in the government’s budget, agreed with European institutions, for 2019 is 2.5%. (Theodore Karaoulanis, EURACTIV.gr)

Businessmen see grand opportunities in North Macedonia: A number of high-level Greek business accompanied PM Alexis Tsipras in a historic visit in Skopje, where plenty of economic deals were signed with North Macedonia’s government. Konstantinos Michalos, the president of the Greek chamber of commerce, said there was intense business interest in energy, construction and tourism. “The Greek business community is the first foreign investment force in North Macedonia offering 25,000 jobs,” he said. (Sarantis Michalopoulos, EURACTIV.com)

‘City of Dreams’ investment: Integrated Casino Resort Cyprus (ICR) announced that it had awarded the contract for the construction of Limassol’s ‘City of Dreams’ to the Greek conglomerate Avax – Terna JV. It will be the Mediterranean region’s and Europe’s largest Integrated Casino-Resort in a €550 million investment. The project is expected to contribute €700 million per year to the Cypriot economy, around 4% of the country’s annual GDP. (Theodore Karaoulanis, EURACTIV.gr)

Anti-corruption chief in trouble: Plamen Georgiev, the head of the anti-corruption body, said on Tuesday (2 April) that he was under attacks by oligarchs, replying to accusations that he may have omitted to declare real estate he has acquired. Georgiev was appointed in February 2018 as head of the newly created “Commission for countering corruption and confiscation of unlawfully obtained property”, known by the unpronounceable acronym of KPKONPI. On Monday, an NGO published an investigation that showed Georgiev’s apartment in Sofia is much larger and pricier than Georgiev had admitted in his assets declaration. What makes the case more problematic is that KPKONPIis responsible for the investigation of the so-called “apartment gate” scandal, involving high-ranking members of the ruling GERB party. [More] (Georgi Gotev, EURACTIV.com)

Scandal on party list: LMŠ (ALDE), the biggest party in the Slovenian coalition government, has secretly tried to change one of its candidates. Tina Heferle, deputy speaker of the parliament, has replaced Katja Damij, an entrepreneur who has tax debts.

LMŠ admitted the switch after the media discovered it, but did not give a reason for that decision. (Željko Trkanjec, EURACTIV.hr)

MODEX CRES: The first international firefighting exercise in the history of the EU, MODEX CRES 2019, will take place on the Croatian island of Cres on 7-10 April, with firefighters from Croatia and seven other EU countries: Greece, Spain, France, Austria, Romania, Italy and Bulgaria.

New right-wing coalition: The Independents for Croatia (NHR) and the Croatian Party of Rights (HSP), both right-wing parties, have signed an agreement on a joint list for the EU elections. They share a vision of Europe as a community of free, sovereign and independent nations. There is a possibility that they could elect one MEP. (Željko Trkanjec, EURACTIV.hr)

GRECO: Serbia fails to fulfill a single recommendation: The Group of States against Corruption, the Council of Europe’s anti-corruption body, said in its latest report that Serbia had failed to meet any of its 13 recommendations to prevent corrupt practices by members of parliament, judges and prosecutors. GRECO said that ten recommendations had been partially implemented and that Serbia had done nothing about the remaining three. (Beta-EURACTIV.rs)