The Capitals: Macron stirs friends and foes ahead of EU elections 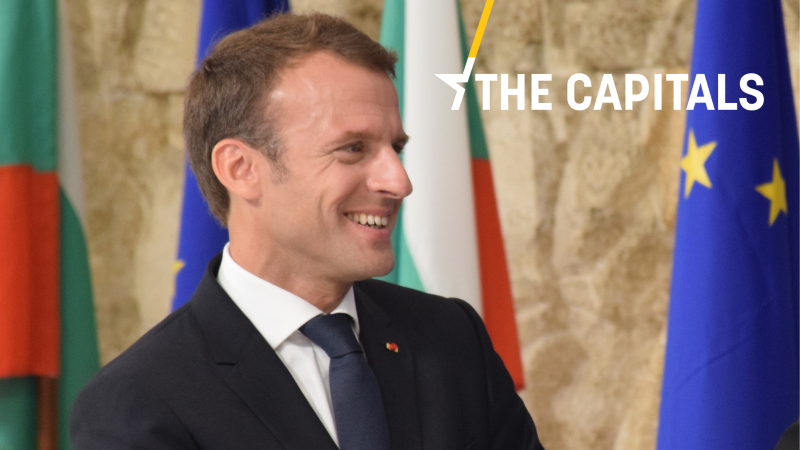 The Capitals is EURACTIV's daily newsletter from across Europe. [Sarantis Michalopoulos]

EURACTIV Network: French President Emmanuel Macron’s call “for a European renewal” has triggered a mixed reaction. Some hailed the proposals to reform the EU but others kept their distance or accused Macron of being unrealistic and using Europe for his own political goals.

In Europe’s East, Macron has certainly sparked discussion about the future of Europe. Despite disagreeing in principle with Macron, some Visegrad countries viewed his intervention as a chance to open the much-awaited debate about Europe.

Obviously, according to them, this debate should not lead to more but rather less Europe.

Unlike politicians, the German business sector said ‘Nein’ to Macron. The Economic Council, which has ties with centre-right CDU and represents more than 11,000 enterprises, said Macron might speak of freedom, but is really talking about more institutions, bureaucracy and protectionism. “Macron’s ideas about Europe are shaped by regulations, prohibitions, protectionism and new institutions,” it said in a statement.

Macron’s open letter received a muted response in the UK, with politicians and commentators  tending to focus on his latest critique of Brexit rather than plans for EU reform. Henry Newman, director of the Open Europe think-tank Open Europe, which is close to many Conservative ministers, warned Macron that “your arrogance risks exacerbating Europe’s problems not resolving them, that you are furthering divides not addressing them.”

For Eastern European countries, Macron’s call is an opportunity to draw clear lines between two opposing camps ahead of the EU elections in May. A bras de fer between two European futures.

Macron proposed, among other things, the creation of a ‘European Agency for the Protection of Democracies’, a reform of Schengen (both stringent border controls and solidarity) and Treaty changes.

In Poland, Ryszard Legato an MEP from the conservative Law and Justice (PiS) said Macron’s proposals showed that “the other side”- meaning liberals or left-wing parties- were “in panic” adding that the French President’s idea of Agency for the Protection of Democracies “sounds scary”.

No Polish opposition politician has addressed this issue until now, but Polish EU Council chief Donald Tusk agreed with the French leader and tweeted, “all those who care about EU should cooperate during and after the EU elections. The renaissance of Europe must start now”.

Czech Prime Minister Andrej Babiš, a liberal, said the proposals were “totally divorced from reality”. “I have noticed that when France says ‘more of Europe’, it, in fact, means more of France. But that is not the way. We are all equals in Europe,” he said.

In Slovakia, socialist PM Peter Pellegrini hailed Macron’s proposals while the conservative opposition SaS party called Macron a “detriment” for Europe. Unsurprisingly, they highlight his push for refugee quotas in that text, something they have staunchly opposed so far, and also see additional bureaucracy in many of his proposals, EURACTIV Slovakia reported.

Surprisingly, Hungary’s PM Viktor Orbán was more supportive. That could be a move to tone down his anti-EU rhetoric ahead of a crucial EPP meeting on 20 March, when his future membership in the party will be discussed.

“This could mark the beginning of a serious European debate […] in the details, of course, we have differences of views, but far more important than these differing opinions is that this initiative be a good start to a serious and constructive dialogue on the future of Europe,” he told Reuters.

In Romania, the leader of the socialist ruling party Liviu Dragnea agreed with Macron, saying the EU should revert to the values on which it was born, but also used it to lash out at his political opponent, President Klaus Iohannis. “Maybe if President Iohannis reads the message of his French counterpart he will understand that hatred and violence cannot be seen as political opinions”, Dragnea said.

In Croatia, political parties avoided taking a public position. The socialists and liberals reacted positively while the centre-right was more cautious.

Liberal MEP Ivan Jakovčić said Macron was “brave” to propose radical moves while Miro Kovač, a centre-right politician and head of the parliamentary committee for foreign affairs, told EURACTIV Croatia: “The letter comes three months before the EU elections and serves the election campaign in France.”

“Macron is fighting the right in France and wants to send a message about his party’s European orientation. The attitude ‘Europe, that is me’, which can be read to some extent, can still be repugnant for some.”

No backstop solution: “Difficult talks” have dogged any potential for a Brexit breakthrough on the Irish backstop at the current time, Commission spokesman Margaritis Schinas said on Wednesday.

“Discussions have been difficult and no solution has been identified to that is consistent with the withdrawal agreement, including the Northern Ireland protocol which, as you know, will not be reopened,” Schinas said after EU Brexit negotiator Michel Barnier briefed Commission officials on the state of the negotiations. (Samuel Stolton, EURACTIV.com)

France imposes digital tax: France will impose a new EU-wide tax on big tech companies, with or without Europe, French Economy Minister Bruno Le Maire has said. After the project reached deadlock at EU level, Paris decided to move on alone and now the tech industry will face a 3% tax on their digital sales in the country.

“As I speak, 23 out of 27 states in Europe support the taxation of digital activities. But 23 is not 27. So it is not unanimity, which is required to obtain digital taxation at European level. I do not expect an agreement at the next Council of Finance Ministers on 12 March in Brussels”, he said.

“Ireland, Sweden, Denmark and Finland should not prevent the other states to move forward […] With qualified majority rule on tax issues, Europe would have already decided instead of arguing. And I prefer a Europe that decides to a Europe that discusses”, he added. (EURACTIV.fr)

Spain the latest to focus on Africa’s potential: During a visit to Gambia, Spain’s Foreign Minister Josep Borrell said on Tuesday Africa had great potential for development, which will depend on tackling instability in the region, including migration. “We need to know that on the other side of the Mediterranean there is a very young, growing population and we have to help them stabilise and stay in their home countries,” Borrell said.

Spanish top diplomat will also visit Ethiopia to push forward the new “III Africa Plan” project, which aims to establish technological, economic and financial cooperation between the countries in Africa and Spain. (EPA/EFE/EuroEFE.EA.es)

Italy flirts with China: Italy could be the first G7 member to join China’s Belt and Road Initiative, deputy minister Michele Geraci told the Financial Times. In response, a European Commission spokesperson warned that all member states have to “ensure consistency with EU law and policies and to respect EU unity in implementing EU policies”. The US voiced concern about the possible involvement of the Atlantic ally in the huge Chinese infrastructure network project. (Gerardo Fortuna, EURACTIV.com)

Fiscal pact finally signed: Czech President Miloš Zeman has signed the EU Fiscal Pact – the document coordinating economic policies within the EU. The Czech Republic had been the last EU member state to stay outside the pact, together with the UK. Finance Minister Alena Schillerová said the accession would allow the Czech Republic to attend eurozone summits. (Aneta Zachová, EURACTIV.cz)

President rejects budget: President Klaus Ioannis has sent the annual budget back to parliament saying that it is based on fake figures and that more pro-growth spending is required. However, the VP of the Parliament’s lower chamber said the ruling parties would send the budget back to the President without changes and force Iohannis to sign it into law. The President can request changes to a draft law only once, and has already contested the budget at the Constitutional Court. On Wednesday the judges said the budget law meets the Constitution rules. (Bogdan Neagu, EURACTIV.ro)

Drop in the number of persons who acquired citizenship: In 2017, Bulgaria granted citizenship to only 944 people, a 44% decrease compared to 2016, according to Eurostat. The largest groups acquiring Bulgarian citizenship were citizens from Ukraine (22.3%), Russia (19%) and Turkey (12%). (Dnevnik.bg) The country was rocked by scandals involving schemed to obtain citizenship against bribes (Background here.)

Italy is Serbia’s ‘EU Ambassador’: Italian PM Giuseppe Conte said on Wednesday in Belgrade that Rome would fully back Serbia’s EU path as well as its ongoing efforts to reach an agreement with Priština.

“Italy will be Serbia’s Ambassador on the road to the European integration,” Conte said. (Julija Simić, Beta-EURACTIV.rs)