The Capitals: Macron would back Barnier as Commission boss 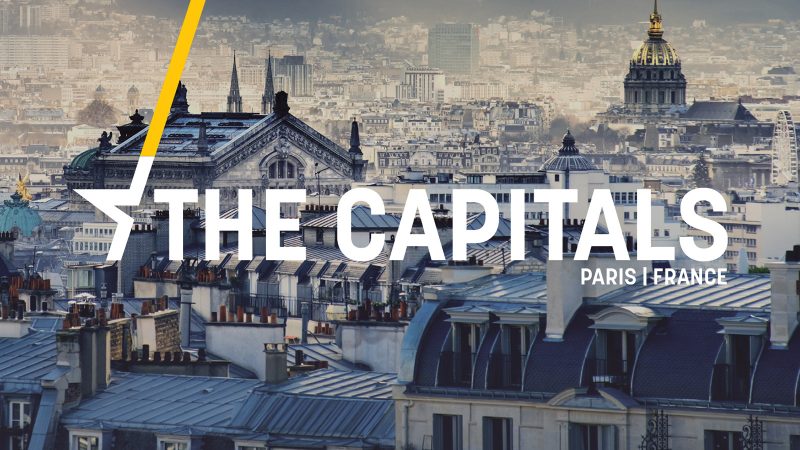 Read The Capitals also in Croatian.

Super Barnier to the rescue: Michel Barnier did not hesitate to be hard on his centre-right political family (EPP) and easy on Macron during a radio interview.

He said the Republicans had to clarify their line when it comes to national and European sovereignty and hailed Macron for his position on the EU project. Reuters quoted a source as saying that Macron would be keen on seeing Barnier becoming the next EU Commission president.

The news will give Manfred Weber a headache, the official but unpopular EPP lead candidate. Barnier, the EU’s Brexit negotiator, is already well-respected in Brussels but with Macron’s blessing he could prove to be Weber’s kryptonite. (Aline Robert, EURACTIV.fr)

“We will back a public vote in order to prevent a damaging Tory Brexit or a disastrous no deal outcome,” Corbyn said after last night’s vote.

The Labour measures would have seen the UK enter into a customs union with the EU. But Corbyn added that he would also explore other options, such as lobbying for another general election. (Samuel Stolton, EURACTIV.com)

German hawk: In 2018, the German central bank registered a €2.5 billion profit compared to €2 billion in 2017. That success has helped current bank boss Jens Weidmann be appointed for a second eight-year-term as president of the Deutsche Bundesbank. It means that he remains in the running to succeed Mario Draghi in the coveted presidency of the European Central Bank job. (EURACTIV.de)

Spain is ok with Brexit extension: Spain’s PM has urged British counterpart Theresa May not to prolong Brexit uncertainty after she gave her lawmakers the right to vote on an extension to the negotiation period with the EU.

Pedro Sánchez, whose government is set to approve rules about the post-Brexit status of UK citizens living in Spain, said he would not oppose an extension if Westminster votes in favour.

“Prolonging uncertainty by delaying deadlines is not a reasonable or desirable alternative,” Sanchez said. He also announced that his cabinet would approve a decree covering the eventualities of a no deal Brexit on 29 March.

“Safeguarding the rights of Spaniards in the UK is fundamental for the government of Spain,” he said. “There are also plans for administrative and legal cooperation on criminal matters”, he added. (EFE-EPA/EuroEFE.EA.es)

Eurosceptics unite: A new coalition of right-wing Eurosceptic parties was established in Poland, including the party of an ex-rapper and a group led by a controversial candidate for the mayor of Gdańsk. The coalition claims it’s not anti-European but pro-Polish.

Poland against EU market protectionism: Poland signed up to a letter to EU Council chief Donald Tusk, in which it and 16 member states expressed their will to uphold the rules governing EU’s single market. “It is our reaction to the growing risk of protectionism in the EU”, Polish deputy FM Konrad Szymański said.

Brits in Poland: Warsaw wants to introduce new measures for the 6,000 British citizens who live in Poland permanently, in case of a no-deal Brexit. Under the new rules, the period of time they and their families can stay legally in the country without a permit will change. It currently is three months.  (EURACTIV.pl)

Czechs in Space: The EU Parliament, Commission and Council have agreed on the extension of the Prague-based European Global Navigation Satellite Systems Agency (GSA). It is set to be a boon to the Czech economy, bringing more money into the state budget and employing 700 people (currently 500).

Innovation gap: According to the EU Commission, there is a lack of innovative Czech businesses. The EU executive also warned that public finances were sound but long-term sustainability is less favourable. (Aneta Zachová, EURACTIV.cz)

Don’t make me be an MEP: One of the leading opposition figures, Igor Matovič, leader of the conservative OĽaNO party (ECR) announced he will run in the EP elections as head of his party list. If elected, though, he does not plan to take up his seat. Instead, he’s just looking for a new mandate for the Slovak parliament.

He cited a difference of opinion with his party’s election manifesto on issues like the US and vowed to quit if he gets under 50,000 votes. (Zuzana Gabrižová, EURACTIV.sk)

Risk of contagion: The Commission is worried about Italy’s economic future and in a new report says “the high debt level is a potential source of negative spillovers for the euro area”. The EU executive also remains cautious over the 2019 budget and the two flagship measures: pension reform and basic income. (Gerardo Fortuna)

Commission not happy with Athens: The EU executive is also not happy with delays in clearing bank portfolios from non-performing loans (NPLs) and does not think much of the Greek government’s plan to protect borrowers’ first residence. It also criticised delays in privatising state-owned coal power plants.

Although acknowledging that Greece is progressing in the right direction, the Commission warned the state of €1 billion of bond yield returns (from European central banks) remains uncertain.

Kövesi wins EP support: Both the justice and the budget control committees of the European Parliament supported Laura Kövesi’s bid to be the EU’s first chief prosecutor. But the former head of Romania’s anti-corruption agency now faces a tougher task to gain the support of member states, as the Romanian government is dead set against her nomination. (Bogdan Neagu, EURACTIV.ro)

Five Bulgarian regions among the poorest in the EU: Bulgaria’s north-west region ranked last in terms of EU regional GDP per capita, according to Eurostat.

Among the 20 regions with GDP per capita below 50% of the EU average, five were in Bulgaria. (EURACTIV’s partner Dnevnik.bg)

Socialist scandal: Bulgaria’s socialists (BSP), the largest opposition force, left parliament on 17 February for an unspecified period of time, saying fair elections could not be guaranteed following recent changes to the electoral code. But two BSP MPs travelled on parliamentary expenses from 20 to 24 February to attend a tourism fair in Austria. BSP leader Kornelia Ninova was outraged and said she told them to refund the expenses.

But they could not have travelled without permission from BSP in the first place. Parliament chief Tsveta Karayancheva, from the ruling GERB party, urged Ninova to reveal who authorised the travel. (Georgi Gotev, EURACTIV.com)

Environment minister resigns:  Prime Minister Marjan Šarec has accepted the resignation of Environment Minister Jure Leben, after he was embroiled in a railway construction scandal

Money from the project allegedly ended up in his party’s (ALDE) treasury. It’s the third ministerial resignation since September when the government was formed. (Željko Trkanjec, EURACTIV.hr)

Ruling party flying high: According to the latest poll, HDZ (EPP) will get five MEPs in May, SDP (S&D) three and Human Shield (in coalition with Italy’s 5-Star) two. The remaining two seats should split between HDZ and some smaller parties. (Željko Trkanjec, EURACTIV.hr)

Think positive: President of Serbia Aleksandar Vučić and EU Parliament rapporteur for Serbia David McAllister agreed that in order to create the conditions for continuing the Belgrade-Priština dialogue, establishing a positive environment is necessary.

Vučić said the international community should stop remaining silent over the lack of implementation of the Brussels Agreement, as well as the introduction of taxes on goods from Serbia. (Julija Simić, Beta-EURACTIV.rs)