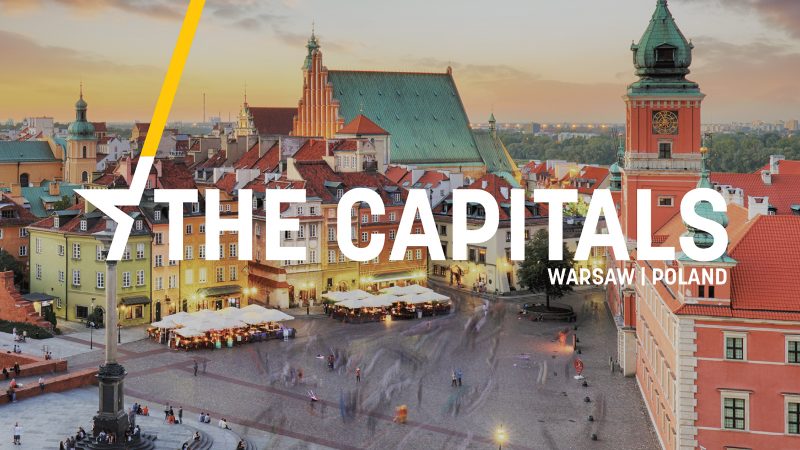 Poland will be “one of the main battlegrounds for Europe” in the upcoming EU elections,  Polish MEP Zdzislaw Krasnodebski from the ultra-conservative ruling PiS party (European Conservatives and Reformists Group-ECR) has said. He hopes that the new EU House will “better reflect the actual balance of power in Europe”, but estimates that the new pro-EU European Coalition, formed by opposition parties, “will get huge support from the Brussels elites”.

According to the second seat projections released by the European Parliament, the ‘European Coalition’ leads the latest polls with 37.5% of the vote while the ruling PiS follows closely on 36.3%. 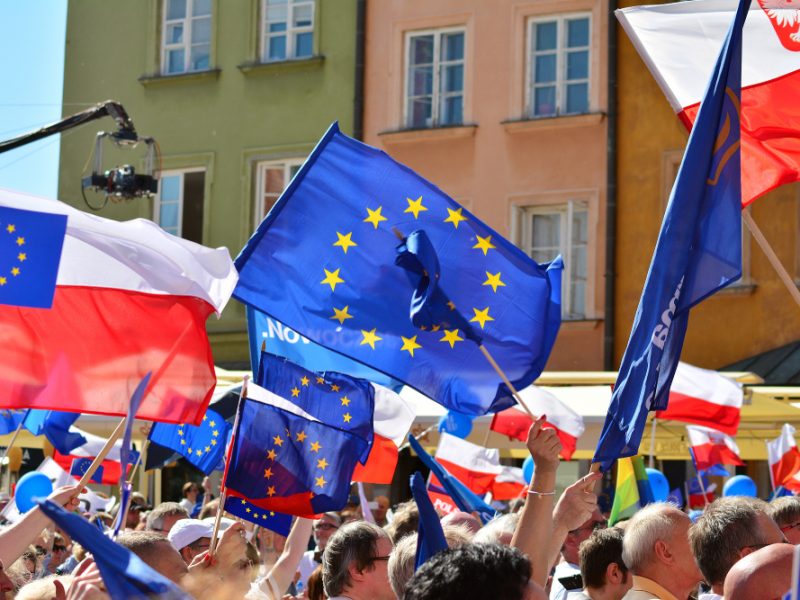 Ready for Brexit?: “Poland is one of the 3-4 countries in the EU, that are best prepared for a no-deal Brexit”, deputy Foreign Minister Konrad Szymanski told the government on Tuesday. Regarding new laws on the protection of Poles in the UK and possible restrictions for entrepreneurs after Brexit, he said, “It is in Poland’s and Europe’s best interest to create proper political conditions for the UK to exit the EU smoothly”.

Remainer MPs in party talks: The pro-EU Independent Group of MPs in the House of Commons could soon become an official political party, group spokesman Chuka Umunna has said. The group, composed of eight former Labour MPs and three former Conservatives, all support the UK’s continued membership of the European Union. MPs recently quit their previous parties due to Brexit concerns.

Ex-Labour MP Umunna said on Tuesday that the group has been “overwhelmed” by messages of support and that the public has an appetite for an alternative party in British politics.  (Samuel Stolton, EURACTIV.com)

Chirac’s former PM to support LREM: Center-right Jean-Pierre Raffarin, former prime minister under President Jacques Chirac (2002-2005) has officially announced his support for Emmanuel Macron for the EU elections. Raffarin made the announcement after the president of the right-wing Les Républicains (EPP), Laurent Wauquiez, asked him to clarify his position before the campaign. (EURACTIV.fr)

Spain backs EU call for Venezuela’s Guaidó: Spanish minister of foreign affairs has highlighted the importance of Venezuela’s self-proclaimed president Juan Guaidó’s return to the crisis-stricken Latin American country, saying he needs to be able to carry out his functions freely. Josep Borrell warned the Venezuelan government and its President Nicolás Maduro about diplomatic consequences if “any kind of action was taken against the interim president of Venezuela.”

“We note the importance of Guaidó being able to freely carry out his functions as president of the Assembly and, in our case, recognised as the interim president,” Borrell said.

Majority of Spanish women undecided: 60% of undecided voters (almost 4 million) ahead of the national elections on 28 April in Spain are women, according to data released by the Centro de Investigaciones Sociológicas (CIS). In light of the International Women’s Day on 8 March, Spanish political parties are struggling to attract women’s votes with key messages focused on equality of rights and a more gender-balanced society, Efeminista reported.  (EuroEFE.EURACTIV.es/EPA) 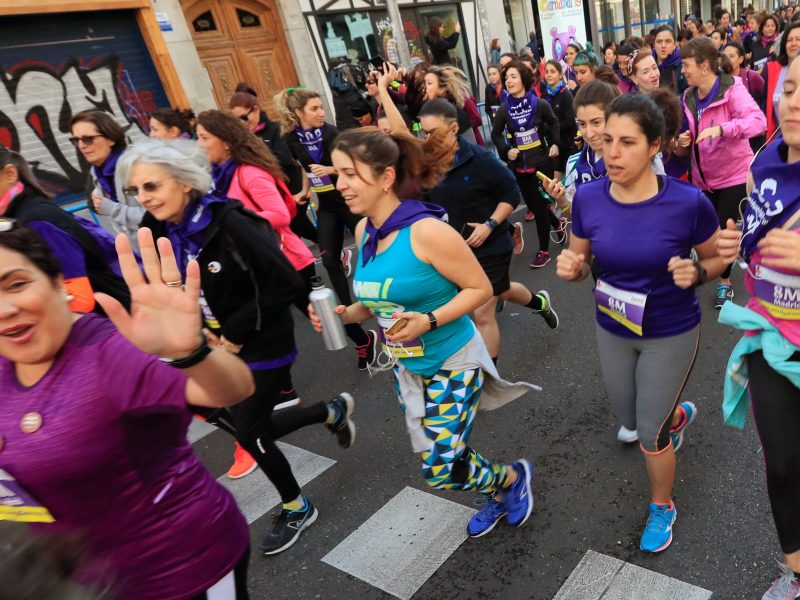 Feminism is the word in Spain's electoral campaign

“We need to make faster decisions in those areas that are particularly important for Europe now – such as foreign and security policy. For example, I would drop the unanimity rule in foreign affairs. But that requires changes to the EU Treaty,” Weber said, adding that the EU should not be dictated by populists and nationalists.

Working hours: In 2018, the number of employed persons in Germany reached a record level of 44.8 million, a 1.3% increase on the previous year. The total number of working hours reached 61.1 billion, a 1.4% increase compared to 2017, according to the Institute for Employment Research (IAB). (Claire Stam, EURACTIV.de)

Citizens’ income: As of this day, applications are open for the universal citizens’ income, a flagship measure of Five Star Movement. The grant consists of a minimum subsidy of €780 a month, a figure closer to unemployment benefit than to a real basic income. The measure is due to be implemented in April and there is still criticism about “work navigators”, meaning the people who still need to be hired with the task of finding job offers for those who receive the grant.

Slovakia´s eternal search for EU Court candidate: Another Slovak candidate for the position of an additional Judge at the General Court of the EU has failed to gain support from the responsible panel of experts. It is the fifth nomination in a row that was declined as unsuitable, leaving the Slovak post at the Court vacant since 2016, causing embarrassment and practical problems and raising concerns about of the Slovak selection process.  (Zuzana Gabrižová, EURACTIV.sk)

Lukewarm reaction to ‘European Renaissance’ proposal: French President’s Macron’s proposals for the reform of the EU failed to impress Czech Prime Minister Andrej Babiš, who described them as “totally divorced from reality”, according to Czech news website www.parlamentnilisty.cz.

“I have noticed that when France says ‘more of Europe’, it in fact means more of France. But that is not the way. We are all equals in Europe,” he was quoted as saying (Full story).

Do it like Czechs: The Czech Republic has called on the EU member states to adopt temporary measures against Poland similar to those that have been already taken by Prague against Polish beef. Agriculture Minister Miroslav Toman has rejected EU Commission’s demands that Prague stop compulsory testing of beef for salmonella, unless Poland submits proof of hygiene and supervision standards. (Ondřej Plevák, EURACTIV.cz)

The guns’ spat: The ECJ had its first hearing about an action by the Czech Republic seeking the repeal of an EU directive banning certain semi-automatic weapons or magazines. Czech Deputy Foreign Minister Martin Smolek sees the chances of Czech success as “fifty-fifty”, the final decision should be known by autumn.

More changes on judiciary laws: The Romanian government adopted another emergency decree that changes the justice laws, despite a negative opinion from the magistrates’ council, and previous criticism from Brussels. This is the fourth emergency ordinance that amends the revised laws approved by the Romanian parliament last year. However, the most controversial provisions, such as those regarding the special unit to investigate magistrates, were not removed. Justice Minister Tudorel Toader blamed PM Viorica Dancila for adopting the new act despite the negative opinion.

UDMR against Fidesz exclusion from EPP: Center-right Democratic Alliance of Hungarians in Romania (UDMR)will vote against Orban’s Fidesz party’s expulsion from the EPP, the party chief told the national television TVR. ”It would be a big loss for the EPP. During the elections campaign, many things are said, with different nuances and accents… Without Fidesz votes, the EPP might not have a majority (after the EU elections),” Kelemen Hunor said. (Bogdan Neagu, EURACTIV.ro)

Moscow will not risk repeating the gaffe with South Stream: On his first visit to Bulgaria since 2008, Russian Prime Minister Dmitry Medvedev repeated Kremlin’s position on Russia’s participation in energy projects in Bulgaria, saying the government in Sofia must first secure firm guarantees from Brussels. Gazprom President Alexey Miller, who was part of the delegation, said the company was not planning to invest in the continuation of the Turkish Stream pipeline through Bulgaria.

Rosatom is ready to build the second Bulgarian nuclear power plant in Belene, but Prime Minister Boyko Borisov insists that the project must be commercial, without state participation and guarantees from Bulgaria. EURACTIV’s partner Dnevnik commented that Moscow’s message was clear: As a member of the EU, Bulgaria is not sovereign in such decisions and Russia will not risk repeating the gaffe with South Stream. (Dnevnik.bg)

Against expulsion of Fidesz from EPP: Slovenian EPP members are against the expulsion of Orban’s party from the EPP. The largest, Slovenian Democratic Party and the non-parliamentary People’s Party are opposed, while Nova Slovenija proposes freezing membership. (Željko Trkanjec, EURACTIV.hr)

Young people send contradictory messages: They trust the EU more than their own country, especially when it comes to protection of progressive values such as personal freedom, human rights and employment. But at the same time, although most respondents continue to support democracy as a form of government, the idea of introducing an authoritarian system is increasingly popular.

Opposition MP groups wrote to Commission: Several opposition parliamentary groups sent an open letter to EU Commission spokesperson Maja Kocijančič, saying they would continue to boycott the Serbian parliament’s meetings, as “neither the reasons for the boycott nor the circumstances surrounding it” had changed. The signatories warned that “the supervisory and legislative powers of the Serbian parliament have been challenged by a lack of real parliamentary debate.”  (Julija Simić, Beta-EURACTIV.rs)