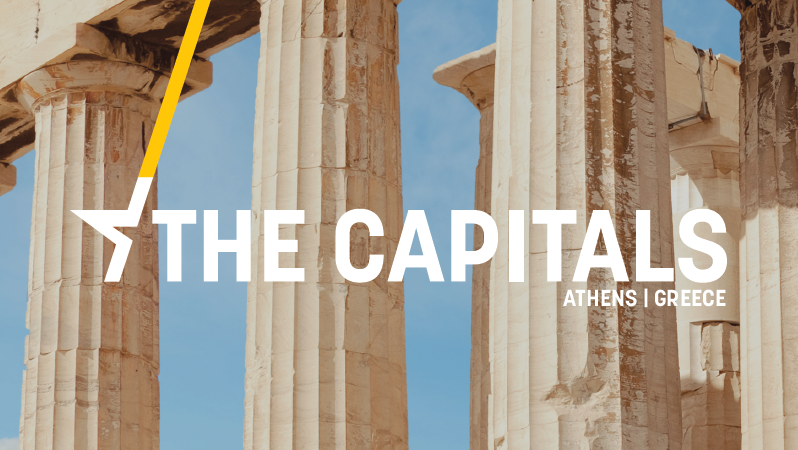 The Capitals brings you the latest news from across Europe, through on-the-ground reporting by EURACTIV media network.

Agriculture goes digital: The Greek government has launched an international electronic tender for the digitisation of the farming sector. The Internet of Things (IoT), Space and Big Data technologies will be at the core of the strategy, while the data will belong to the state. Read more

Delivering a lecture at the University of Glasgow, staunch remainer Major is set to highlight the financial consequences of a hard Brexit, as well as the risk that the UK could break up as a result of falling out the EU without a deal.
(Samuel Stolton, EURACTIV.com)

In an interview with public broadcast RTVE, Sánchez accused Catalan separatists of having brought “terror” to the dialogue with Madrid and said they had “lied” about the possibility of Catalonia becoming independent. On Tuesday, the trial of twelve Catalan separatist leaders continued at the Supreme Court. The defendants face serious charges after an illegal regional referendum, which allowed them to trigger a bid to secede unilaterally. (Euroefe.euractiv.es)

Authorities puzzled about German IS fighters: The German judiciary is struggling with the question of what to do with the 1,050 IS fighters, who are German citizens and were captured in Syria and Iraq. Lawmakers are debating whether Germany should bring them home. Return of the IS fighters is only possible if the identity of the people is unequivocally clarified abroad, German Interior Minister Horst Seehofer said.

Favouritism: For the past ten years, Bavaria’s conservative party CSU has consistently been at the head of the transport ministry and has systematically favoured their region when allocating governmental funds, Der Tagesspiegel quoted the Greens as saying. (EURACTIV.de)

Chancellor Sebastian Kurz will meet with US president Donald Trump in Washington today and will discuss the withdrawal of 100 Austrian IS fighters from Syria. Kurz is also expected to argue that a US-EU trade war should be avoided and reaffirm the EU’s support for the nuclear deal with Iran.

Poland-Sweden spat: Poland has summoned Sweden’s ambassador after Stockholm refused to extradite Stefan Michnik, accused by the Polish Institute of National Remembrance of multiple crimes committed in the 1950s on behalf of the Stalinist regime. Sweden considers the case outdated and political, as Stefan is a half-brother of Adam Michnik, editor-in-chief of Gazeta Wyborcza, the largest opposition daily in Poland. (EURACTIV.pl)

Hard times: Clouds are gathering over Italy’s economy, as industrial turnover and orders dropped by 7.3% and 5.3% respectively compared to December 2017, the national statistical bureau ISTAT said. It is the biggest contraction since 2009 and confirms that Italy slipped into recession in the last quarter of 2018.

Renzi in trouble: Former Prime Minister Renzi’s parents have been placed under house arrest on fraud and fraudulent bankruptcy charges. Socialist Renzi was preparing a political comeback, but the allegations could now change his plan. (Gerardo Fortuna)

Agricultural subsidies in the spotlight: MEPs from the Budgetary Control Committee provided the European Commission and EU anti-fraud office OLAF with substantial information about misuse of EU agri-funds in Slovakia. On Tuesday, a big caravan of farmers, protesting against corruption, EU subsidy fraud and weak law enforcement, reached Bratislava. A meeting between the farmers and the EPP’s Spitzenkandidat Manfred Weber is expected on Wednesday, as he visits Slovakia during his EU election tour. (Zuzana Gabrižová, EURACTIV.sk)

New law to change justice laws: Romania’s government has adopted a new decree that changes the laws governing the judiciary. The Romanian government had not informed the EU executive about the act. ”I didn’t know it was coming,” Commission First Vice-President Frans Timmermans told a news conference in Brussels. (Bogdan Neagu, EURACTIV.ro)

MPs to ratify North Macedonia’s NATO bid: The Bulgarian Parliament will today ratify the protocol for the accession to NATO of North Macedonia. The speaker of the North Macedonia parliament Talat Xhaferi is expected to attend. After Sofia and Skopje signed a bilateral treaty in August 2017, Bulgaria is a strong supporter of its neighbour’s membership in NATO and for opening accession negotiations with the EU.

The Left wants to limit salaries in state companies: Luka Mesec, leader of the left party, which supports the coalition government, said the salaries for managers in companies where the state has shares should be limited. This reaction was in response to the CEO of NLB, Slovenia’s largest bank, who has requested a salary hike. (Željko Trkanjec, EURACTIV.hr)

Leader of GLAS apologises over conflict: Anka Mrak-Taritaš, the leader of the liberal GLAS party has apologised for her failure to declare that she had received a €5,200 fee for sitting on an examination commission, in which she nominated herself, during her term as construction minister. (Željko Trkanjec, EURACTIV.hr)

Serbia proposes demarcation to solve Kosovo issue: Serbian FM Ivica Dačić said demarcation of borders was Serbia’s official position for solving the issue with Kosovo. However, he noted that it had yet to be discussed. Dačić said a demarcation line would be drawn where it was most acceptable for both sides but did not clarify whether demarcation would mean recognition of Kosovo. (Julija Simić, Beta-EURACTIV.rs)