The Capitals: UK should avoid ‘quick’ trade deal with the US 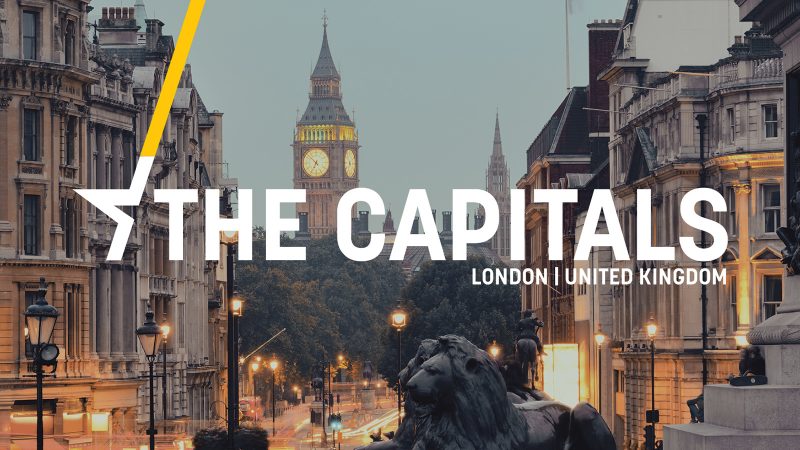 No quick deal with the US: Speaking at a EURACTIV.com event in London, Nick von Westenholz, Director for EU Exit and International Trade in the UK National Farmers Union said, “The notion that in a no-deal situation we are going to look to the US and tighten something up very quickly to get us out of the mess, I think it’s compounding the problem. No one has made a good trade deal quickly.” (Sarantis Michalopoulos reporting from London). 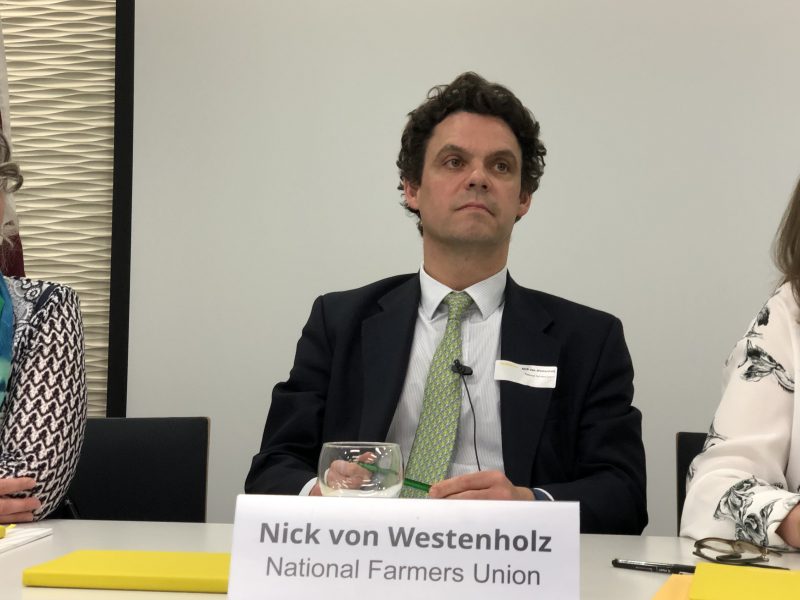 > Read also: Brexit will be painful for the EU27 too. This is where it will hit hardest

Labour’s 2nd referendum: The party announced they would back a second referendum on EU membership, should Theresa May fail to adopt Labour’s Brexit position.

Labour are set to table a series of amendments that would call upon May to adhere to their ‘five tests’. If this fails, then Labour would campaign for a second referendum.

Shadow foreign secretary Emily Thornberry said on Monday evening that both she and Corbyn would campaign for remain if there were a future public vote.

“We would have a referendum on whatever deal it is that may or may not pass through parliament and we would be saying to people: ‘Do you want this, or do you want to remain?’” she told Channel 4 News. (Samuel Stolton, EURACTIV.com)

No handshake: Catalan regional president Quim Torra avoided shaking hands with King Felipe VI at the World Mobile Congress 2019 in Barcelona. EURACTIV’s partner EFE reported that Torra and Jordi Puignerò, the minister for digital policies in the Catalan government, left the official delegation for an “important meeting”, according to El País, and avoided shaking hands with the monarch.

The ongoing trial of twelve Catalan separatists at Madrid’s Supreme Court has worsened tensions between the national and regional Catalan governments. The defendants face serious charges after a referendum, ruled illegal, which allowed them to trigger a bid to secede unilaterally. (EuroEFE.EA.es)

Putin’s daughter?: According to Radio Free Europe, French MEP Aymeric Chauprade hired the daughter of Vladimir Putin’s spokesperson, Dmitri Peskov. Elected on the National Front list in 2014, Chauprade has always been close to Russia. He was expelled from the extreme-right party after he called for the “de-Islamisation of France”. 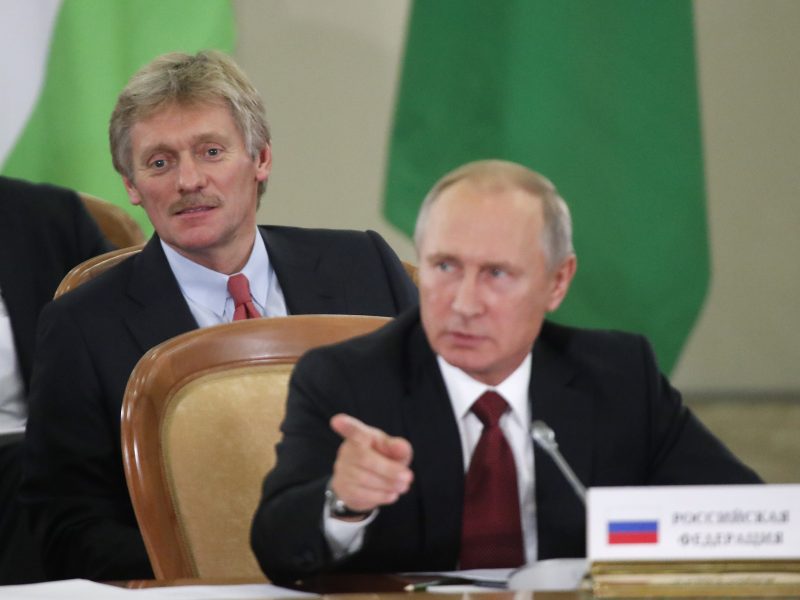 A daughter of Russian President Vladimir Putin’s spokesman is working as an intern with a deputy on the European Parliament’s security and defence sub-committee, the French MEP told AFP Monday (25 February).

CAP at risk: Christiane Lambert, who represents the main agriculture union in France, asked on Monday for a fresh French-German deal on agriculture. Lambert said Brexit could shave 15% off the CAP budget, and Paris is fighting hard to keep as much as it can for its farmers, who expect 7-8% revenue losses. (Aline Robert, EURACTIV.fr)

Socialist comeback: Social Democrats (SPD) are now on par with the Greens and temporarily put an end to their downward trend, a new poll for Spiegel has shown. SPD and Greens get 17% each, the conservatives from the CDU/CSU are on 31%, while far-right AfD remains on 12% and far-left Die Linke and the Liberals from the FDP are each on 9%.
(Claire Stam, EURACTIV.de)

Sardinia’s vote: The right-wing bloc won Sardinia’s regional elections and elected as governor Christian Solinas, a senator from Salvini’s Lega. The vote led to another 5 Star loss, as they dropped from 42% last March to less than 10%. Lega won around 11% of the vote in a bittersweet electoral performance, considering that Salvini spent almost the entire past week campaigning on the island, trying to placate dairy farmers’ protest. (Gerardo Fortuna, EURACTIV.com)

Cohesion machine: EU cohesion projects implemented in 2018 were worth €43 billion, according to the Statistics Poland office (GUS).

That is half of Poland’s seven-year EU budget’s worth of cohesion funding. worth some €82.5 billion. Most projects are implemented in Warsaw and worth around a tenth of the whole cohesion envelope. (Karolina Zbytniewska, EURACTIV.pl)

Slovakia the atom-smasher: Slovakia would welcome more space for nuclear energy in the long-term EU climate strategy. The ministry of economy has put forward the draft Slovak position on the proposed 2050 plan. It welcomes nuclear energy’s inclusion in the Commission strategy but criticises it for not spelling out how atomic power can actually be increased. (Zuzana Gabrižová, EURACTIV.sk)

Judiciary changes on the loose: The Romanian government doesn’t plan to withdraw a decree that changes the justice laws, despite opposition from magistrates, the country’s president and even the Commission. (Bogdan Neagu, EURACTIV.ro)

Electoral code amendments vetoed: Bulgarian President Rumen Radev sent back to the parliament controversial Electoral Code amendments that were adopted 10 days ago. Radev said legislators delayed again the introduction of machine voting, updating of electoral rolls and the introduction of a video control system for counting. Radev also called on the opposition socialists, who have quit parliament in protest over the amendments, to return in order to take part in the new debate on the bill. (EURACTIV’s media partner Dnevnik.bg)

Grey workers unite: Slovenia announced that the number of employed people older than 60-65 years, i.e. those who are eligible for retirement or retired, is growing. At the end of December, 33,942 people were older than 60 years out of a total of 887,000 employees. (Željko Trkanjec, EURACTIV.hr)

The end of dual food quality?: EU Commissioner Věra Jourová said legislation on so-called “dual quality” food would be approved before the EU elections. The issue of dual quality was raised by the Visegrad group (Czech Republic, Slovakia, Hungary, Poland-V4), which believes it should be banned. (Aneta Zachová, EURACTIV.cz)

Dreams of eurozone: The head of Croatia’s national bank announced that a letter of intent for membership in the European Exchange Rate Mechanism (ERM II) is expected to be sent “sometime in the second quarter of this year”. Croatia plans to join the eurozone from 2023.

More Moscow: There is much potential to strengthen economic relations between Croatia and Russia, particularly in energy, tourism, pharmaceutical, construction and agriculture, according to the Croatian Chamber of Economy. The business community has opposed sanctions against Moscow. (Željko Trkanjec, EURACTIV.hr)

France supports Serbia’s EU path: France’s European affairs minister said Serbia and Kosovo should avoid any measures that detract from their dialogue and called on Priština to immediately abolish taxes that have been imposed on Serbian goods.

Nathalie Loiseau confirmed that France supports Serbia’s EU aspirations. Although Serbia needs to complete its reform process, the minister added that “the EU also needs to carry out necessary reforms in its own yard”. Macron is expected to visit Belgrade in July.