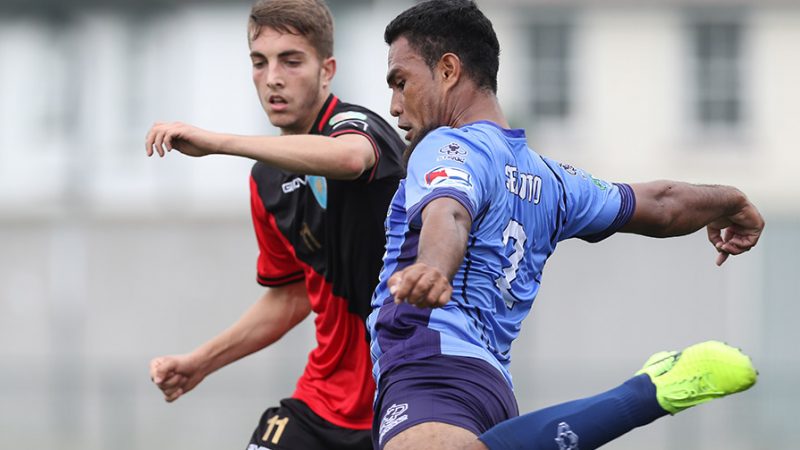 Players square off during a recent match between Székely Land and the Pacific island nation of Tuvalu. [Photo: CONIFA]

Eight football teams will duel it out in the foothills of the Caucasus this month to decide which is the best in Europe. But you will not find Germany, Italy or Spain on the match list and none of the teams taking part are fully recognised by the international community.

On 1 June, the Confederation of Independent Football Associations (CONIFA) European Cup kicked off in the disputed region of Nagorno-Karabakh, an apt venue for a tournament comprised of unrecognised and unknown football teams.

Although it bills itself as a complement to official bodies FIFA and UEFA, those authorities do not acknowledge CONIFA’s tournaments, which the Swedish-registered association maintains are “politically-neutral”.

Allegations of “sporting separatism” aside, the line-up of teams ready to play football against one another offers an interesting snapshot of geopolitics and regional relations.

A look at the list of matches shows that the likes of Abkhazia, Chameria, Padania and South Ossetia, names that would be at home on a Game of Thrones map, will take to the field over the course of this week.

This year’s European cup follows last year’s world cup, which was played in London but officially hosted by the Bravanese people of Somalia.

The association’s members include names recognisable to many, from Greenland and the Isle of Man to Sardinia and Tibet. But there are also unfamiliar teams, hailing from exotic-sounding locations like Cascadia, Matabeleland and Transnistria.

Some teams also represent ethnic minorities or peoples rather than self-proclaimed countries, including the 2018 world champions, Kárpátalja, made up of the Hungarian minority in Carpathian Ruthenia, a historic region in Central and Eastern Europe.

Their ranks are growing too. Teams cannot be a member of football’s official governing body FIFA and must also satisfy one or more of a list of extensive criteria. The latest team to gain admission is Cornwall, or Kernow, representing a part of southwest Britain with its own language and customs.

Kernow FA language and cultural liaison officer Ashley Taylor said that the team’s anthem will be ‘Cornwall My Home’ and the mascot will be “Denzel, a Cornish game bird which is a much-loved breed in the United States but is rare in Cornwall itself”.

The Cornish side did not manage to qualify for CONIFA’s European cup this time but will play in the ‘Atlantic Cup’, a tournament that will pit them against Yorkshire, Jersey and the Isle of Man.

Matches are already underway in the European cup and the qualified teams have played two games each as of Monday.

Abkhazia, a partially recognised republic in northwestern Georgia that most UN members say is a Russian-occupied territory, beat Chameria, which represents the Cham population in Albania’s south. The Sunday match finished 3-1. 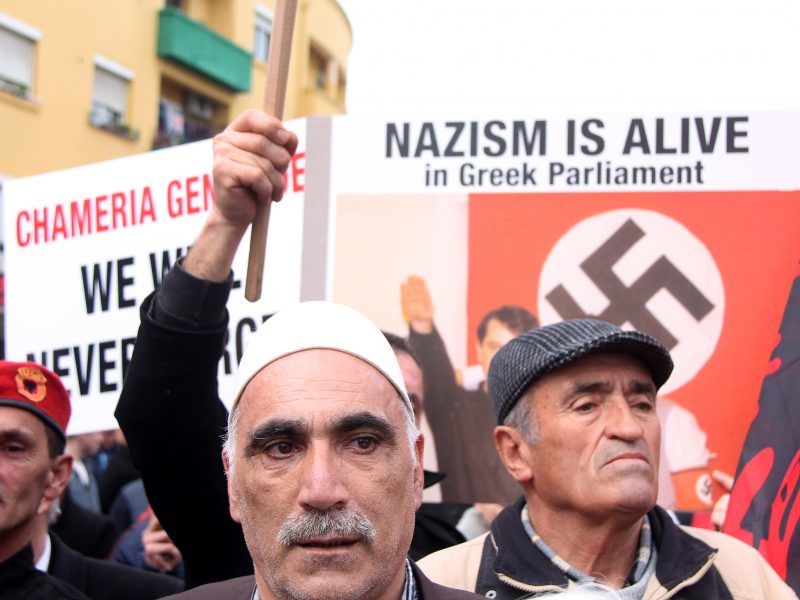 Albania’s Cham community, expelled from Greece after World War Two, asked Greece on Saturday to apologise for what they called a genocide against them and permit them to return to the area in northern Greece from which they were removed.

Hosts Nagorno-Karabakh, a region internationally recognised as part of Azerbaijan but held by Armenia-backed forces, was victorious in a five-goal-thriller against Finland’s Saami people.

“Ice hockey is probably the most popular sport but the football is uniting,” Saami centre-half Jarkko Lahdenmaki told the BBC.

“I think the team represents the northern people and their way of living… sometimes before games we listen to Sapmi music to relax.”

CONIFA says it has “high ethical standards and dedicated members” and is “the world-leading organisation for people, nations and sportingly isolated regions who share the joy of playing international football”.

The organisation also says its work “contributes to the enhancement of global relations and international understanding”, which aims to “build bridges between people, nations, minorities and isolated regions all over the world through friendship and culture”.

One such team is the Rohingya Football Club, made up of players that fled Myanmar for Malaysia after being faced with ethnic cleansing, which hopes to show that its “people can succeed as well” and “give Rakhine Muslims [Rohingya people] a voice in the world”.

Club founder Muhammed Noor wants to qualify for the next world cup in 2020, due to be held in Somaliland, and hopes the Malaysian and Turkish governments will help the team achieve that goal.

Ankara is a staunch defender of Rohingya rights and was the author of a UN resolution late last year that condemned the human rights violations and abuse perpetrated in Myanmar.

The last round of European cup group matches is due to conclude on Tuesday evening (4 June) and the knock-out stages are scheduled for Thursday, ahead of the grand final on Sunday (9 June).

That game will be refereed by Mark Clattenburg, an English official who took charge of the 2016 Champions League final.