The Netherlands throws a spanner in Albania’s EU hopes 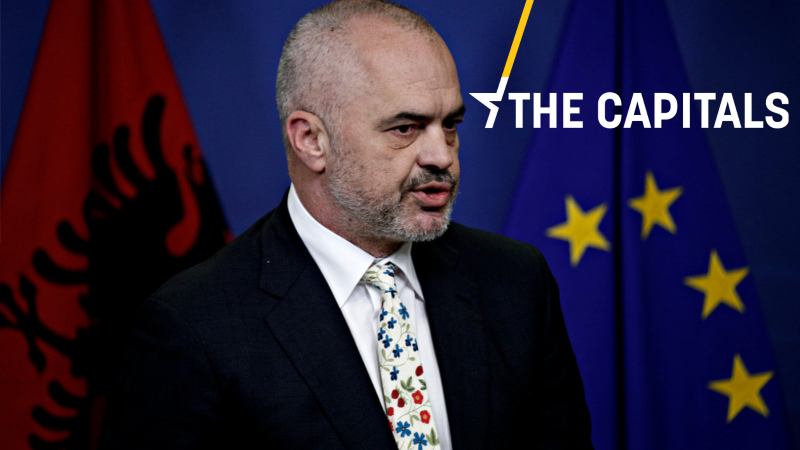 Tirana trouble. A request by the government of the Netherlands to suspend visa-free travel for Albanians is being looked at by the European Commission after a majority of the Dutch parliament voted in favour of the measure.

A spokesperson for the EU executive did not comment on the possible outcome of the evaluation on Monday. Dutch lawmakers backed a motion that claims the Albanian mafia is free to move across Europe because of the visa-free regime, which has been in place for over a decade.

If the Commission were to agree with the Dutch appraisal then the EU Council would have to sign off on changing the visa rules, although it looks unlikely the executive would come to that conclusion, given it recently recommended the opening of membership talks with Albania.

But this is not the only concern for Tirana these days. Diplomatic sources say that the Hague is not ready to give its green light for the opening of accession talks with Albania.

Read also: Commission: Suspending visa-free for Albanians should not be decided lightly

Meanwhile, in Belgrade, the chairman of Russia’s State Duma chairman called on the UN to take a position on Priština’s actions. Particularly, Vyacheslav Volodin has said the “incursion” of Kosovo special police into the north of Kosovo was a “provocation” aimed at intimidating the Serbs and establishing control of that area by force. He pointed out that the Serbian people could count on Russia’s help in the future, too.

“The UN should show its stance. Not only authority but rather peace in the Balkans as well depend on its determination and concrete steps,” Volodin told the Serbian parliament. He added, “The absence of a clear reaction from the EU to Priština’s provocations causes doubt as to whether it is capable of mediating the dialogue between Belgrade and Priština.” (Beta-EURACTIV.rs)

Trump-May talks: US President Donald Trump will sit down with Prime Minister Theresa May today, as the pair attend a breakfast meeting with royals, business leaders and politicians, as well as a later bi-lateral later on at 10 Downing Street. A potential trade deal is high on the agenda for today’s talks, following on from some positive exchanges between the Queen and Trump at a state banquet at Buckingham Palace last night.

However, large-scale protests against the US President’s visit have been planned across several UK cities today, including a demonstration in Trafalgar Square. Labour leader Jeremy Corbyn is due to address protesters at the London demonstration.

A temporary solution. Germany’s Social-Democrat Party (SPD) discussed on Monday appointing three caretaker leaders after Andrea Nahles resigned. Manuela Schwesig, Malu Dreyer and Thorsten Schäfer-Gümbel, the party three vice presidents, are set to lead the party temporarily until a successor to Andrea Nahles as party leader is elected. Schwesig and Dreyer are the state premiers in Mecklenburg-Western Pomerania and Rhineland-Palatinate respectively, while Schäfer-Gümbel is the leader of the opposition SPD faction in the Hesse state parliament. (Claire Stam, EURACTIV.de)

In the preliminary conclusions of its annual review of the French economy, the IMF notes that while French growth has slowed, it remains resilient and job-rich thanks in particular to the reforms implemented in recent years on the labour market and taxation.

After welcoming last year’s “impressive progress” since the election of Emmanuel Macron, the IMF highlighted the need to complete and even strengthen the reforms planned to accelerate long-term economic growth. (EURACTIV.fr)

>>Read more: IMF urges France to step up reforms to rein in debt

Conte sets conditions. Italian PM Giuseppe Conte has put his destiny in his deputies’ hands, asking for an unequivocal, clear and quick response from Lega’s Matteo Salvini and Five Star’s Luigi Di Maio, on whether they want to pull the plug on government or keep working to deliver the agenda they both committed to only a year ago. (Gerardo Fortuna, EURACTIV.com)

“Who are you?” In an interview with EURACTIV’s partner EFE, Michael Creed, Irish Minister of Agriculture, said for the Irish agrifood sector Brexit had a dimension that goes far beyond the economic and commercial range. There is again a border where they ask, “Who are you?”. (EuroEFE.EURACTIV.es)

Poland and Russia talk again. Polish daily “Rzeczpospolita” reported that for the first time in recent years, Warsaw and Moscow talk to each other on a governmental level. For now, these are only preliminary talks facilitated by the Council of Europe and the topics are focused on historical issues and the wreck of the aircraft that crashed in 2010 in Smolensk, killing the Polish president and 95 other people.

Civic education works with young people. As long as young voters have enough information about democracy and human rights their support for extreme parties diminishes, an experimental simulation of the European “elections” among high school students has shown. When they were provided with quality background information and choice of European parties, the Greens scored best, while the nationalists lost. (Zuzana Gabrižová, EURACTIV.sk)

A Greek Jewish mayor. Moisis Elisaf, a prominent doctor in the city of Ioannina in northwestern Greece, became the country’s first Jewish mayor after prevailing in the second round of local elections.

Greek Banks’ positive outlook. Moody’s said in a report on Monday that the outlook for Greece’s banking sector remained positive due to the expected improvements in banks’ funding and asset risks. Read more (Theodore Karaoulanis, EURACTIV.gr)

Tariceanu can’t be prosecuted. The Romanian Senate hasn’t lifted the immunity of its speaker, Calin Popescu Tariceanu, who is also the chief of the ALDE party, a junior partner in the PSD-led government. Prosecutors wanted to charge Tariceanu for bribe-taking in a case that goes back more than 10 years ago when he was the prime minister.

Final results of EU elections. Romania’s National Liberal Party (PNL/EPP) will have 10 MEPs, according to the final results. The ruling socialist party PSD (PES) gets 9 seats, but the ninth MEP will go to the EU House only after Brexit. After the UK leaves the EU, Romania will have in total 33 MEPs while currently, it has 32.

The Alliance 2020 USR PLUS (the new ALDE group) will have 8 MEPs, while UDMR, PMP (both of them part of EPP) and Pro Romania have two each. (EURACTIV.ro)

Mariya Gabriel will not take her MEP seat. EU Commissioner for Digital Economy and Society Mariya Gabriel led the European election list of GERB, the EPP-affiliated party of Boyko Borissov, and was elected as an MEP.

But on Monday (3 June) Gabriel announced that despite being elected, she would give up her seat as an MEP. She added that although there was a risk for her not to be a part of the new Commission, she would remain commissioner until the end of her term. Gabriel said she consulted with Borissov before the move, who in her words accepted the idea. [Read More]  (Georgi Gotev, EURACTIV.com)