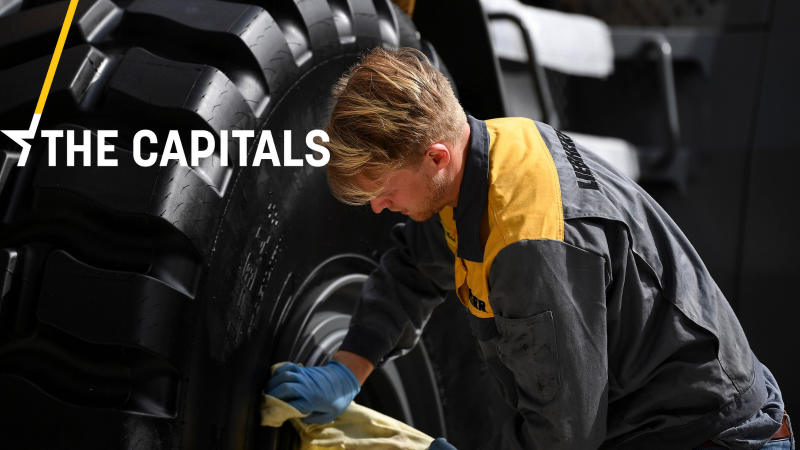 The Capitals is EURACTIV's daily newsletter from across Europe. [PHILIPP GUELLAND/EPA]

The European Parliament and member states reached an agreement last February to set up a new European Labour Authority (ELA) to protect workers’ rights and launch cross-border investigations in case of potential abuses.

Of the 13 countries that joined the EU in the last two decades, five don’t host an EU agency – Bulgaria, Croatia, Cyprus, Romania and Slovakia – and should, therefore, be the strongest candidates.

Written bids to host ELA should reach the Council of Ministers by 6 May and will be published on the Council website on 13 May, an EU spokesperson said. The Commission will then evaluate the offers and submit its assessment to the Council before 3 June and the vote will be taken on 13 June in Luxembourg.

So far, Cyprus, Slovakia and Latvia have publicly expressed their interest in hosting the ELA while Bulgarian government sources told EURACTIV that Sofia was also considering it. Croatia initially expressed interest but has since withdrawn to support Slovakia.

Latvian diplomatic sources said Riga had decided to officially submit its offer to although it already has the Body of European Regulators for Electronic Communications (BEREC).

In Nicosia, FM Nikos Christodoulidis recently presented the country’s bid to the ambassadors based in Cyprus. See the video.

In Bratislava, PM Peter Pellegrini discussed the issue with Emmanuel Macron in October 2018 and with Angela Merkel in February 2019. Both said they “understood” the Slovak bid but neither explicitly said they would back it.

Labour Minister Jan Richter has already lobbied in 19 EU capitals for support. “Informally we have 12 votes in our favour while 4 consider our candidacy to be of high quality,” he recently said.

Romanian MEP Siegfried Muresan (EPP) recently asked the government to join the race, prepare a solid application and avoid the mistakes it made with the European Medicines Agency (EMA) bid.

“Our country has the biggest chance to host this new agency as it is one of only five member states that do not accommodate any EU institution […] Of all these, Romania has the widest area and its population is larger than that of the other four states combined,” Muresan has said.

Air pollution and tolls debate: Air pollution hit a four-year high in Belgium this week. Meanwhile, Flemish mobility minister Ben Weyts (N-VA) wants to abolish tolls, saying that the population does not support them. Instead, he believes that only extra investments in traffic infrastructure will tackle traffic jams. The move was largely seen as an attempt to distinguish themselves from extreme right Vlaams Belang party, which tried to make tolls a campaign matter for the upcoming elections. (Alexandra Brzozowski, EURACTIV.com)

UK will become a ‘trojan horse inside EU: Prominent Pro-Brexit MP Mark Francois has claimed that the UK could become a “trojan horse” inside the EU, should the country fail to withdraw from the bloc.

“If you attempt to hold us in the European Union against the democratically expressed will of the British people, then in return, we will become a trojan horse within the EU, which would utterly derail all your attempts to pursue a more federal project,” Francois said on Tuesday. On Monday, Francois called for another vote of no confidence in Theresa May. (Samuel Stolton, EURACTIV.com)

Growth down: The Italian government has trimmed its economic growth forecast to 0.2% from 1% estimated last December. All the government’s main measures, including the contested basic income and pension reform, have been confirmed. The document also mentioned the introduction of a two-tier ‘flat tax’ at 15% and 20%, strongly supported by Matteo Salvini’s Lega but opposed by the Five Star Movement.

Closed door: “Don’t use EPP’s name to shine up your image,” centre-right MEP and EPP Secretary-General Antonio López-Istúriz White has told the Five Star Movement. Previously, Italian daily La Stampa reported there were rumours about a possible rapprochement between the populist party and the EU centre-right. “Five Star Movement within the EPP? It is out of reality,” EP president Antonio Tajani has said. According to La Stampa, Junker urged Italy’s PM Conte to convince the anti-establishment party to join the pro-European front. (Gerardo Fortuna, EURACTIV.com)

Early payment of IMF: Greece’s Finance Minister Euclid Tsakalotos has said the country is planning to repay loans from the International Monetary Fund (IMF) early, as they are “too expensive”. He said €4 billion of the IMF debt carries an interest rate of 5%, at a time when Greece is able to borrow at much lower rates. The savings will be used to lower taxes and implement social policies, the minister said. (EURACTIV’s partner Athens-Macedonian News Agency).

The end of Uber? As the protest of taxi drivers continues, the government and regulatory agencies are mulling a “temporary ban on apps such as Uber until their status is resolved in a separate bill”. The statement was meant to appease angry taxi-drivers in big cities such as  Warsaw, where Uber is growing ever more popular. (EURACTIV.pl)

Hacker‘s rights violated: The Czech Constitutional Court ruled that former Justice Minister Robert Pelikán violated the rights of alleged Russian hacker Yevgeny Nikulin when he decided to extradite him to the United States. Nikulin was arrested by Czech police in cooperation with the FBI in Prague in 2016. He was accused of hacking LinkedIn, Dropbox and other companies. Currently, he is in the US waiting for results of a psychiatric assessment. (Aneta Zachová, EURACTIV.cz)

Remittance flows: Last year Bulgarians working and living abroad sent back to their country almost €2.13 billion, amounting to 3.8% of Bulgaria’s GDP, according to the World Bank’s latest Migration and Development Brief. At the same time, the amount of remittance money sent from those working in Bulgaria is also growing, reaching almost €196 million. (EURACTIV’s partner Dnevnik.bg)

Crisis between Slovenia and Croatia: Prime Minister Marjan Šarec convened an emergency session of the National Security Council (SNAV) on Tuesday afternoon (9 April) because of the alleged operation of the Croatian intelligence service SOA in Slovenia, which was reported by a Slovenian television channel.

SNAV said Croatia should refrain from such actions, which go against the EU values, the rule of law and the protection of human rights and fundamental freedoms. Croatian Prime Minister Andrej Plenkovic said it was not his government’s policy to influence reports by Slovenian media. (Željko Trkanjec, EURACTIV.hr)

€608 million for employment: “With European funds, Croatia has achieved good results regarding employment: €680 million has been invested in the first two years of this government’s term and we created 100,000 jobs”, Labour and Pension System Minister Marko Pavić has said. (Željko Trkanjec, EURACTIV.hr)

Serbia offers favourable conditions to German investors: Serbian chief diplomat Ivica Dačić said in Berlin that Serbia was ready to offer favourable business conditions to German investors. He said the country focuses on infrastructure, enhanced cooperation in the automotive and energy industry, as well as the agriculture-food sector, IT and tourism. Dačić also repeated that joining the EU was the number one foreign policy priority for Belgrade. (Beta-EURACTIV.rs)

4G network launched in BiH: Three Bosnian-Herzegovinian telecom operators, one for each constituent nation, have launched the 4G mobile network. “Over the next year more than 60% of the BiH territory will be covered with 4G network, and in next five years 90%,” Prime Minister Denis Zvizdić has said. (Željko Trkanjec, EURACTIV.hr)