It is time to reshape capitalism, and we have a plan for it 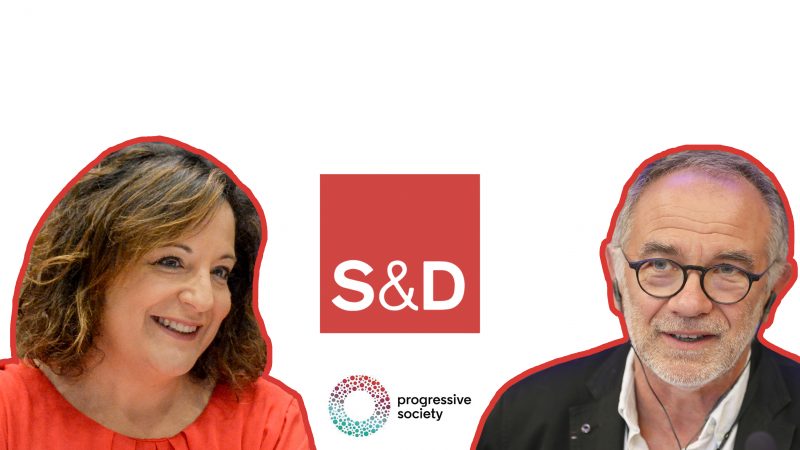 When the financial crisis broke out in 2008, the left was not ready to provide a proper answer. Looking back, we have to admit that the conservatives and neoliberals managed to impose their narrative on both the origins and solutions for the crisis. They made citizens believe that such crisis was unavoidable using metaphors like a “storm” in the markets, and asking governments to just “hold to our course of austerity” while the storm passed. Instead of addressing systemic failures so that people and their problems would be at the heart of the solution, citizens were made to believe that GDP led policies and fiscal consolidation was the only way out.

The truth, however, is that greed, speculation and untamed capitalism was the cause of the pain suffered by many citizens. Governments stepped in to save banks, instead of people. And those left wing governments trying to show a different way were punished both by the financial markets and the European establishment, as if no one could stop the invisible hand, as if there was no alternative. But this is just not true. In fact politics is there to avoid the abuses and protect people. It is time to end with the “dictatorship of GDP” and the excessive focus on economic gain.  Growth doesn’t mean anything if it doesn’t make people’s lives better.

The Portuguese government, that will soon hold the presidency of the European Union, showed that it is possible to come out of a crisis protecting citizens and investing in people. However, a lonely fighter in a wild jungle has it very difficult. This is why we Progressives learned from our shortcomings and have been working for a real change. More and more people became aware of the unfair and inhuman economic paradigm that capitalism has become, bringing the planet to its limits, creating bigger gaps between the rich and the poor, and undermining the European social model, the jewel of our societies. Citizens are expecting politicians to provide new answers. Well, we in the Socialists and Democrats are seriously working on it.

After a long reflection on how to update our Social Democrat principles and values to a changing world, we decided as a group to set up a project that would provide a comprehensive and horizontal view of all our policies and guide our political action. This is how the “Progressive Society” initiative was born back in 2018, under the presidency of Gianni Pittella. It was a joint collective effort of some leading S&D MEPs, advisers in our staff and also independent experts from diverse fields that help us enrich our analysis. From economists, to sociologists, trade unionists, environmentalists…

Led by former Prime Minister of Denmark, Poul Nyrup Rasmussen, and the former economics and labour minister from Greece, Louka Katseli, an independent commission gathering 30 politicians and experts worked for six months and produced a series of 110 medium and long-term recommendations.  Under the S&D presidency of Udo Bullmann, we presented 110 recommendations: out of them, 60 have been incorporated in the Commission work programme following our negotiations with Commission president Ursula von der Leyen and our demands to vote in favour of her college of commissioners. These include the European Green Deal, the Sustainable Europe Investment Plan or the reform of the European semester to include the UN Sustainable Development Goals.

We have left a clear footprint in the new Commission programme and the EU institutions as a whole seem to have learned the lesson about the mistakes made in the last crisis. But this is not enough. The COVID-19 pandemic is both a spur and an opportunity to accelerate the transition to a new paradigm that will ensure a sustainable and inclusive recovery, paving the way for a carbon-neutral society based on equality, fairness and inclusion. A patchwork will not work. We need a complete system overhaul because all policy-fields are related and we cannot protect the environment without a strong social pillar.

Now the scope of the first report needs to be extended and enriched in light of the new political context, in particular, emergency for climate action and the current COVID-19 crisis and its social and economic fallout.

The current production model ravages natural resources and destroys the planet, while at the same time exploiting workers – the so-called “the working poor” – creating growing inequalities and undermining social cohesion. When the climate is degraded, it is the most vulnerable that pay the price with dirty air filling their lungs or a lack of money to buy healthy food, which over time has become a rare commodity for many. When the pandemic broke out it dramatically exposed the existing inequalities in access to healthcare, to the digital world, to proper housing and stable jobs. And now the effects of the pandemic will only aggravate those inequalities if we don’t make structural changes to our model.

This is why we now want to continue our work and have decided to relaunch the initiative, engage new experts and produce a new policy report, to be released by June 2021. This the Independent Commission for Sustainable Equality (ICSE) will be co-chaired by Poul Nyrup Rasmussen and by the Vice-Prime Minister of Spain Teresa Ribera.

New times demand new policies, and this can only be done with vision and determination. We in the S&D Group have already changed our decision-making process to make it more inclusive and participatory, and we have also updated the way we work internally to integrate new ideas and translate them into concrete political action. This time is different. This time we are ready, and we want to be the driving force for a better future.