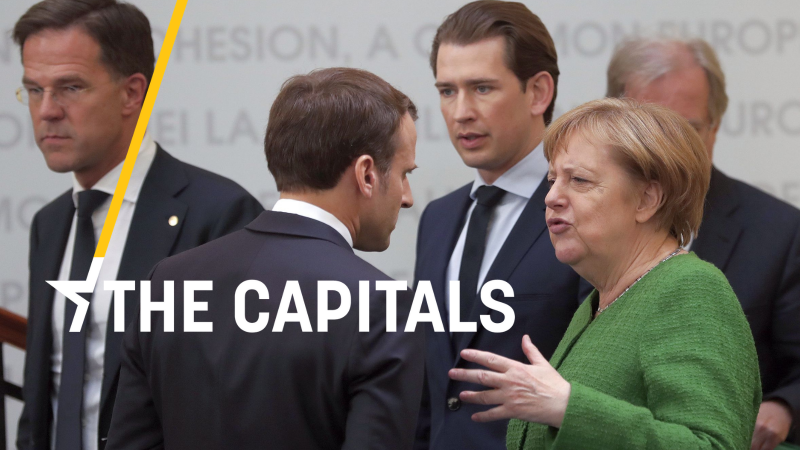 Thirteen EU countries, mostly new members from Central and Eastern Europe, plus Italy and Austria, are drafting a ‘non-paper’ that will be presented to the EU-28 in an attempt to revive the credibility of the bloc’s enlargement, primarily with the Western Balkans in mind.

The 13 are Estonia, Lithuania, Latvia, the Czech Republic, Poland, Slovakia, Hungary, Bulgaria, Italy, Austria, Croatia, Slovenia and Malta. The paper should be presented at a meeting of EU ambassadors in Brussels on Wednesday.

“The idea is to launch a call for the opening of accession negotiations with Albania and North Macedonia,” a diplomat from one of the 13 countries told EURACTIV.

“It is also a form of pressure, meant to say that the dilemma of whether we first need a deepening of the EU and enlargement later is artificial and wrong. Unless the two processes go hand in hand, the EU will soon face the Western Balkans again, but unfortunately in a more demanding and painful way for both sides,” the diplomat said.

The European Commission has formally recommended opening talks with Skopje and Tirana, but the decision has to be confirmed by all member states in the Council, where France and the Netherlands lead the opposition.

“It is becoming increasingly difficult to understand this artificial dilemma because we’re talking about the opening of negotiations and not actual enlargement. The West obviously cannot understand that,” the EU diplomat told EURACTIV.

In Germany, enlargement has split the ruling grand coalition. The CDU/CSU wants to oppose a quick start of talks with Tirana and Skopje. Gunther Krichbaum, chairman of the Bundestag’s Europe Committee, said a decision will not be reached before October.

But the European Minister of State in the Foreign Office, Michael Roth (SPD), wants negotiations to kick off immediately. “It is now up to the EU to deliver. We gave our word and should keep our promises,” Roth wrote in an article for German daily Frankfurter Allgemeine Zeitung.

The Czech Foreign Ministry confirmed the country is one of the 13. Foreign Minister Tomas Petricek has repeatedly called for a more active role towards the region. “I will be a strong supporter of giving the green light to both countries,” Petricek said on Friday about the launching of accession talks with North Macedonia and Albania.

Saving Iran nuclear treaty. Foreign Minister Heiko Maas (SPD) has called on Iran to remain in the nuclear agreement, even if the economic advantages did not live up to expectations. Speaking in Tehran yesterday, Maas stressed the agreement is “extremely important” to Europe for security reasons. Iranian counterpart Mohammed Dschawad Sarif warned that supporters of the “economic war” against Iran could not expect to “remain safe”. (Claire Stam, EURACTIV.de)

Tory leadership race hots up. The final 10 candidates to be the UK’s next prime minister and Conservative Party leader have been confirmed.

Gove came under criticism over the weekend following an admission of past cocaine use. He said on Sunday he “deeply regrets” his mistakes. He also hit out at rival Boris Johnson’s pledge to cut tax rates for high earners. “One thing I will never do as prime minister is to use our tax and benefits system to give the already wealthy another tax cut,” Gove said. “The poor must come first.”  (Samuel Stolton, EURACTIV.com)

The Italian (top) job: Italian PM Giuseppe Conte held an evening meeting with his two deputies, Luigi Di Maio and Matteo Salvini, to discuss how to avoid the triggering of an infringement procedure against Italy, as well as the appointment of the new Italian Commissioner. The day before the meeting, Conte warned about the risks of defying the Commission. “If the procedure will be triggered, it’ll hurt Italy,” he said.

Both ruling partners are interested in valuable Commissioner portfolios like competition or industry. In an interview with EURACTIV, former PM Mario Monti suggested the government propose a collaborative high-level politician. “Italy needs someone that knows how to negotiate and to avoid unnecessary conflicts,” he said. (Gerardo Fortuna, EURACTIV.com)

Spain’s tolerant immigration policy can’t last forever: The government of Spain maintains a “unique” migration policy in the EU by continuing to accept those who arrive, but this policy can not last indefinitely, said Cuban-born US sociologist Alejandro Portes, winner of the 2019 Princess of Asturias Award for Social Sciences.

Portes told EURACTIV’s partner EFE in a recent interview that compared to other countries Spain maintains a “more tolerant” migration policy, and continues to accept those who arrive. “It is a unique policy in the European Union, but I do not think it can last indefinitely,” he said.

The expert pointed out that the migratory situation in the EU has led to different responses according to the country: for example, Germany is an open nation with a strong economy, while Hungary has closed its doors to immigration.

“For many countries, the biggest problem is uncontrolled migration: in Europe, it is the migration that comes from Africa and the Middle East, in the United States it is the one that comes not from Mexico, but from Central America,” Portes stressed. (EuroEFE.EURACTIV.es)

Deal with the US. On Wednesday, Poland will sign a major deal with the US that will upgrade the status of American forces in Poland to “enduring American presence on Polish territory”. Some 1,300 additional American soldiers are said to be coming to Poland and Warsaw will pay close to $2 billion for modernisation of military infrastructure that will be used by the Americans.

All this is supposed to enhance the security of Poland and the whole region in the face of the Russian threat. However, as Stratfor, an American think-tank focused on security, warns, the enhanced American presence in Poland may lead to a tit-for-tat Russian response.  (EURACTIV.pl)

What keeps Slovaks from the ballot boxes? Although more Slovaks turned out to vote in the recent EP election, the turnout was still the lowest in the EU at 22%. Sociologist Michal Vašečka told EURACTIV.sk that only a minority of Slovaks are fully committed to the European idea.

Unlike in Poland or Romania, Slovak voters do not feel that liberal democracy in their country is in danger. “What emerges is that Slovaks feel much less of a need to participate in the European elections because they do not feel that Brussels can save anything,” he added.

On the other hand, voter turnout was higher because many Slovaks have started to think that Eurosceptics and populists jeopardise the future of the Union.

Romania’s foreign minister supports Moldovan oligarch.  While the EU has voiced support for the government coalition formed by the newly elected parliament of Moldova, Romanian Foreign Minister Teodor Meleșcanu has instead backed the Democratic Party’s proposal to hold early elections. The party, controlled by oligarch Vlad Plahotniuc, says the government fronted by pro-EU ACUM leader Maia Sandu is illegitimate. Meleșcanu said an election on 6 September is “the only solution” for solving the political crisis, and added that he has asked the Romanian ambassador to meet Democratic Party leaders. (EURACTIV.ro)

It’s official. After months of speculation on snap elections and a 9.5% margin of defeat in EU elections, PM Alexis Tsipras officially requested the dissolution of parliament and the call for general elections from President Prokopios Pavlopoulos on Monday evening, “in order to renew the public mandate”. The vote is scheduled for 7 July.

The main opposition leader, New Democracy’s Kyriakos Mitsotakis, said Tsipras had not planned to hold elections, “but the outcome of the (EU) elections imposed it”. (Theodore Karaoulanis, EURACTIV.gr)

Code on sexual harassment. Three unions signed a code of conduct on sexual harassment in both private and public or state workplace, in an effort to include very detailed descriptions, Do’s and Don’ts in employment contracts, according to Philenews, EURACTIV.gr’s media partner. It will be part of collective agreements signed by union members. Last year, out of 1,830 work-related complaints filed, just 17 were about gender equality in the workplace, a category that includes sexual harassment allegations. (Theodore Karaoulanis, EURACTIV.gr)

One seat to rule them all. Two weeks after having won one seat in the European Parliament, Human Shield, an anti-establishment party aligned with the Five Star Movement, has officially broken up. The party that had run on a Eurosceptic ticket disbanded over the allocation of the seat. Party president Ivan Vilibor Sinčić, and his wife, also a member, had said they were not interested in Brussels but changed their mind right after the results were announced, prompting other members to leave the party and blame the couple for ‘hijacking’ it.

Juncker in Zagreb. Outgoing Commission President Jean-Claude Juncker visited Zagreb this weekend and said he would like to see Croatia join Schengen and the eurozone as soon as possible. He said that the country has progressed a lot in economic and financial terms because of key reforms. (Tea Trubić, EURACTIV.hr)

Slim chance of summit. Serbian President Aleksandar Vučić said on Monday it was “very possible or almost probable” that the meeting of regional leaders on 1 July in Paris would not take place because it was highly unlikely that Kosovo’s leadership would lift import tariffs on Serbian goods by that time. He said Serbian representatives would certainly attend the meeting if they got an invitation, but added that he believed the conditions for organising the meeting were not right. Addressing a session of the National Convention on the EU in parliament, Vučić said he did not rule out the possibility of progress if the dialogue with Priština in the autumn. (Beta-EURACTIV.rs)