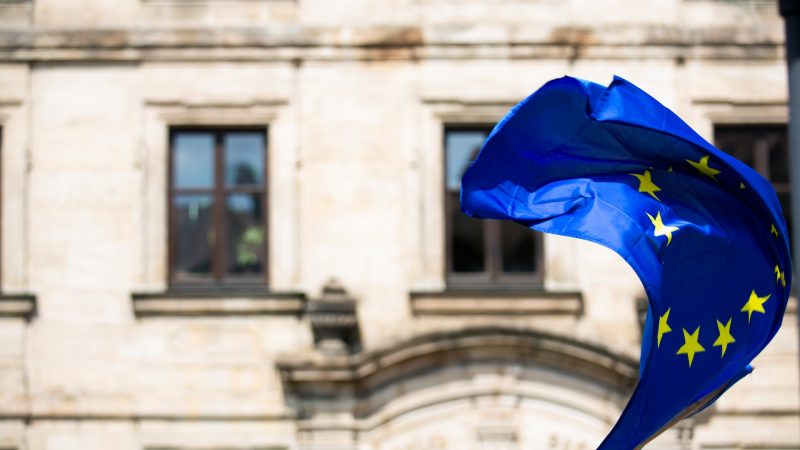 When pollsters asked those surveyed what "words, ideas, images [they] spontaneously think of" when they hear the word sovereignty, the French responded with "king", "power" and "queen", while Germans answered with "independence" and "state". [Unsplash/Markus Spiske]

The demand for more European sovereignty within the EU is strong despite disparities between member states, according to a study published on Tuesday (2 March). EURACTIV France reports.

European sovereignty is not dead: 73% of people polled in eight EU countries – including France, Germany, Italy, Spain, Poland, Romania, Sweden, and Latvia – would like to strengthen EU sovereignty, according to the new study by the Jean Jaurès Foundation and the Friedrich Ebert Foundation, in partnership with Ipsos.

Among those surveyed, the French, Swedes, and Italians are bucking the trend as only 66%, 64%, and 60% of the respondents from these respective countries are in favour of more EU sovereignty. The study also shows that these three EU countries have the lowest levels of support for the bloc.

The poll comes at a time when ambitions for the EU to be a true ‘geopolitical actor’ remain thwarted by persistent deep divisions among member states, some of which are pushing for a more autonomous EU path, especially in foreign and security policy.

“It is a word increasingly used by all political forces,” Gilles Finchelstein, director of the Jean Jaurès Foundation, told EURACTIV.

The concept of European sovereignty has returned to the forefront as the bloc has been particularly feverish about producing and managing surgical masks and vaccines within its borders, Finchelstein added.

“We are rather at a time when sovereignty is back,” said Finchelstein, noting that “we have to distinguish between the word sovereignty and European sovereignty.”

However, not everyone has the same ideas regarding the very concept of sovereignty depending on the country, its history, and political climate.

When pollsters asked those surveyed what “words, ideas, images [they] spontaneously think of” when they hear the word sovereignty, the French responded with “king”, “power” and “queen”, while Germans answered with “independence” and “state”.

People in different countries also value the modernity of the term “sovereignty” differently. The French (49%), Italians (53%), and Spaniards (38%) were the most in considering the term to be “outdated”.

Despite these nuances, the majority of respondents (58%) think that it is possible to use the word ‘sovereignty’ and ‘Europe’ together “because European and national sovereignty are complementary”.

‘A response to global challenges’

If support for the strengthening of European sovereignty is nevertheless continuing to grow, it is because this perspective “is conceived first and foremost as a response to global challenges”, explained Finchelstein.

The threat of terrorism, climate change challenges, and the health threat are the most frequently cited reasons for justifying the strengthening of such sovereignty – most likely because these major issues inherently require collaboration and unity that goes beyond the strictly national framework.

The study also revealed that only 51% of Europeans currently consider Europe to be sovereign. Again, France and Italy are less convinced, with 36% and 46% of respondents, respectively, agreeing with this statement.

According to the respondents, the priorities for making Europe more sovereign should be a “prosperous economy”, “a common security and defence policy” and “guaranteeing European production in strategic areas such as food and health”.

The survey also identified a number of obstacles to the strengthening of such sovereignty, headed by “the fact that some European countries are led by nationalist leaders” (23%) and “pressure from a number of foreign countries that have no interest in seeing the emergence of a strong Europe” (22%).