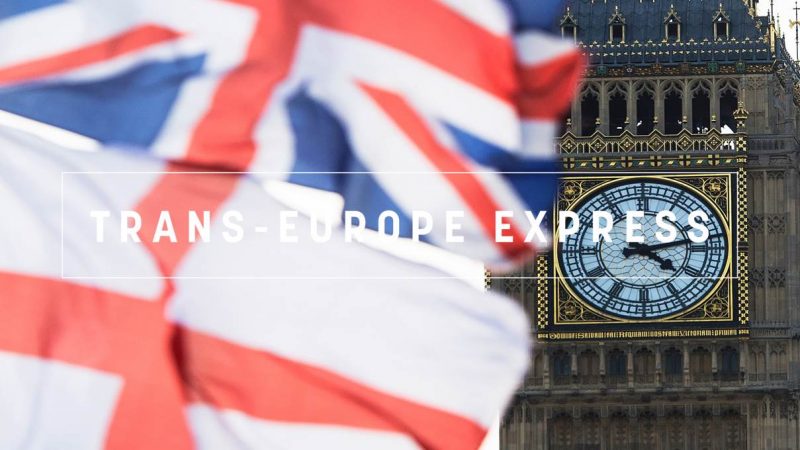 Trans-Europe Express is EURACTIV's weekly newsletter from around Europe. [Shutterstock]

His eyes sink into the back of his head as his countenance becomes iced with the unmistakable whiteness of death.

His head is placed delicately into a wooden box and sent to Ravenna. The blood of the Roman Emperor of Britannia soaks into the wood. The year is 411. Constantine III is dead.

Writing two hundred years later, Procopius of Caesarea reflected that after the fall of Constantine III, “the Romans never succeeded in recovering Britain, but it remained from that time under tyrants”.

Britain was ruled from then on by a conglomerate of people known as the Angiloi, the Frisones, and the Britons, Procopius wrote.

Modern England would eventually come to be formed out of this new triad of peoples, coming to settle in the lands and substantiate a cultural identity that endures to this day.

Fast forward to the modern era, and European immigration to the shores of the jewelled island takes on a different guise.

Just yesterday, UK government figures reveal that net migration to the UK from EU member states has fallen to a ten-year low. The news comes as uncertainty surrounding the UK’s withdrawal from the European Union reaches fever pitch.

England has always held itself in high regard in the union of nations that comprise this bizarre land on the periphery of the continent. Its condition is symptomatic of a nation that is going through a profound identity crisis. The country regards itself in an imperial mirror, only to see the bloodshot eyes of a beaten and battered nation staring back at it.

England’s identity crisis is intimately embroiled in the Brexit debate, but the malady goes much deeper and is wholly more sinister.

For centuries, citizens of England have been fed with hegemonic idealism in the form of cultural products: Brooke’s militaristic poems, Elgar’s pompous compositions, Martin’s artistic representation of the country as a land of plenty.

But the truth is, modern England needs to come to terms with itself. A renewal of identity is required. With poverty levels across the country at record rates and violent crime on the rise, the nation needs to regard itself in the common light of day  – and it is a terrifying light, harsh to the touch, and painful for many to encounter.

Modern England is a victim of its own self-deception. For too long, we have had an archaic, outdated, and irresponsible perspective of ourselves.

If we are to truly confront who we are as a nation, we need to address the wider concerns of a country at the behest of our own inability to regard ourselves in sober reflection. A dose of due humility would not go amiss.

There was a brief sojourn into this arena during the latter half of the 20th century, with the delicious masochism of the punk movement: a time in which modern England appeared sincerely introspective.

The Clash sang about unemployment, racial tensions, and class divides while The Slits cried foul on gender equality and the alienation of youth.

England once again finds itself at such a crossroads: with an imperial spectre still haunting the public consciousness, promoted by certain politicians intent on renewing the age-old image of Albion, this is a time like no other for a reactionary movement to emerge.

“Under tyrants” England may well remain, but history for the future generations of this castaway country will be made as a result of how we view ourselves as a nation.

Northern Irish troubles. As the UK is set to leave the EU, we look into the effects of Brexit on the relationship between Northern Ireland and the Republic.

Seeking alternatives. Spain’s agri-food sector is extremely concerned about the negative impact of a no-deal Brexit.

Romania in focus. As the country’s former anti-corruption chief Laura Codruţa Kövesi was chosen as the European Parliament’s top pick for the EU’s first-ever chief prosecutor, her home country attempts to thwart her appointment.

Election tactics. Italy’s far-right steps up its  aims of forming a broad right-wing alliance in the next European Parliament.

Tighter legislation. Austria is debating a host of measures proposed by the interior minister intended to tighten the right of asylum.

Cold(er) war ahead? As the Arctic ice melts, fresh trade routes and untapped natural resources open up in Europe’s High North, leaving the region caught between cooperation and militarisation.

Between the lines. Continuing recent efforts to improve its armed forces, Serbia ramps up military capabilities, but affirms it sticks to neutrality.

Save the bees. Germany’s action plan for insect protection leaves farmers feeling ignored in the process and are calling for more environmental protection incentives.