By Alexandra Brzozowski and Claire Stam | EURACTIV.com reporting from Strasbourg 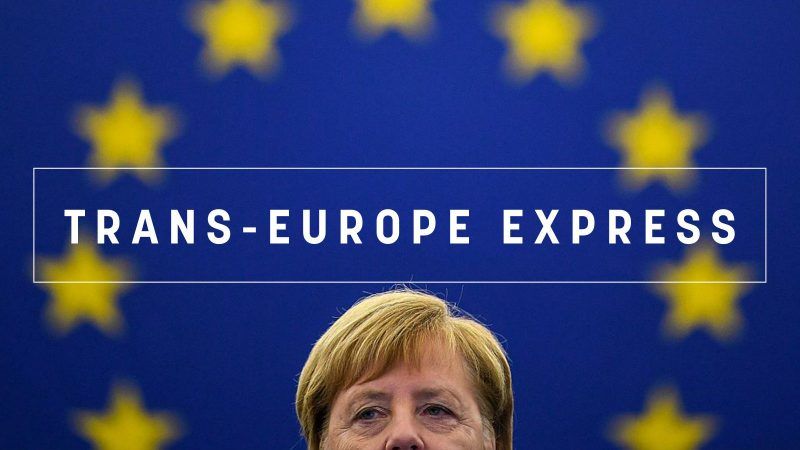 Angela Merkel’s speech on the future of Europe this week produced a few ideas. But even though observers had hoped to hear a new game plan for Europe’s mounting challenges, expectations fell short. At least altercations between Parliament and Commission officials were not in short supply.

“We don’t see a full house and a standing ovation when Malta’s Prime Minister comes to Strasbourg,” scoffed Jean-Claude Juncker in his answer to the German Chancellor’s Strasbourg speech on Tuesday (13 November).

“We don’t see that many Commissioners either,” snapped back a rather annoyed Antonio Tajani, the Parliament’s president. As it is, Jean-Claude Juncker was not always present in the plenary. Indeed, he was not there in September, when Greece’s Premier Alexis Tsipras spoke to MEPs in Strasbourg.

The quarrel between the two EU leaders, however, was not the only outbreak of emotions. In a full house and with standing ovations for Germany’s chancellor in the hemicycle, the applause was also accompanied by constant booing from far-right MEPs.

“Do we need a veterinary?” asked an increasingly miffed Tajani.

Merkel spoke for about half an hour. Usually dismissed by critics as more of a tactician than true strategist, she delivered a pledge for a ‘real, true European army’ to be strived for ‘one day’ which could even have been rated as surprisingly visionary.

When she finished, however, it became clear that Europe still needs to wait for a comprehensive Merkel version of the continent’s future. As the number of MEP comments grew after the debate, so did the number of grievances. Too many things have been left unsaid.

“I am asking you to support more vigorously the initiatives coming from the European Commission, like on migration or the reform of the eurozone,” Commission chief Juncker told “dear Angela”.  “If you would do a little more than what you have been doing so far, you would emerge with greater leadership,” he continued.

The EPP’s newly appointed Spitzenkandidat, Manfred Weber, seconded him. “The decisions that are taken here should be followed by actions,” he said, reflecting the feeling of many of the MEPs present in the chamber. Namely, that member states – and in particular Germany – too often show little support to the Parliament’s initiatives.

“But unfortunately, it’s your government that is consistently stepping on the brakes when it comes to Europe,” she continued. She called for more action “for real climate protection, for a stable eurozone and putting an end to tax fraud.”

It is true that Merkel addressed tolerance and solidarity as inherent in the European canon of values. But ALDE’s Guy Verhofstadt extended the list of grievances by pointing out the absence of a reaction from the EPP or Merkel herself towards Viktor Orban et al’s breaches of the rule of law.

“Angela Merkel and the EPP must put an end to his autocracy, instead of tolerating it,” Verhofstadt said.

For his part, S&D’s Udo Bullmann asked the German Chancellor what kind of party the EPP attempts to be. “Is it the pro-European party of Jean-Claude Juncker? Or is it the EPP of Austria’s Chancellor Kurz, who turns his back on the UN migration pact?” he wondered.

Only a few hours before, at a press conference, he declared to reporters that from Angela Merkel, he expects a pro-European speech.

“The question is: What kind of leadership is she willing to invest in to make progress in the EU?” Bullmann asked.

It is those comments that describe one core truth about the ‘hesitant’ German Chancellor: Despite being in the lead for so many years in Germany and Europe, Merkel failed to draw a clear vision for future European integration or EU reforms, which she knows need to come soon.

Wouldn’t it be time for a real legacy?

German support. In an eagerly awaited speech, Angela Merkel argued for European defence integration and took a step closer towards her French counterpart.

Imitation game. Feeding into the German grand coalition chaos, the country’s interior minister wants to give up his position as party chair.

No government. Swedish lawmakers have rejected the Moderate Party leader’s attempt to form a minority government, prolonging the political deadlock in place since the election in September.

Budget defiance.  Italy sticks to its guns in its revised draft budget submitted to the EU.

Nixing nuclear. Spain will close the last of its nuclear reactors and coal power plants before 2030, shortly after Madrid pledged to work towards a completely renewable electricity system.

Crossing swords. Romania’s government went down the anti-Brussels path over its rule of law and says it will not follow EU recommendations.

Challenging police. Croatia’s ombudswoman has requested access to police records after reports of harassment of migrants trying to cross into Croatia.

Rallying support. France and Germany turn up the heat on the EU digital tax as they want a deal tied up at a December.

Cyprus solutions. There is now a need for new ideas and proposals on the Cyprus issue, Turkish Deputy Prime Minister Fatt Octai said, arguing that the Greek Cypriot side, with its unilateral actions, has shown that it will not even divest the gas.