Trans-Europe Express – Is there anybody down there? 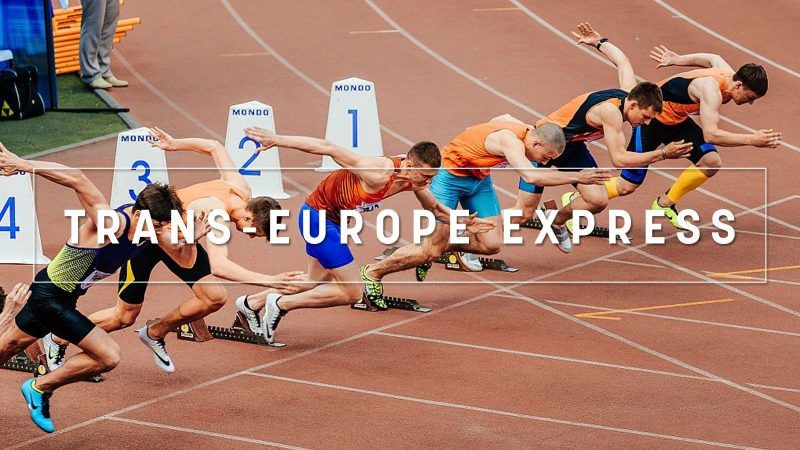 Trans-Europe Express is EURACTIV's weekly roundup of news from across the continent. [sportpoint/Shutterstock]

Hello Portugal? Italy? Spain? Bulgaria? Croatia? Romania? Slovenia? Greece? Or even… France? Does anyone down there even care about European politics?

Now that Pierre Moscovici has refused to join the Spitzenkandidat race, all we are pretty much left with are candidates from northern, Protestant, liberal countries.

On the conservative side (EPP), we have Manfred Weber from Germany. Southern Germany, but CSU. And it’s not the warmest party on earth at the moment. And then the iron Iceman, the perfect bespectacled dude from Finland, Alexander Stubb.

In the centre (ALDE), Margrethe Vestager has said she can’t run as she does not have Denmark’s support. A lot of interns around Macron might be ready to dive in, but they are too young, nobody knows them and Macron himself despises the Spitzenkandidat system.

Then you have also Verhofstadt, but he is too old and everybody is tired of him – plus he is from Belgium.

The Greens should go for some tandem of Bas Eickhout and Ska Keller, two lovely young and charming people for sure. But coming from the Netherlands and Germany, respectively, they both grew up north of the 51st parallel. Yes, the one that goes through Brussels.

Then for the socialists (PES), we have Maros Šefčovič, and one might be tempted to argue that Slovakia is fairly south. But it’s not. It’s just level with Bavaria, only to the east.

The other potential socialist candidate would never be called a socialist outside his own cold country, all the more so as he has a slight authoritarian bias.

Juncker’s right-hand man, Frans Timmermans, from the Netherlands. And he is not even an official candidate yet.

For the radical left, the Germans are still leading the race, with Grygor Gysi or Gabriele Zimmer who might be interested, but their party is not sure to play the ‘spitz‘ game.

There is still plenty of time before the elections. But does anyone still want a German-driven Commission, with fence projects everywhere, no alcohol or humour [now that the Brits and Juncker are leaving] and tight economic policies that will starve everyone?

So, southern politicians, get a grip on yourself, especially women, please. The old-white-men-only club is not very hip anymore.

And as Alex Stubb puts it, “in the end, there are five EU top jobs”. So if you don’t strike lucky straight away and climb to the top of the stairs at the Berlaymont, you might still find a job in the end.

Power struggles. Skirmishes in Germany’s grand coalition are eyed with growing concern from abroad as they might hamper the country’s role in the EU.

France gears up. While Macron’s ‘En Marche’ kicked off its election campaign in Germany, La France Insoumise wants to turn them into an anti-Macron referendum.

Shuttle diplomacy. Austria’s Sebastian Kurz once again paid a visit to Russia, a move that was criticised as slightly indelicate due to current tensions.

Visegrad express. Four Central European countries have a plan to build a high-speed rail link between Budapest and Warsaw.

Building bridges. A new second bridge in Ruse, the largest Bulgarian city on the Danube, could be the future of cross-border regional cooperation with Romania.

Great Expectations. Poland’s turn at holding the COP24 is meant to be the one shot at making the Paris Agreement a reality.

Great Danes. Denmark’s PM revealed that plans are afoot to ban diesel and petrol cars by 2030, as well as get a million electric cars onto Danish roads.

Romania grilling. This week saw a heated debate in Strasbourg on the rule of law under threat in Romania, with Commission and MEPs demanding explanations on controversial reforms of the judicial system.

Open door, but… Macedonia can only join NATO if it implements the name deal with Greece, the Alliance told Skopje.

Big controversy. Some uproar stroke Athens this week as the country’s largest opposition force, New Democracy, in strong opposition to the name deal with Skopje, was suspected of secretive contacts with Macedonian PM Zoran Zaev.

Cross-border data flow. Estonia and Finland will start exchanging digital prescriptions at the end of the year. Other EU countries are hoped to follow.