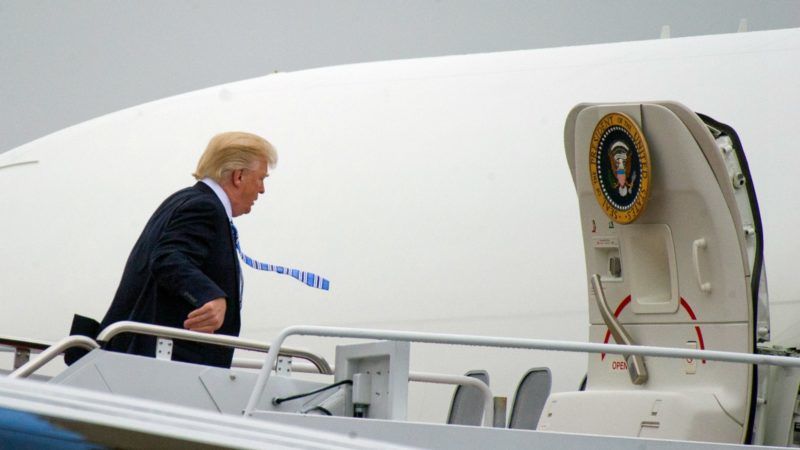 US President Donald J. Trump boards the 'Air Force One' at Joint Base Andrews in Maryland, USA, 13 May 2017. [Ron Sachs/Pool/EPA]

Senior US administration officials told AFP that Trump will break bread with Macron on 25 May in Brussels and “compare perspectives”.

The White House believes the 39-year-old French centrist – who took office on Sunday (14 May) – and the 70-year-old US leader are not as uncomfortable allies as it first may seem. 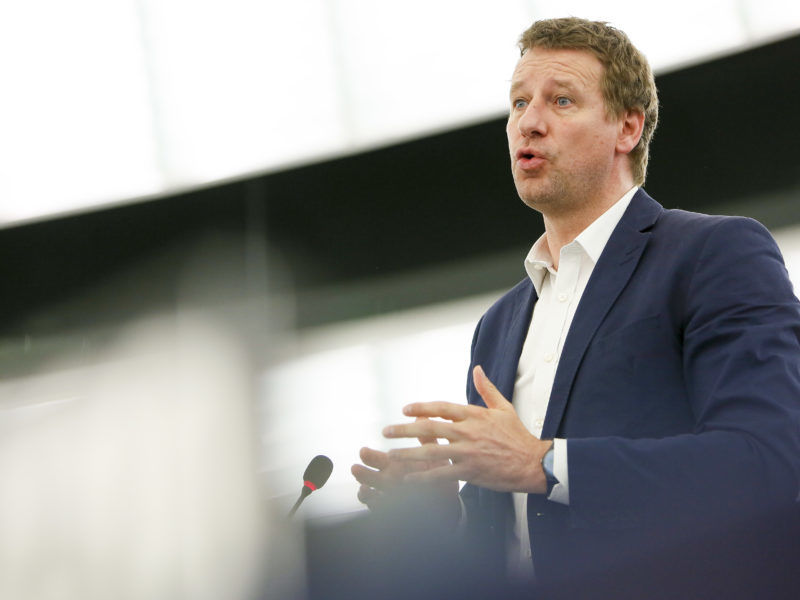 Jadot: 'Macron and Le Pen are like Clinton and Trump'

Green presidential candidate Yannick Jadot has called for his supporters to back Emmanuel Macron in the second round of the French election this Sunday (7 May). But the former banker’s “technocratic” vision of Europe is unconvincing, Jadot told EURACTIV France.

This despite suspicions that Trump would have preferred far-right candidate Marine Le Pen to win the recent French election.

For one, both Macron and Trump are presidential neophytes.

“They are two of the newest leaders to the stage,” said a senior Trump administration official, adding that a recent phone call between the two leaders went very well.

Trump “was very impressed with Mr Macron”, said the official, who had direct knowledge of the call.

Trump – who regularly gripes about getting insufficient credit for his November 2016 election victory – was impressed that Macron won almost 50% more votes than Le Pen.

“It was clearly a very strong electoral win,” said the official, who asked not to be named in order to discuss sensitive issues.

While their ideology may differ, both Trump and Macron “come from outside traditional political lines”.

Macron was the first candidate from outside the traditional political parties to win the French presidency in decades.

The White House also believes that the impression that Trump supported Le Pen is exaggerated, based only on “one tweet about borders” and Le Pen’s visit to Trump Tower in January, before the US billionaire took office.

Trump aides stress that Le Pen had no meeting with the campaign when she visited Trump Tower, much less with the now-president.

In April Trump tweeted in the wake of a deadly shooting on the Champs Élysées: “Another terrorist attack in Paris. The people of France will not take much more of this. Will have a big effect on presidential election!”

Trump also once remarked that Le Pen had been the “strongest on borders and she’s the strongest on what’s been going on in France”.

When Macron and Trump do sit down the agenda is likely to be dominated by counter-terrorism cooperation, which the White House describes as “excellent”.

But there may also be some common ground on the economy.

“Macron has a lot of reforms in mind”, one senior administration official said, and both leaders could help “jump start Europe”.

Since becoming president, Trump appears to be torn between pro-business instincts and a verve for protectionism.

In his more populist moments, Trump has suggested he would not consider trade agreements with the European Union, looking for bilateral agreements instead.

Many European capitals see that as the economic equivalent of divide and conquer, with potentially damaging consequences for their economies and the cohesion of the European Union.

There may, however, be a point of contention on NATO spending.

Trump has been browbeating European governments to spend a higher portion of their GDP on collective defence.

“As far as the president is concerned, he wants to see the 2% target met right now,” a second US official said.

That is “not practical” the source admitted, but as long as Europe is moving strongly in that direction common ground may be found.

“It’s all about burden sharing,” the US official said.

Both Trump and Macron will be in the Belgian capital for a meeting of NATO leaders before traveling to the G7 summit in Sicily.

While in Brussels, Trump will also meet the King and prime minister of Belgium.