Tsipras: EU ‘disaster’ if ultra-right Weber is next Commission chief 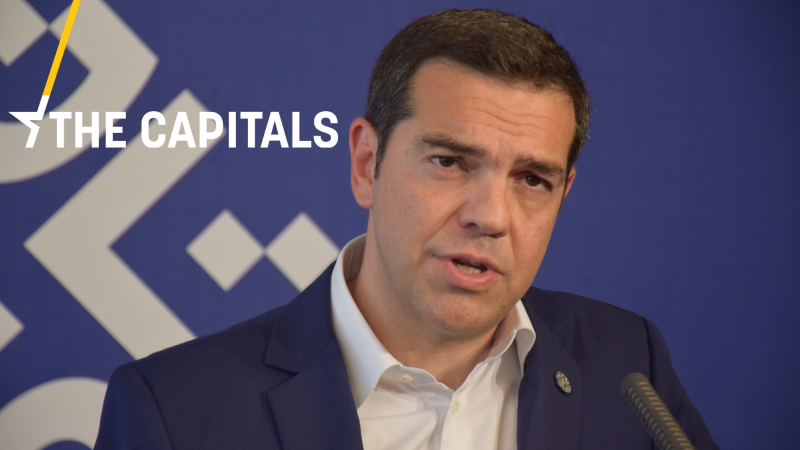 Pro-European progressive political parties should join forces to prevent EPP Spitzenkandidat Manfred Weber from becoming the next President of the European Commission, Greek Prime Minister Alexis Tsipras has said, according to government sources.

“All progressive forces should agree that we have a responsibility and obligation to prevent the election of the extreme neoliberal and ultra-right Bavarian political Manfred Weber to the presidency of the European Commission,” leftist Tsipras said at the EU socialist pre-summit yesterday (21 March).

“Such a development would formally mark the collaboration between the right with the far-right, and that would be disastrous for the future of Europe,” he added.

Tsipras’s party belongs to the European Left but he is always invited at the EU socialists’ meetings. The so-called progressives (socialist, green, leftist parties) have different candidates for the EU elections but a post-election collaboration among them has not been ruled out.

The EU centre-right was also criticised by EU socialists for its decision not to expel but to suspend Viktor Orban’s Fidesz party from its ranks.

“Tolerating Orbán for such a long time […] has allowed for an Orbánisation of the EPP, which will be hard to reverse. The credibility of EPP as a reliable partner in the fight against right-wing populism has suffered considerably,” EU socialist chief in the EU House Udo Bullmann has said.

Weber has said he wants to be a “bridge” with rising voices on the right such as Italy’s Salvini while Orban, despite the EPP decision, made it clear he would back Weber for the top EU Commission post. (Sarantis Michalopoulos, EURACTIV.com)

“Hungary’s ruling party must now comply if it wants to remain in the EPP family. New Democracy made it clear since the very beginning that such attitudes cannot be tolerated within the EPP. They are inconsistent with the principles and values we share in our European center-right line,” Yannis Smyrlis, ND’s secretary of International Relations and the EU, told EURACTIV Greece. (Theodore Karaoulanis, EURACTIV.gr).

May’s Catch-22: Member states agreed late on Thursday evening to offer the UK an extension to the Brexit withdrawal date until 12 April, conditional on May’s plans being passed by members of parliament in the House of Commons.

If members actually decided to back May’s deal, the EU would be prepared to offer a further extension until 22 May.

At the close of the summit on Thursday evening, EU Council President Donald Tusk cited the ‘positive’ nature of the meeting with May, saying that the gathering had been conducted in a spirit of goodwill and that he was “optimistic” that May’s deal would be adopted back in Westminster. (Samuel Stolton, EURACTIV.com). Read more

Schulz back again? EURACTIV’s partner Der Tagesspiegel reported that former socialist SPD leader and EU Parliament’s chief Martin Schulz wants to get back to the front row. Schulz’s name keeps appearing whenever the SPD is speculating about current leader Andrea Nahles’s succession and that could happen sooner than expected, the paper added.

Should the SPD score fairly low in the next EU and regional elections in Bremen (both taking place on 26 May), Nahles would be forced to act. If she still wants to keep leadership, she would at least have to hand over the group presidency as a compromise, Der Tagesspiegel writes.

WikiOff: The German version of Wikipedia was turned off on 21 March in protest against the new EU copyright law which is awaiting its final approval by the European Parliament. (Claire Stam, EURACTIV.de)

Hard Brexit would hit hard French economy: According to a study led by the Bertelsmann Foundation, a hard Brexit would cost Germany around €10 billion and France about €8 billion a year, which would make Paris and Berlin the two main economic victims of a no-deal scenario. (EURACTIV.fr)

Allow guns: The leader of the Spanish far-right political party Vox, Santiago Abascal, has proposed a US-style reform of the Spanish criminal code and gun regulations in order to make it easier to own a gun and to ensure people who shoot home invaders are not prosecuted by the law, El País reported.

Spain’s Electoral Board threatened Catalan President Quim Torra, a hardline separatist, with criminal charges on Monday if he does not withdraw separatist symbols from official buildings within 24 hours. But he just switched a yellow ribbon for a white-and-red one in a bid to circumvent election campaign rules, according to El País.

Dispute over finances: Teresa Czerwinska, Poland’s finance minister, will most likely leave the government. She argues that the new government’s social spending programme will be too much of a burden for the country’s budget.

But as the EU and national elections are looming on the horizon, the conservative ruling Law and Justice party (PiS/ECR) don’t want to give up on their electoral promises, creating tensions between the party’s core and fiscal conservatives, such as Czerwinska. (EURACTIV.pl)

Turkey is an ISIS ally: Czech President Miloš Zeman said Ankara was a “de facto” ally of the Islamic State. His remark triggered the reaction of the Foreign Ministry of Turkey, who said Zeman’s statement was untrue, insulting and incompatible with the traditionally good relations between the two states.

WikiOff: The Czech version of Wikipedia was turned off on 21 March in protest against the new EU copyright law, which is awaiting its final approval by the EU Parliament. Chairman of the Wikimedia Czech Republic Vojtěch Dostál conceded that new law would not directly affect Wikipedia, but rather limit the accessibility of the sources. (Aneta Zachová, EURACTIV.cz)

Who reads treaties properly? “Baltic states sign treaties without properly reading them”, said the chairman of the European Affairs Committee of the Slovak Parliament, Luboš Blaha (Smer, PES). The Slovak government coalition is in the middle of the dispute over an agreement with Washington regarding US financial assistance for the reconstruction of two military airports in Slovakia. Similar bilateral deals have been signed by 18 other EU member states. (EURACTIV.sk)

MEP indicted for corruption: Romania’s Anticorruption Directorate (DNA) has sent Laurentiu Rebega, a socialist MEP elected on the lists of PSD but now a member of the conservative ECR GROUP, to court for several graft offences.

Rebega, who was VP of the Prahova County Council at the time, is accused of EU funding fraud, money laundering and use of forgery in relation to CAP payments. Rebega is now a VP of former PM Victor Ponta´s Pro Romania party and seeks re-election in the EP.

Ponta recently told EURACTIV.com that he was deeply disappointed by “the grave breaches of rule of law, European and socialist values by the Romanian government” and criticised the tolerance shown by the EU socialist family.

Sudden vacation: Tudorel Toader, Romania’s minister of justice, has taken a few days off just when he was supposed to interview the candidates to represent Romania in the European Prosecutor’s Office (EPPO). The interviews, set for 22 March, will be rescheduled. Serban Nicolae, senator for the ruling party PSD (S&D), said this week that Romania should have not joined the EPPO in such “haste”. (EURACTIV.ro)

Big scandal rocks Borissov’s GERB party (EPP): The Bulgarian Prosecutor-General’s Office said it has launched an investigation into a real estate deal by Tzvetan Tzvetanov, the deputy chairman of the ruling GERB party. According to an investigation by Radio Free Europe, Tzvetanov obtained a new luxury apartment in Sofia in June 2018 from a private construction firm in a cash-and-property-swap deal, at prices well below the market.

In Brussels, Borissov responded furiously to the reports and told journalists he was going to make “very hard decisions” after the authorities investigate the case. He expressed anger that the scandal is hitting GERB ahead of the EU elections. According to polls, the difference between GERB (EPP-affiliated) and the opposition Bulgarian Socialist Party BSP is at 2-3%. (Georgi Gotev, EURACTIV.com.) [More on this topic]

Fight against shadow economy: The Coordination Body for fighting the shadow economy has adopted an action plan, which will contribute to a better economic and business environment, as well as a better position of workers, considering that the shadow economy still makes up a large share (15%) of GDP. (Julija Simić, Beta-EURACTIV.rs)